Small gains were made today across the board as volume was extremely light, even for half a day. Friday isn’t expected to be a “normal” trading day either so perhaps the best thing would be to take a breather and start back up on Monday. 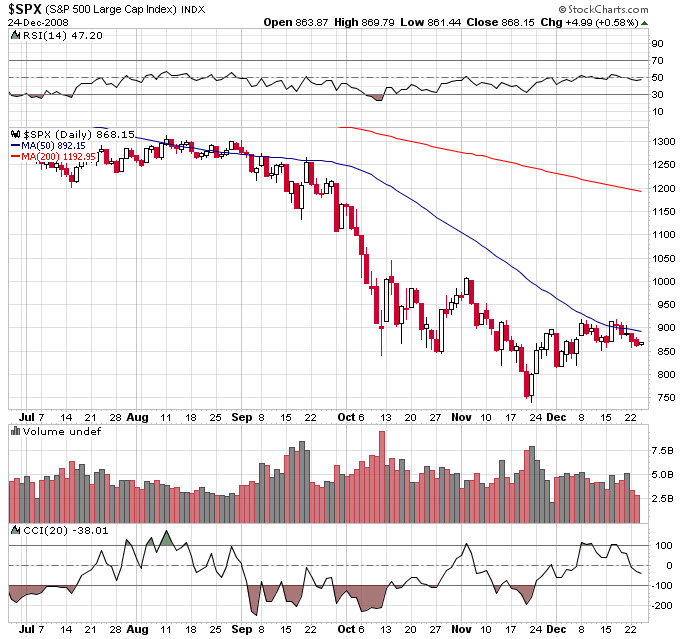 Weekly jobless claims came in a bit hotter than expected with 586,000 new requests for jobless benefits. That’s the highest number since November of 1982! Despite the increase, futures rose but it could be argued that it had more to do with the durable goods number than jobs. The street was looking for a 3% drop in durable goods but was given a 1% drop for November. The largest contributor to the drop came from a 37.7% drop in demand for commercial aircraft.

As far as the consumer is concerned, things are getting tighter as the recession wears on. In fact, November was the fifth straight month that spending was reigned in, .6% to be exact. Remember that in October the spending contracted by 1% while income shrank .1%. Income for November contracted by .2% so yes, we spent a bit more in November than October even though some were making less, but my guess is that most of that created more personal debt.

There are no scheduled economic events for Friday. There are no S&P 500 companies reporting earnings Friday. Have a happy holiday season and be careful on Friday as volume will be light and there could be volatility as a result.