As expected, another light volume day and not much movement, relatively speaking, either. The selling pressure did kick in around 10:30 as the decliners broke above the advancers in the breadth. Bad news continues to come into the equities market yet, for the most part, the bulls are standing firm. GDP did come in as expected though but new home sales fell to their lowest levels in 18 years and existing homes sales fell 8.6%. A lot of this news is priced into the market already and with such light volume, the “real” consensus isn’t known. 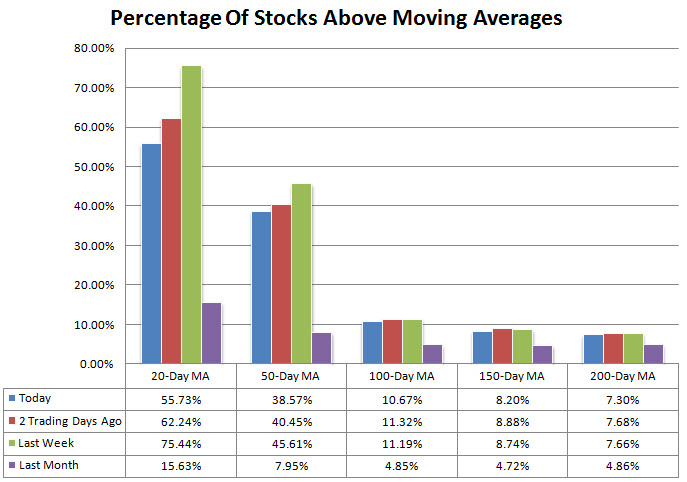 With 3 ½ days of actual trading left in 2008, we are on track to see the worst yearly performance in over 75 years. As an example, the broader index ($SPX) is down about 40% for the year and with expected light volume going into the end of the year, it doesn’t look possible to make a sustained gain. I’ve said it before, and I’ll say it again, the earnings season for the next quarter will be the deciding factor for the first part of 2009. The expectation is that, based on companies’ forecasts, the next quarter will be lousy. If the numbers are worse than expected AND we get lousy forward looking statements, we’ve got the potential for extreme lows. 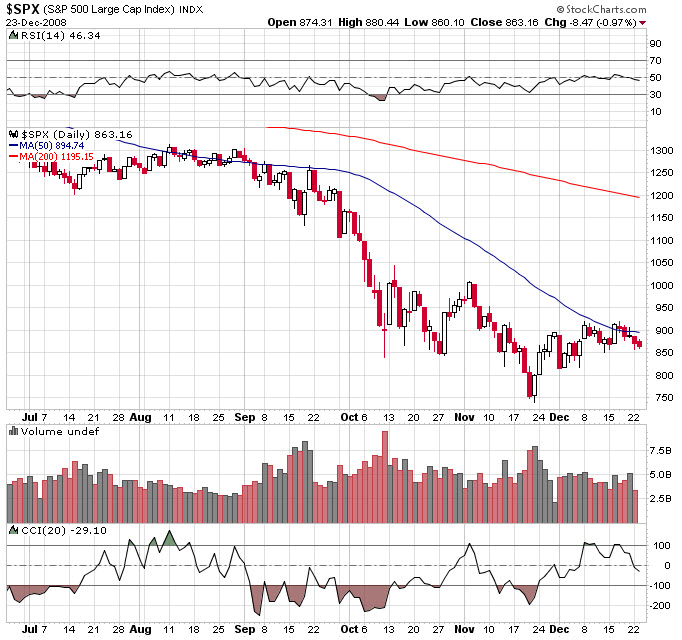 Tomorrow’s trading session will be cut short at noon ET so don’t expect much, if anything, past 10:30. There are some good economic reports coming out tomorrow morning so there could be some nice movement early. The GDP and weekly jobless claims are the two biggest reports and both come out an hour before the market opens. We may have to wait until Monday to see the real reaction as volume is expected to be light on Friday this week as well. Have a good holiday and spend some time away from the markets to regain some perspective.