As if the major indices were taking a cue from congress, we were given dojis for the most part today after Tuesday’s sell-off. Today’s “rally” is being attributed to an agreement that the stimulus package will pass and be on the President’s desk soon. After a sell-off, it’s not too unusual to see a bounce so today’s price action may be due to more than just an agreement (in principal) on Capitol Hill. Whatever the cause, it wasn’t very convincing as there are dojis that formed and that is hard to deny. 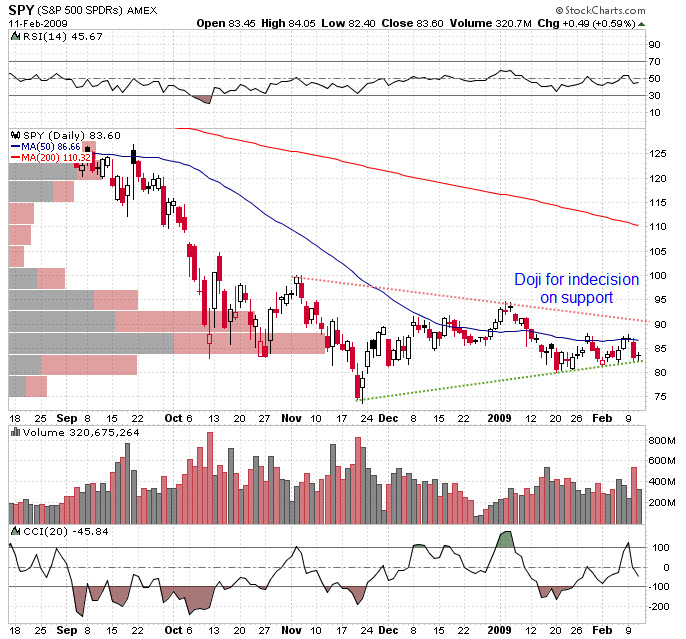 One of the stocks being blamed for the lower open today is Research In Motion (RIMM). Basically the stock has climbed about 40% the start of 2009 and when news came out today that RIMM’s earnings were going to be less than stellar, the selling ensued. In fact, RIMM ended down over 14.5%. The 50 MA was tested today as support and we’ll have to wait a day or two to see what the consensus is for the longer-term investor as the momentum traders drove the stock down hard today on huge volume. 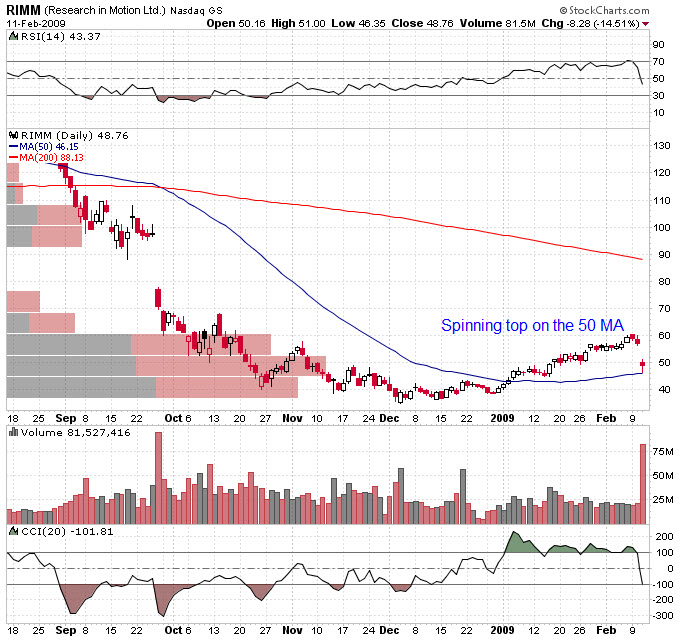 Tomorrow we get some good insight into the retail sector (RTH) as the monthly retail sales numbers are released about an hour before the market opens. It’s no secret that the consumer is definitely strapped, nor is it a secret that the government is trying to jump start the consumer confidence. The question for tomorrow is how tight the purse strings are. The sector is near uptrend support so tomorrow’s numbers could be a catalyst to drive it lower. On the other hand, the numbers could be better than expected and we could see RTH close above the 50 MA. 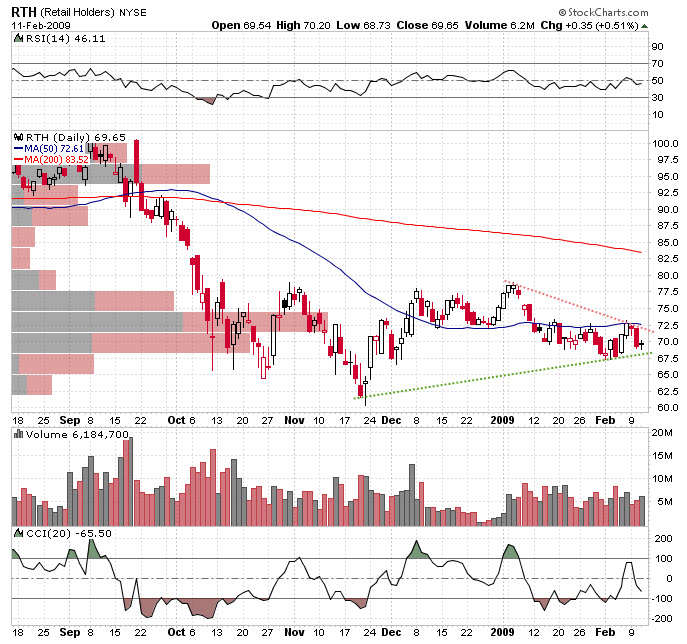