Should Bounces Be Shorted?

The expected bounce occurred on Friday with a better than expected non-farm payrolls report. In reality though, the futures closed on the lows after the cash close Friday. In addition, the “rally” was rather suspect as gains couldn’t be held and the broader market closed higher due to the gap but lower than the open. Add to the daily weakness the fact that the weekly candle is a bearish engulfing one and any rally begins to be suspect.

We are now closed back under R1 for the May expiration and the best laid scenario would be for a test of the pivot at 1313 and fill the gap from April 19th. While that isn’t likely, it would be nice to see. I really like the pop in implied volatility that we saw this past week  and that bodes well for most premium sellers.

Next week is rather light on the front-end as the PPI and retail sales along with weekly claims and Bernanke testifying, all on Thursday. The focus going into next week will be the US Dollar as weakness is seen in the European Union (EU). Obviously the commodity space is involved and silver, gold, oil and copper should be watched as well. Two weeks left in the May cycle! 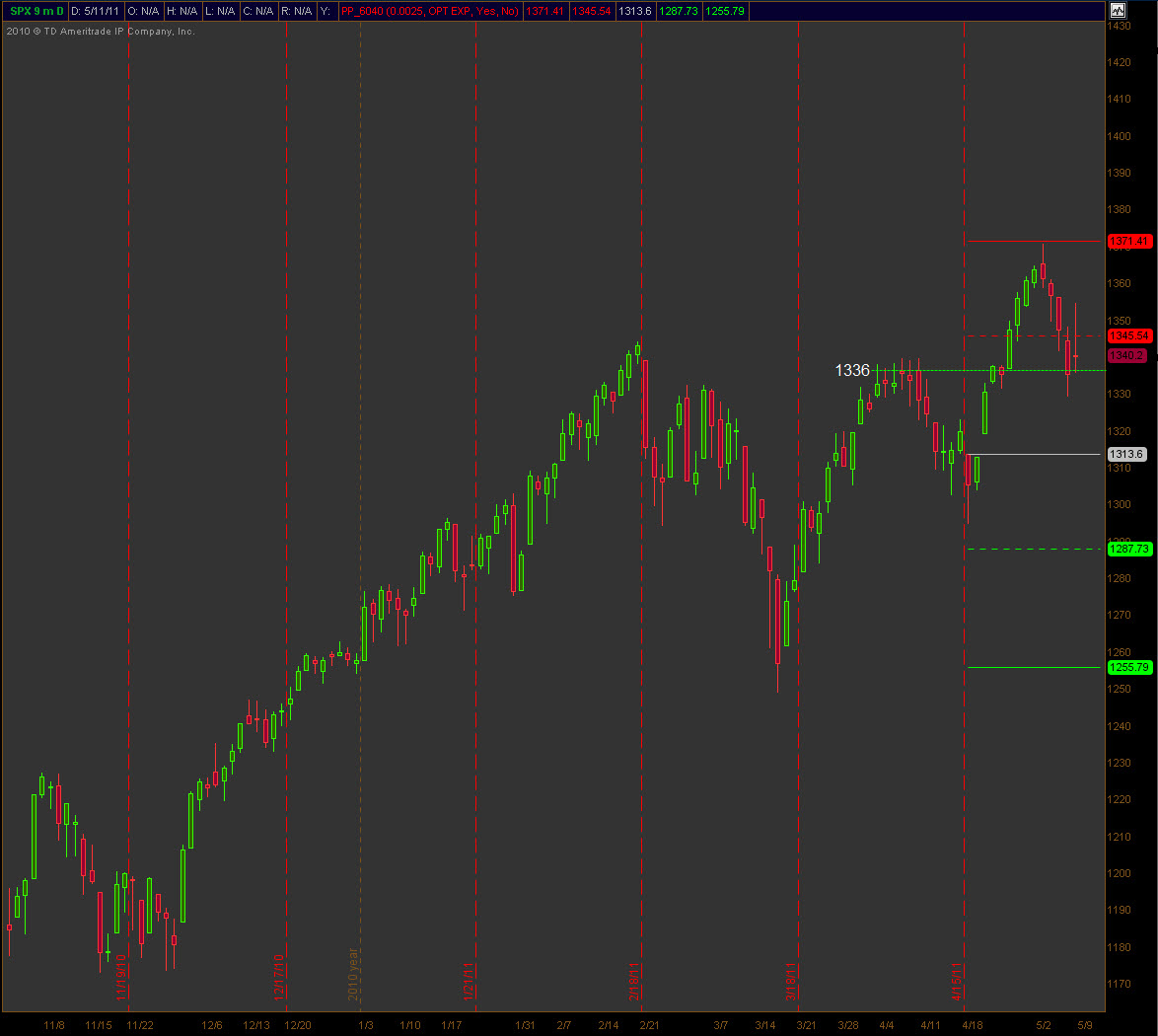 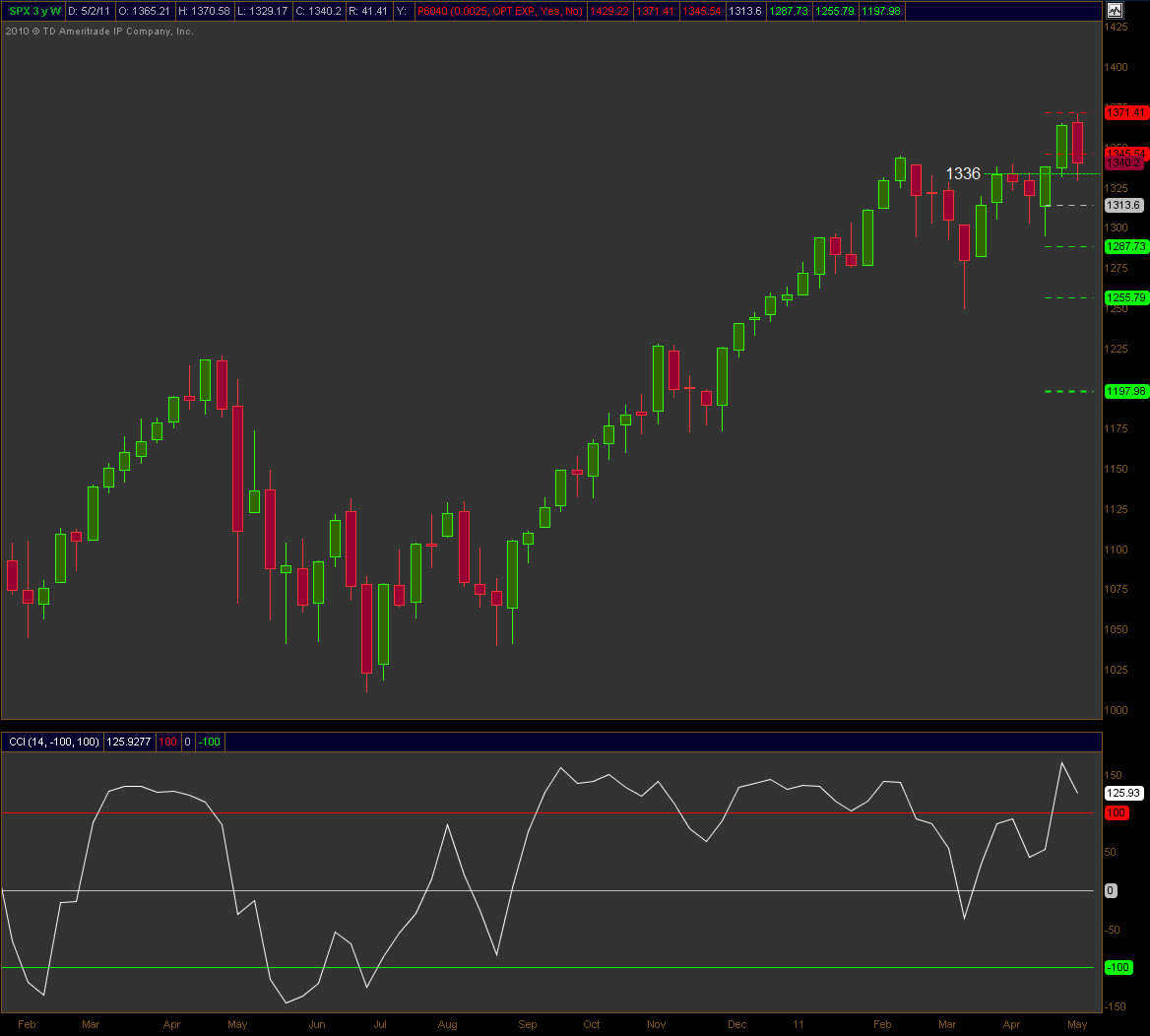 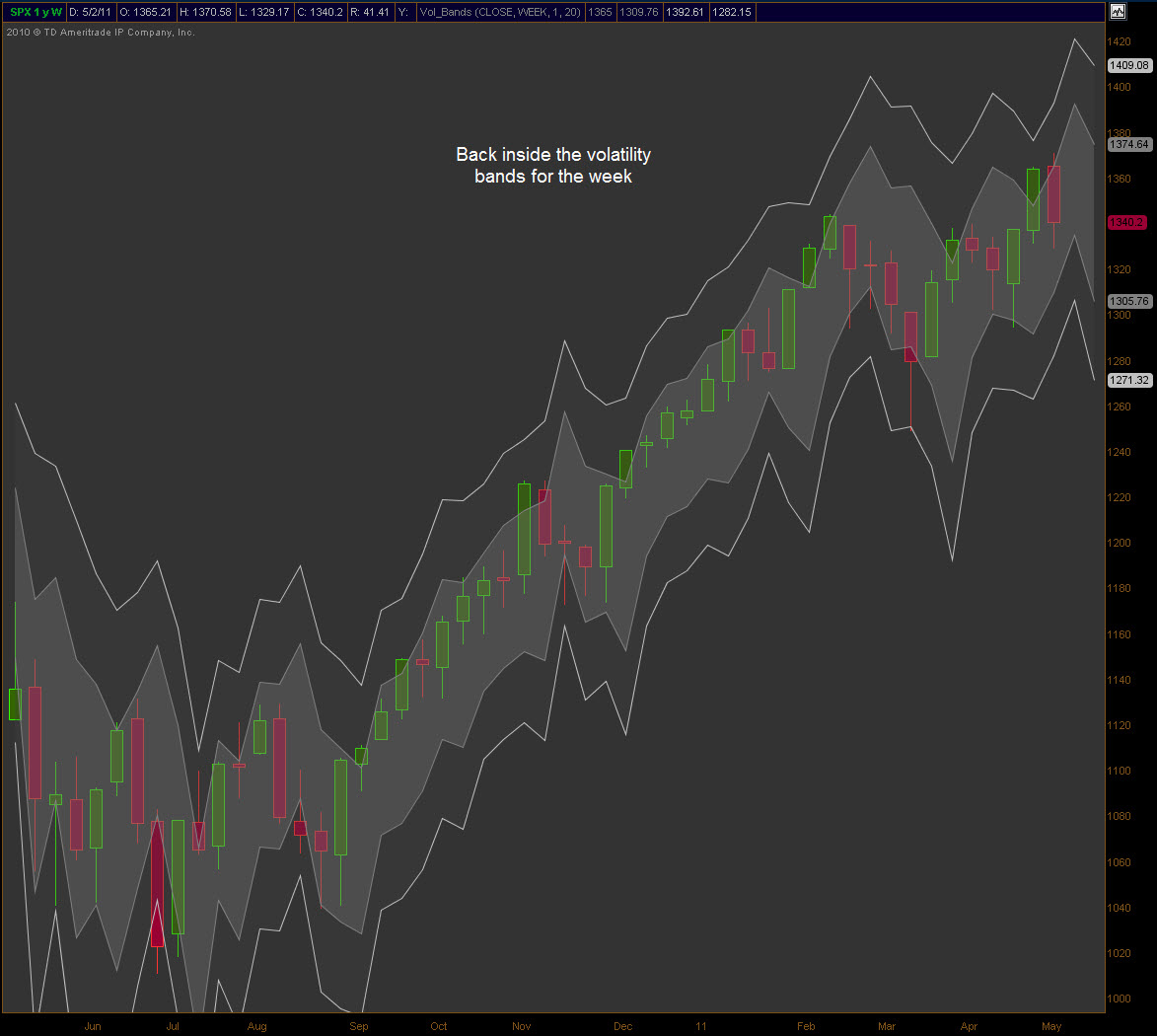 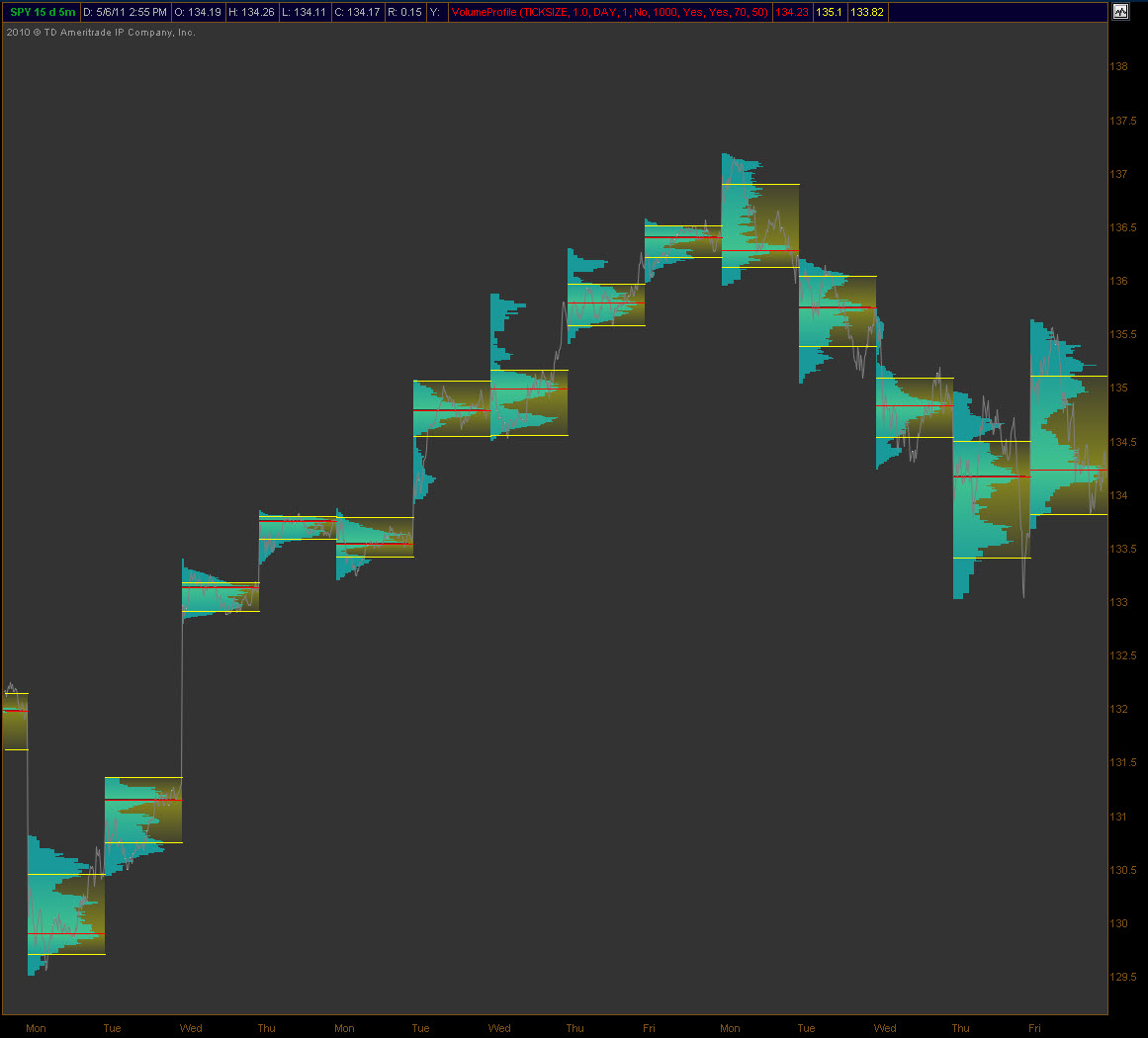 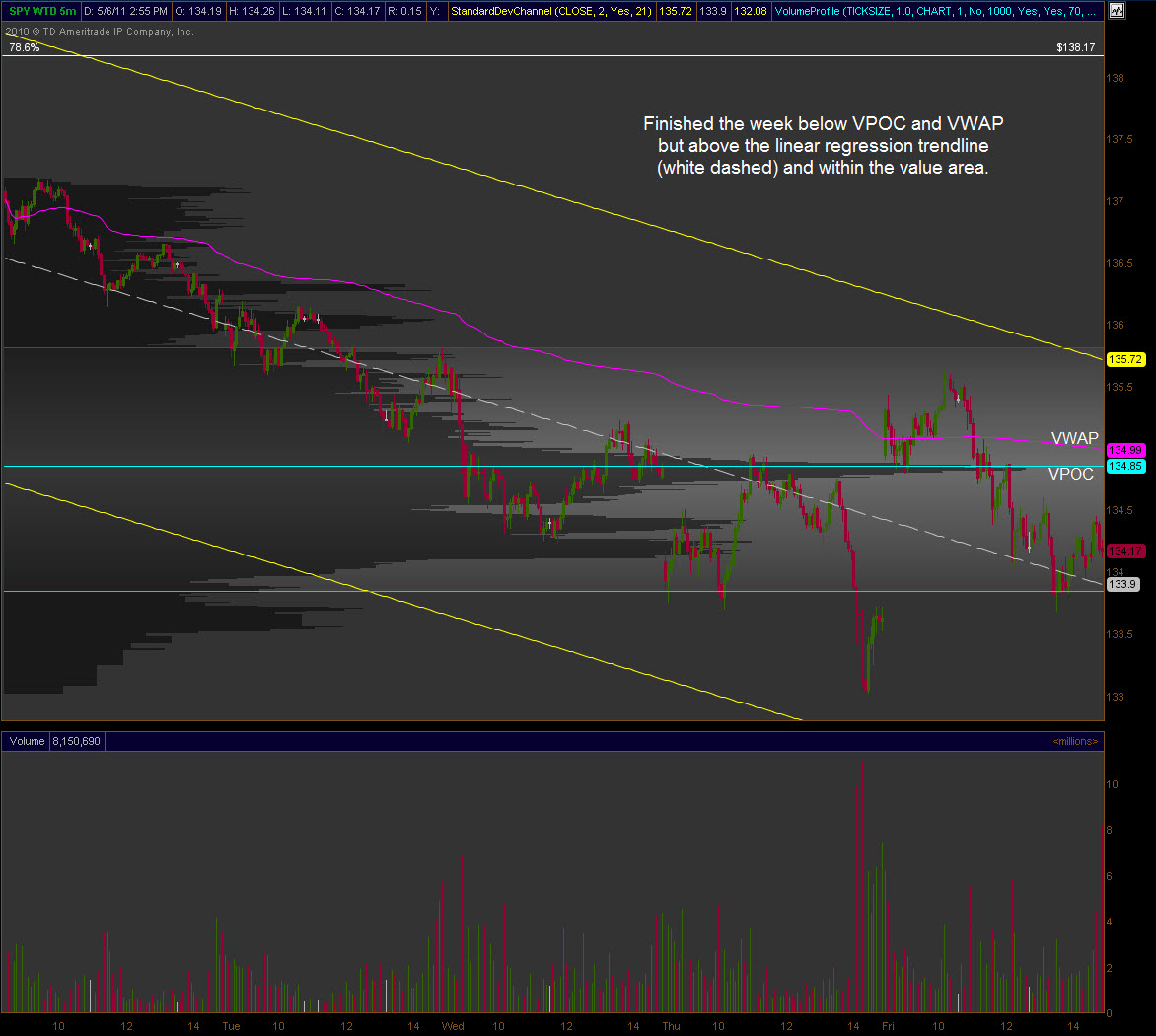 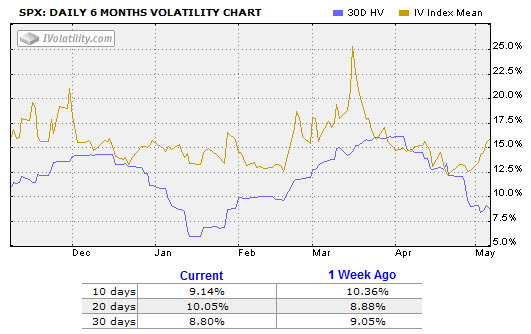