Seems that the market couldn’t be at a more pivotal point than where it sits as of the close tonight. Two days left in the May options and the $SPY has touched the 200 SMA again and closed under the 112.02 level I’ve mentioned this week. Actually, with today’s price action that level is now 112.03 but what’s a penny?? Below is a chart of the daily SPY and the standard deviation channel with 1 being the upper (1 standard deviation above the midpoint) band, 2 being the midpoint and 3 being the lower band (1 standard deviation below the midpoint). What’s the significance of the 112.02 level? Since July, the last time the SPY was down around the 200 SMA, it’s the average price that is 1 standard deviation below the uptrend. We’ve also spared to see a close under that level since then as well, although two times the price has dipped below it intra-day. Tha’s all changed now since today’s price action closed under the 112.02 level. 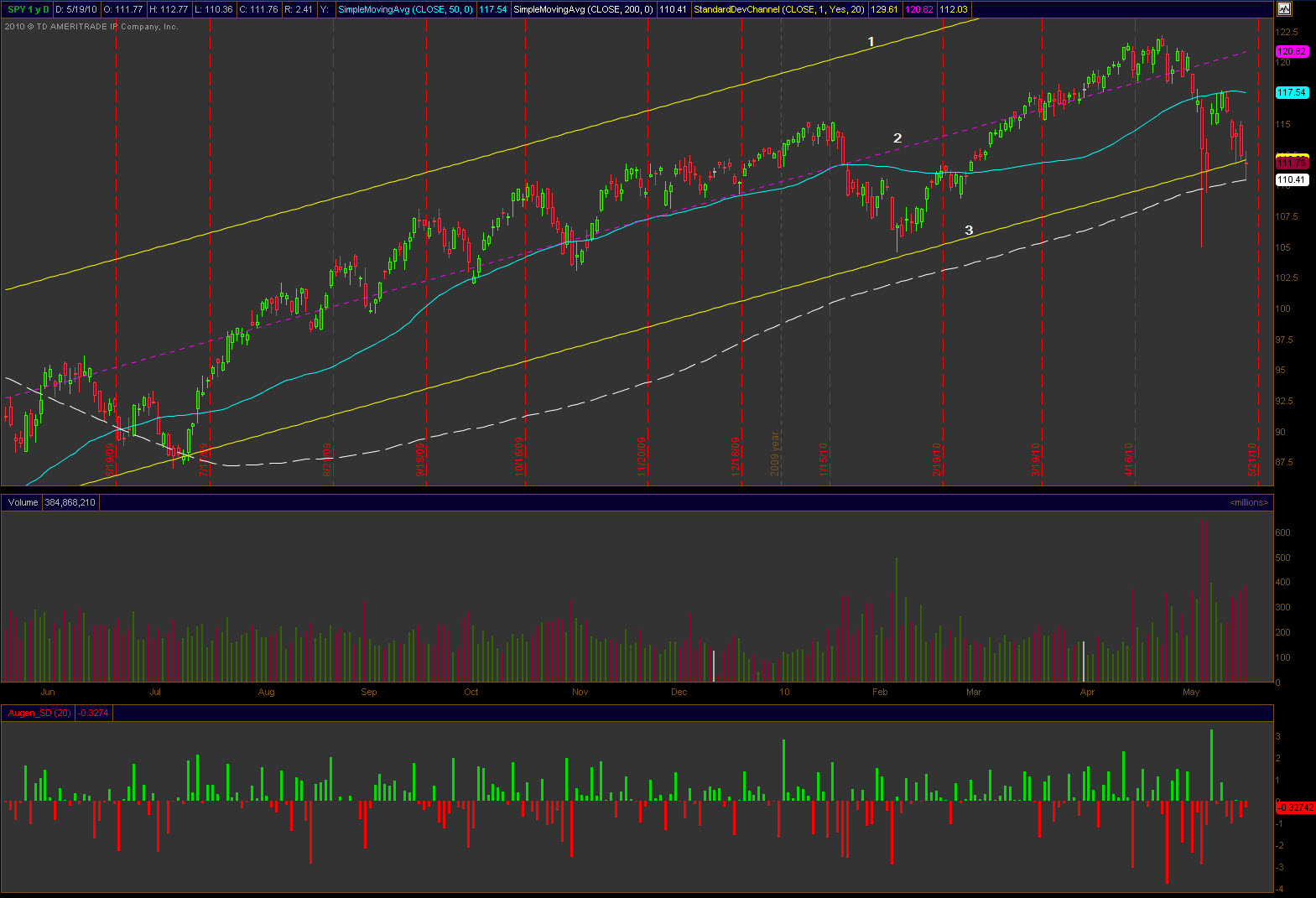 The only thing I’m concerned with is that we are in opex and “crazy stuff” has the tendency to occur during this week. It’s akin to buying a breakout that occurs during lunch only to have it peg your stop as soon as recess is over. Now I’m not saying that the market will move higher Thursday and Friday as we head into the weekend and the end of the May cycle, but the thought has crossed my mind. At this point I’m waiting to see what happens with the 200 SMA and whether or not we get a close under that level. There’s the flash crash low right there at 111.26 as well so several key levels to watch here. Bottom line is that if it weren’t opex we might actually get an answer this week as to whether or not the flash crash low and/or the 200 SMA will provide support. Wait and see what happens next week is my plan. Sucks, but patience preserves capital.