I’ve been trading long enough to know better than to step in front of a moving truck and right now the market has the momentum of a Mac. However, there are some indications that have me a little skeptical of this most recent push higher and thought I would share them. First up is a weekly chart which clearly defines the break of prior resistance at 1343 as well as R1 (1345.54) of the May option cycle. That red solid line standing at 1371.41 is R2 of the May cycle and is a short-term target and may be hit early next week. I’d expect a pullback once that occurs, perhaps to test prior resistance as new support. 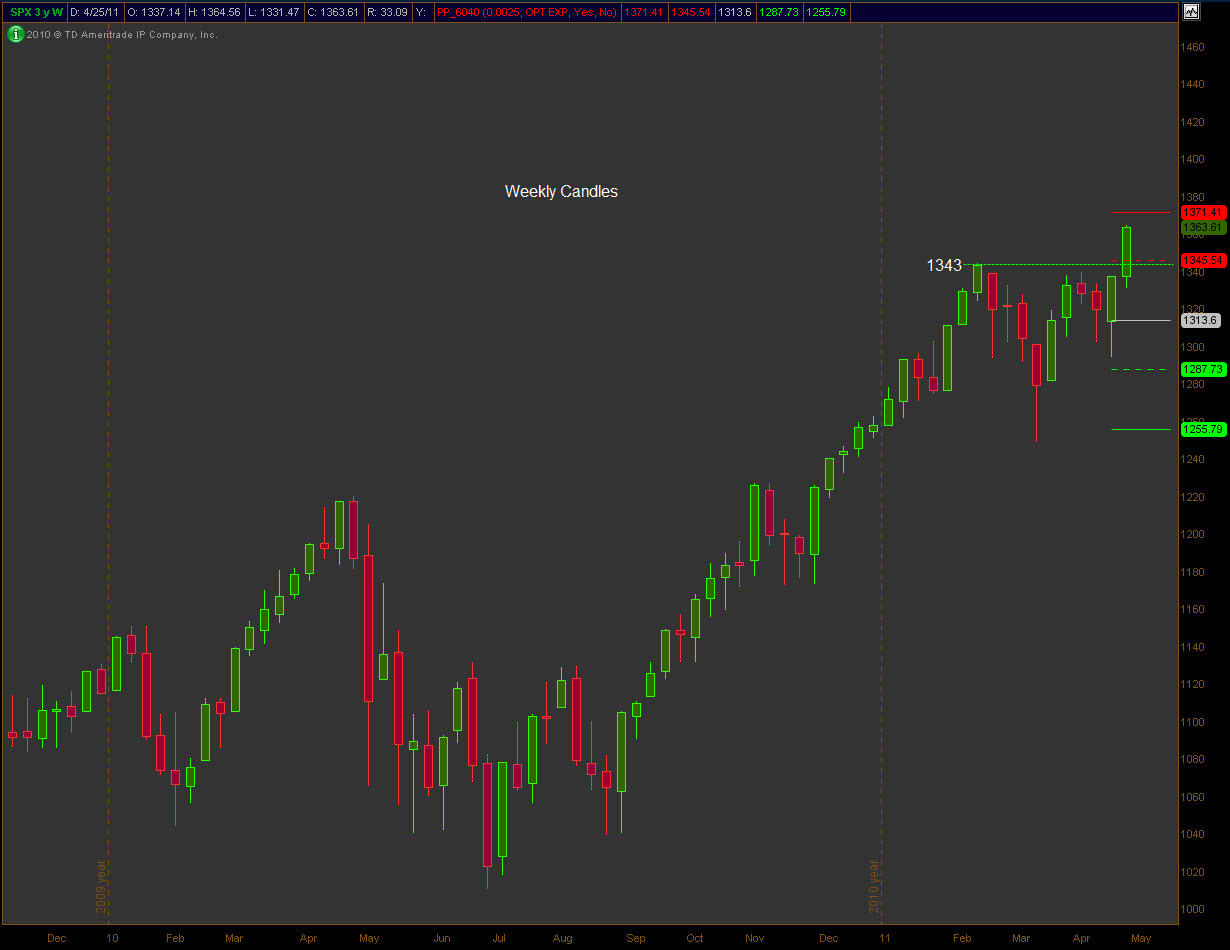 The volatility bands on a weekly basis closed well above 1 standard deviation this week. If you watched the futures after the cash close Friday you saw an extended push higher to new levels. It wouldn’t surprise me one bit that we have a .7% or higher gap come Monday and test that R2 level. The chart below shows the prior instances (yellow triangle) over the past few years when the $SPX closed outside the first standard deviation. No clear edge can be seen in my opinion. 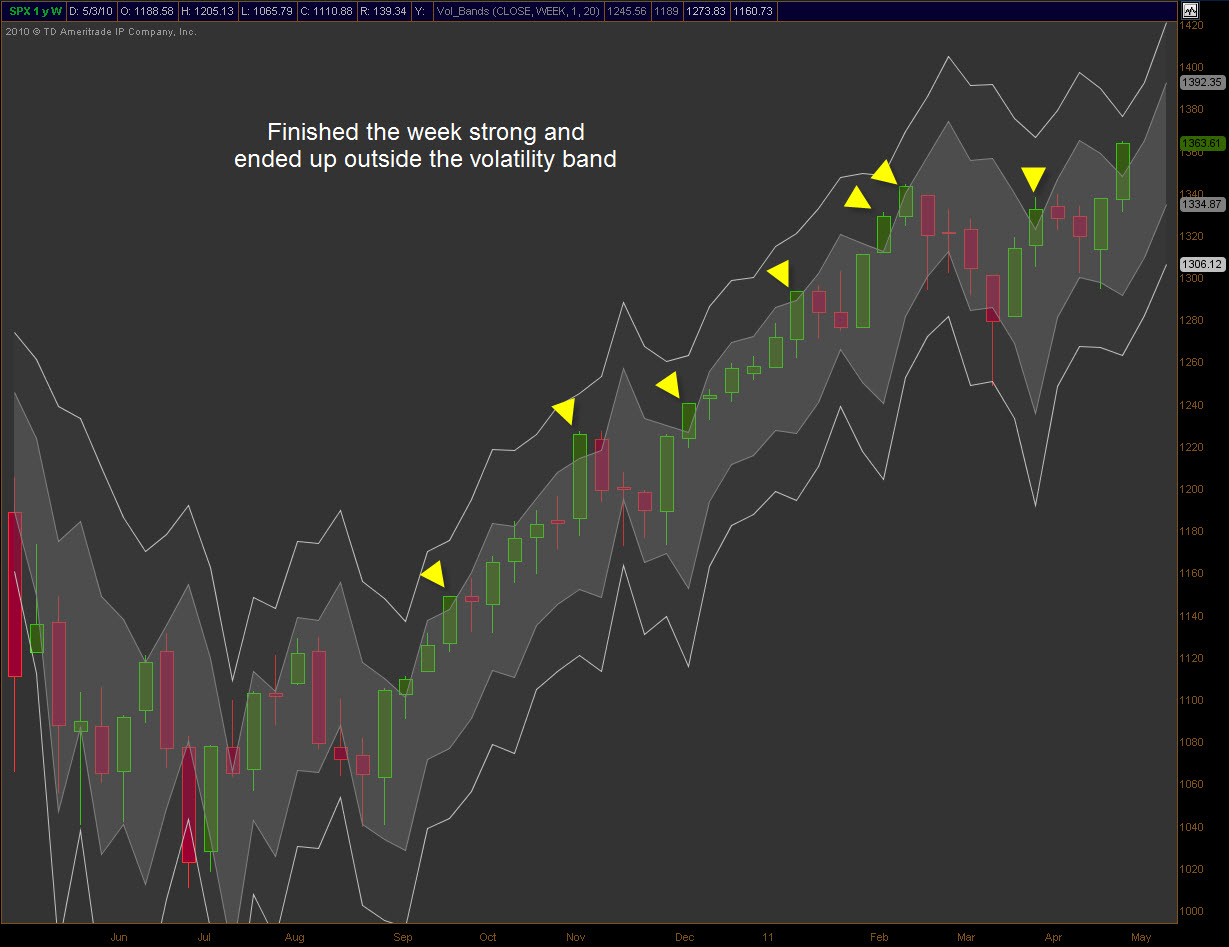 Last up are a few charts that bring into question the breadth of this most recent breakout. The first one shows the number of S&P stocks making new 5-day highs as dropping in light of the $SPX making new highs. The second chart shows the percentage of stocks above their 50-day simple moving average as being in a downtrend and at resistance while the $SPX makes new highs. 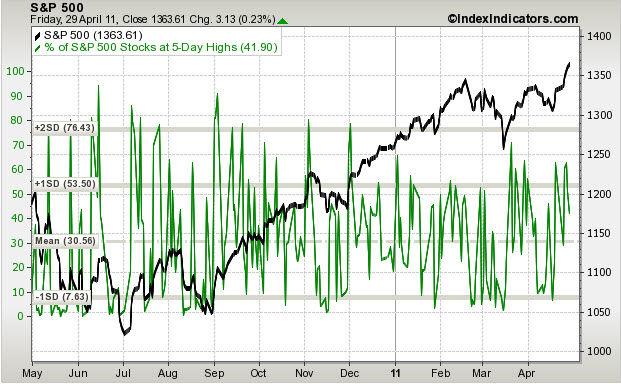 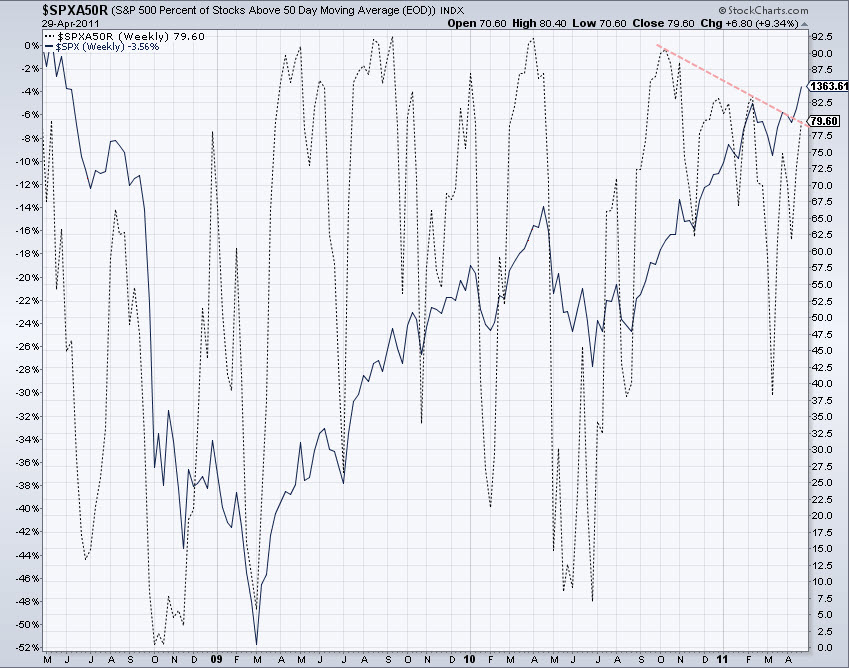 Bottom line for me is that the breadth of this most recent run is suspect and many other short-term indicators suggest an overbought market as we head into May. To add to the indecisiveness, the current term structure of the $VIX is in contango as the futures have large premiums to the cash VIX. It feels as though there is a significant move coming so I’m trading really light right now in anticipation of such a move. I’d rather miss a move versus trying to game it and be on the wrong end of the trade.