In comparing today’s market activity with yesterday’s you can definitely tell the difference when the market is acting in unison. For those of you that trade intraday you can definitely see the momentum if you look at the breadth and the trin. I’ve put charts up for both and you can see that there wasn’t much of a decision to make as far as what side of the market to be on today. 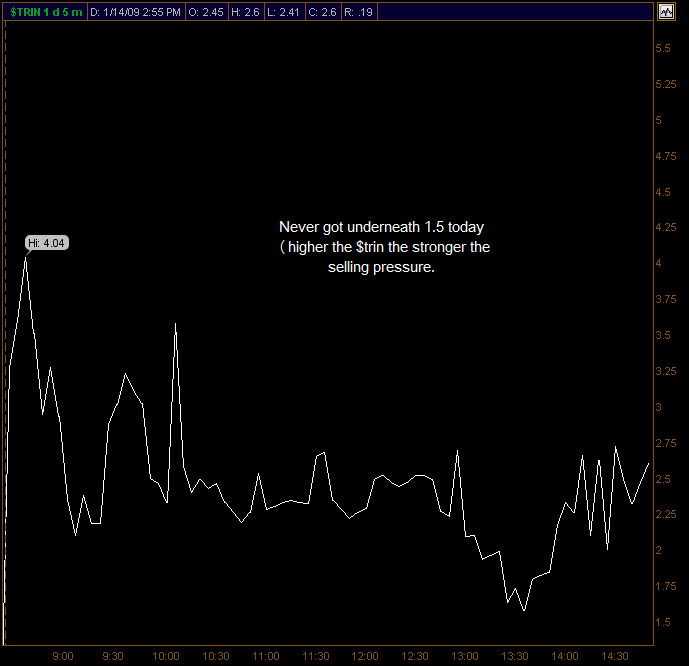 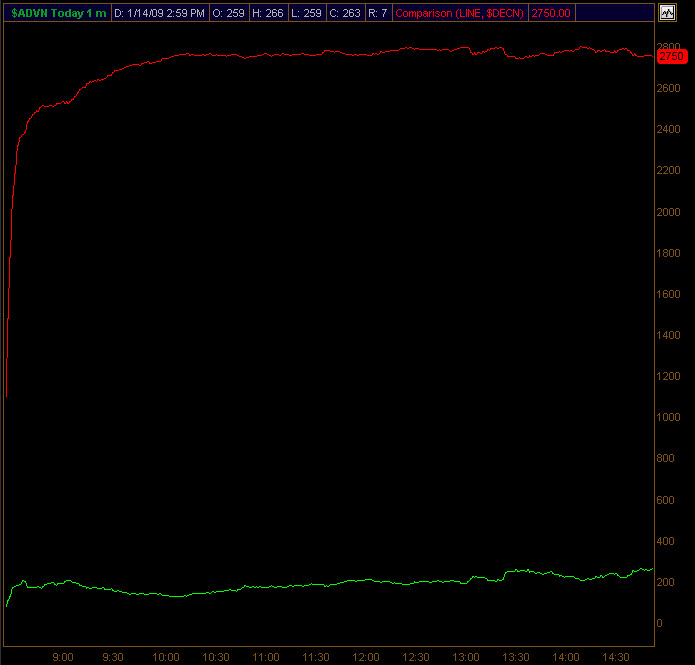 For those up North, Nortel Networks ($NT) filed for chapter 11 bankruptcy today and that’s quite a story in and of itself. Back in the 90’s, Nortel employed more than 95,000 employees and a market cap of nearly $3 billion. The stock was, at one time, $857 a share and is now worth basically nothing. Not sure what the impact will be in Toronto, but I have seen the impact it has had here in the telecom corridor in Dallas, and it hasn’t been good. 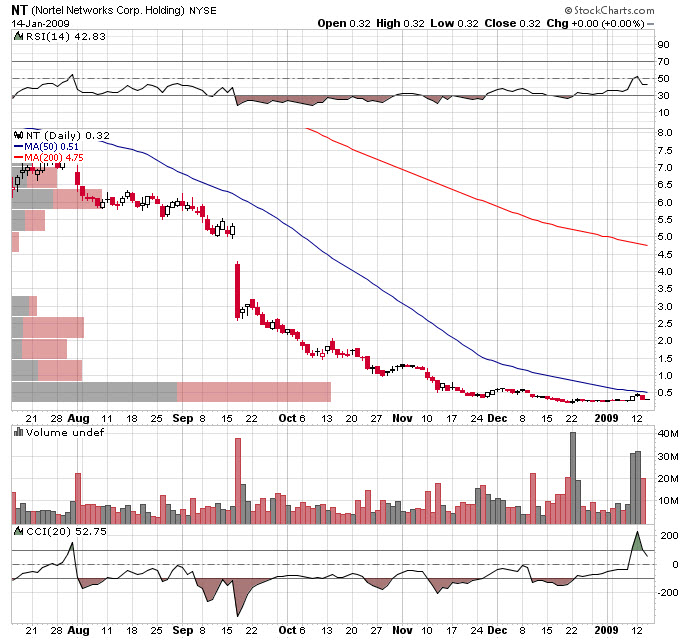 Apple ($AAPL) is on the ropes, at least when it comes to Steve Jobs’ health. He released a letter tonight after market close basically saying he’s stepping down. He wrote “In order to take myself out of the limelight and focus on my health, and to allow everyone at Apple to focus on delivering extraordinary products, I have decided to take a medical leave of absence until the end of June.” Obviously the stock isn’t doing that great in after-hours trading as it is down over 10%. 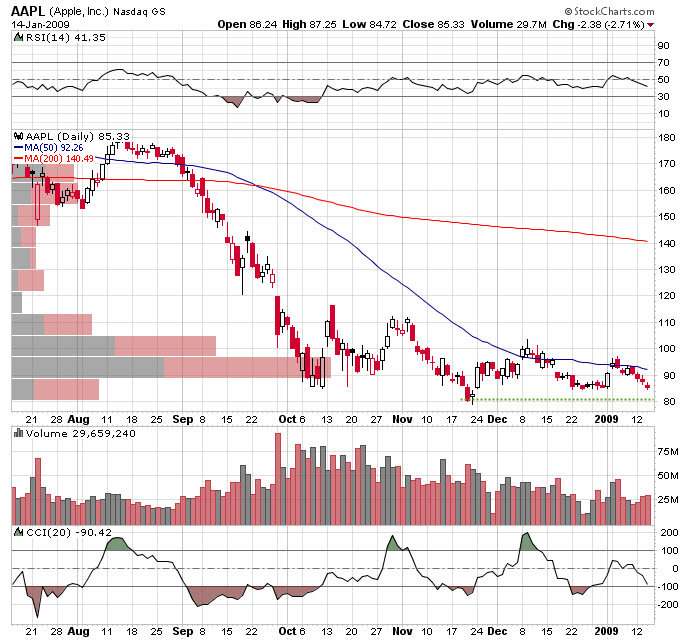 Tomorrow we get the producer price index, weekly jobless claims, both the Philly Fed and Empire State manufacturing indices, natural gas inventories and a slew of Fed speak from Evans, Lockhart, Yellen, and Tarullo. On the earnings front, INTC, MI, JPM, and APH are reporting tomorrow.