In part 1 I discussed the ranges of the $SPX which gives me an idea of what to expect for the coming option cycle. In the opex chart that I used in that analysis I’m only able to see the completed cycles so I need to move to a more traditional price chart for the current month. So far the August low has been 1056.88 and the high has been 1129.24. I like to start with a weekly candle to get an overall idea of trend and levels of support/resistance. 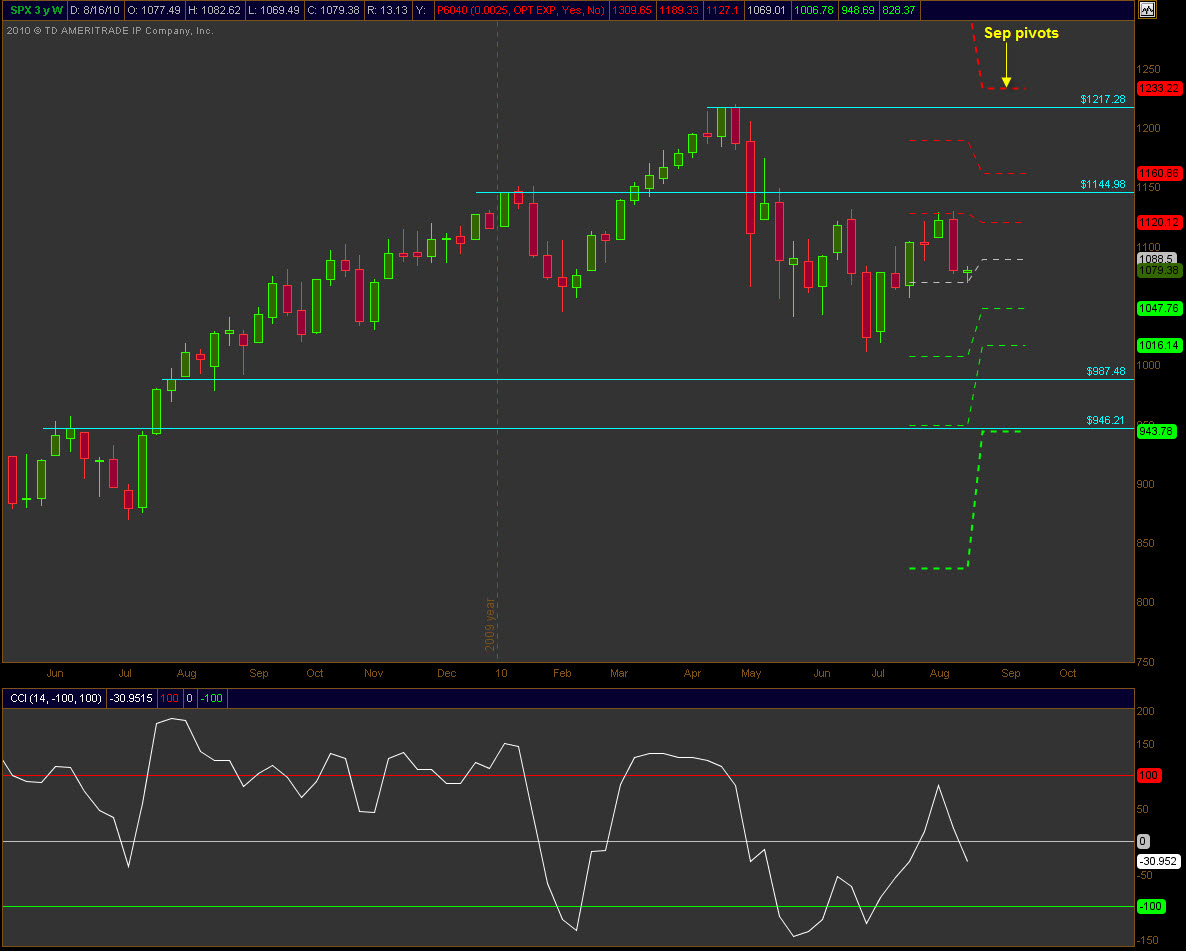 In the weekly chart above I can see some further out support and resistance levels (turquoise) that I use as reference points. I prefer to use the body of the candle rather than the actual wick as both buyers and sellers agreed on that closing price. These levels are the first step in technical analysis and where I’d like to see a confluence of other levels if possible. The dashed lines on the chart are the option cycle pivots that show both the August and September levels. The first thing I notice with the pivots is that they’ve come in quite a bit which suggests the SPX traded in a narrow range for August.

The other main indicator I like to look at is the commodity channel index (CCI) which is currently near a -31 reading. I always look to the left to see how the SPX (or any instrument) reacted at an “overbought” or “oversold” level. These levels are +- 100 points away from the mid-point and represented by a red or green line. The recent action in the CCI agrees/confirms the pivots coming in which is also indicative of the recent price action.

So far my analysis is suggesting that September is expected to be a narrow range month. If I take the range between the R2 and S2 levels I get a 144 point range. This range falls within the historical price action for September that were pointed out in part 1. Things are beginning to take shape but I want to look at multiple timeframes here to make sure I’m well informed. 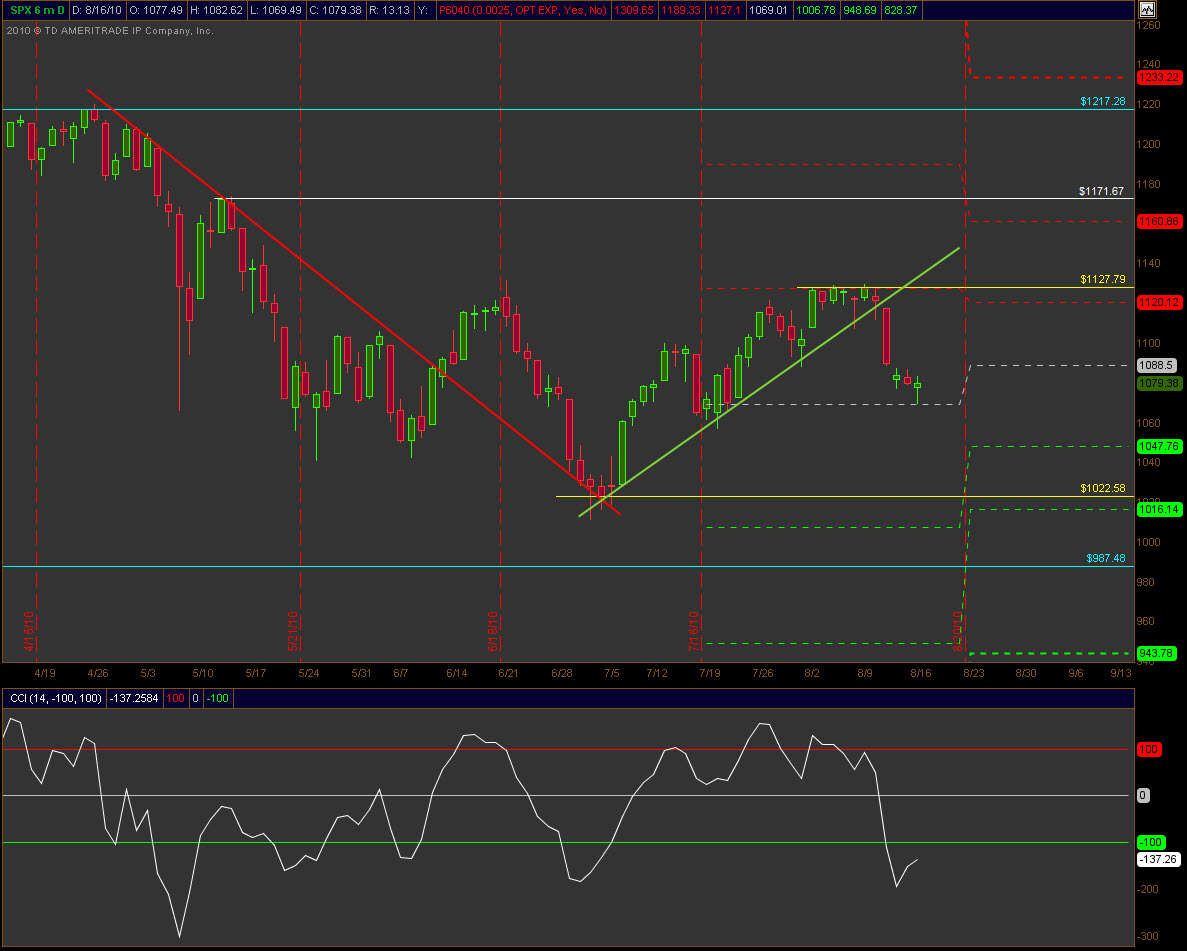 In the daily chart above I can see that the CCI is bouncing as the SPX itself if basing just above the August pivot. I also notice that a recent uptrend has been broken (green line) and it appears to be a solid break as evidenced by the size of the candle. This suggest a few things to me; namely that there were quite a few stops under that uptrend support as well as some sell to open orders for a new short position. In other words it suggests an area of sentiment for the future.

One other level I notice is the prior resistance at 1171.67 as outlined in white. This level is about 11 points above the R2 level of the opex pivots pointed out on the weekly charts. I also make note of the near-term support level where the downtrend ended and the uptrend began (1022.58) and the fact that it isn’t quite beyond S2. However, the 987.48 level from the weekly chart is beyond S2 by nearly 30 points and that is worth noting. These two levels (1171.67 and 987.48) will be a great starting point for me when I delve into the chains which I’ll discuss in part 3.