Add another tick to the losing side of things as the major indices couldn’t hold onto any gains this past week. There just isn’t enough conviction on the bull’s part to hold positions any longer than a day, especially not over a weekend. If that sentiment doesn’t change quickly, we will be making lower lows in the major indices. As is right now, the DJIA is down -35.9%, the Nasdaq is down -42.8% and the S&P 500 is down -40.5% for the year. 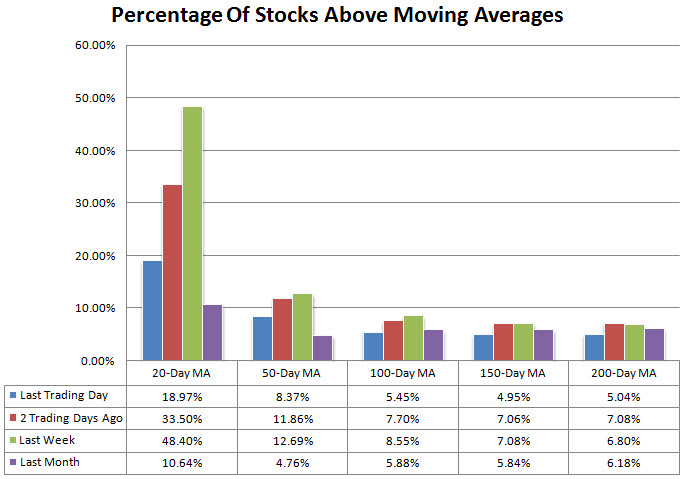 It looks as though JP Morgan will follow the lead of Citigroup and Goldman Sachs in cutting its workforce. It is reported that they are looking at cutting around 10% of their employees which translates roughly to 3,000 jobs. Citigroup planned to cut 10,000 jobs on Friday and Goldman Sachs cut over 3,200 jobs a few weeks ago. The sad thing is that probably none of those losing their jobs are responsible for the gross misconduct that lead to the recent financial market collapse.

On Monday, we get the Empire State manufacturing index, capacity utilization rate, industrial production and Sec. Paulson is speaking. On the earnings front, $TGT and $LOW are reporting. 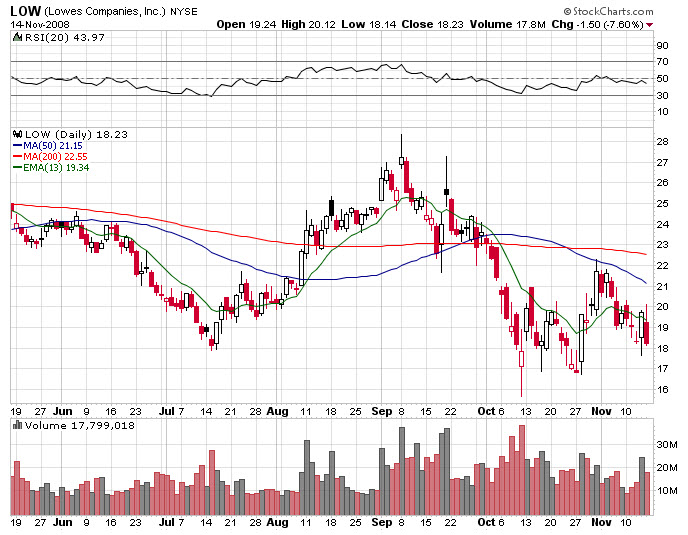 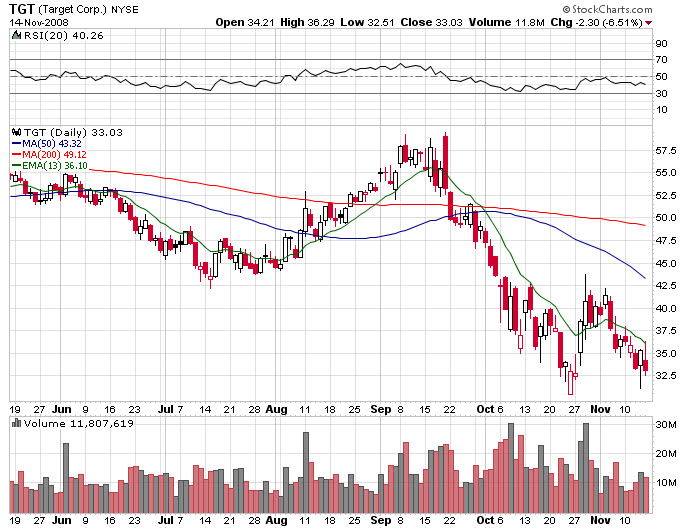