Another week, another loss for the major indices. The Dow finished the week down -5.3%, the Nasdaq lost another -8.7% and the S&P 500 sank another -8.4%. The big loser for the week was the Russell 2000 which fell nearly 10% bringing the yearly losses to -46.9%. We really don’t talk that much about the small caps ($IWM) but they are an important index to watch nonetheless. 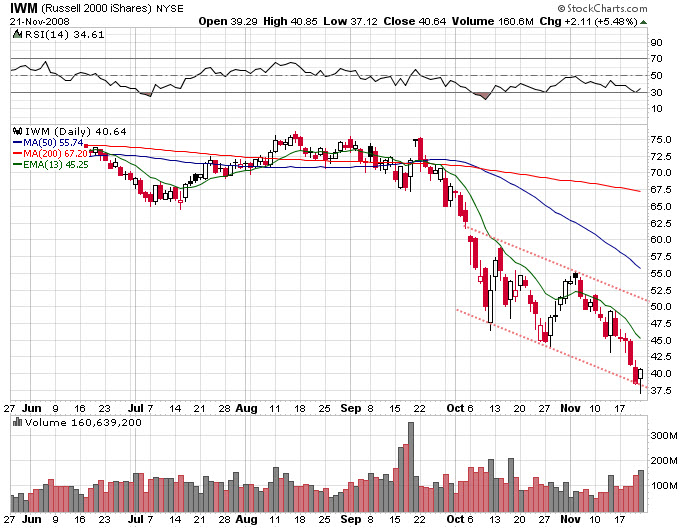 Some of the good news coming out this past week included Hewlett-Packard ($HPQ) who provided some preliminary earnings guidance that was to the upside. The markets also responded favorably to the news that New York Fed President Timothy Geithner is going to be nominated by President-elect Obama to be Treasury Secretary. In fact, Geithner’s apparent appointment brought about a 7.3% swing in the S&P 500 on Friday. 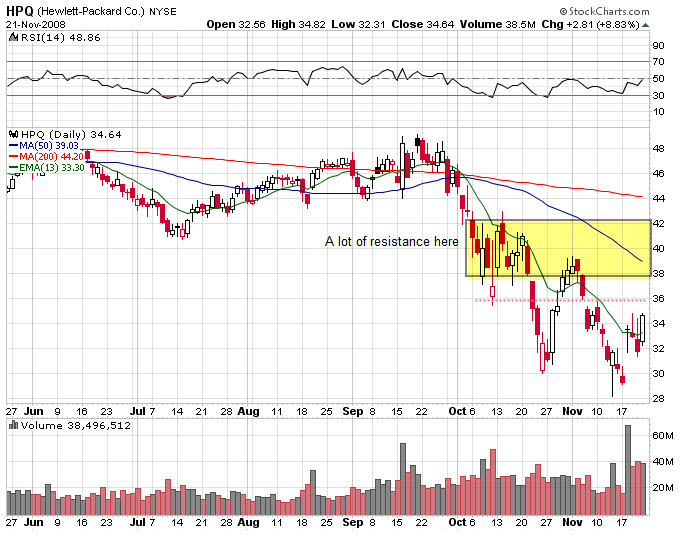 This week we have more pivotal news that could swing the market in either direction with the release of the preliminary GDP on Tuesday and the durable goods number on Wednesday. Of course the market is closed on Thursday so the week will be shortened as such. In fact, there are no pending economic events for Friday so it could be an extremely light week from Wednesday afternoon on so be careful.

The futures have gapped up on Sunday evening with Citigroup (C) being the talk over the weekend and whether or not the Government will bail them out. Keep an eye on Asia and Europe to see how they trade the news of both Citi and Geithner. Tomorrow we get the existing home sales data and a speech from President Elect Obama. On the earnings front, HPQ, ADI, and CPB are reporting.