Today’s price action, along with Friday’s, should give you an indication of just how beat down Wall Street is. On Friday we had the news of President-elect Obama’s choice for Sec. of Treasury, Timothy Geithner, and the markets rallied late in the day to close up about 5%. Over the weekend, Citgroup is saved by the government and we add on another 6.5%. The big news with the Citi plan is not so much the $20 billion investment, but the guaranteeing of $306 billion in crap investments. I am thinking of writing my congressman to see if I can get some of my crap investments guaranteed.

The ingredients are in place for a large move in either direction as we are in a holiday shortened week. The ingredients are an 11% gain in two days, the first two-day gain in a month, and the pending release of the preliminary GDP and durable goods later this week. We also have the broader index ($SPY) not being able to close above the 13 EMA. Depending upon the reports tomorrow morning and Wednesday morning we could see a large rally. However, if any news comes out that shakes the fragile confidence of the buyer, we could easily give back the 11% gain and then some. 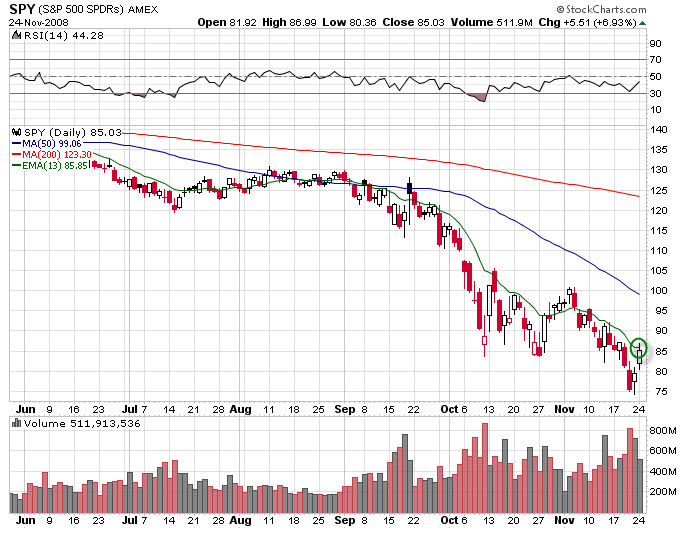 Volume was light today even though we had broad based gains and light volume has become the norm for Mondays lately. There’s no question that two shots of good news can go a long way (11%) but the question remains whether or not any rally in this bear market has sustainability. With Thursday off and Friday’s typically light anyway, if the markets can close on a high note Wednesday night, that say’s a lot. As usual, time will tell but look for technical breaks of moving averages and resistance on increased volume as a leading indicator. 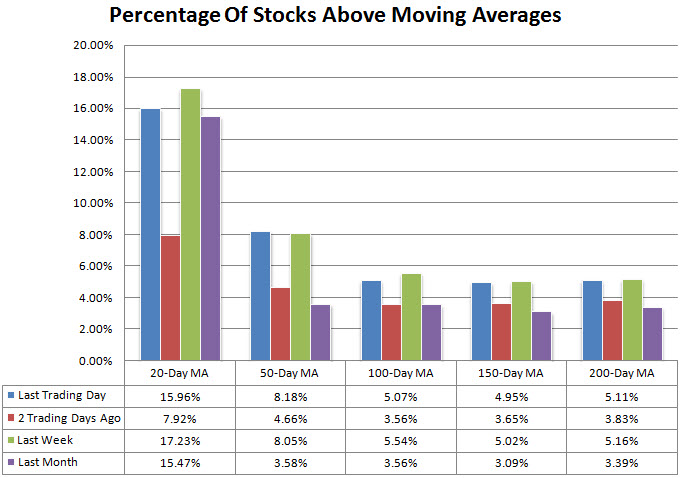