The Volume Weighted Average Price (VWAP) is one of my favorite “psychological” indicators to use in the market. It can really give you an idea of where market participants took action and what the thinking could be around those levels. What better way to get inside the mind of fellow traders than an average price, especially since a marked event. As an example, take the chart below of the $SPY where you can see two different levels that I’ve marked. The first is the 118.60 level which is significant because it’s the first day that the SPY closed above the 115 level which was prior resistance. This is a key entry for many market participants and the gray line is the VWAP since that day. With the market making lower highs and signaling some distribution days, we could see this psychological level broken soon. 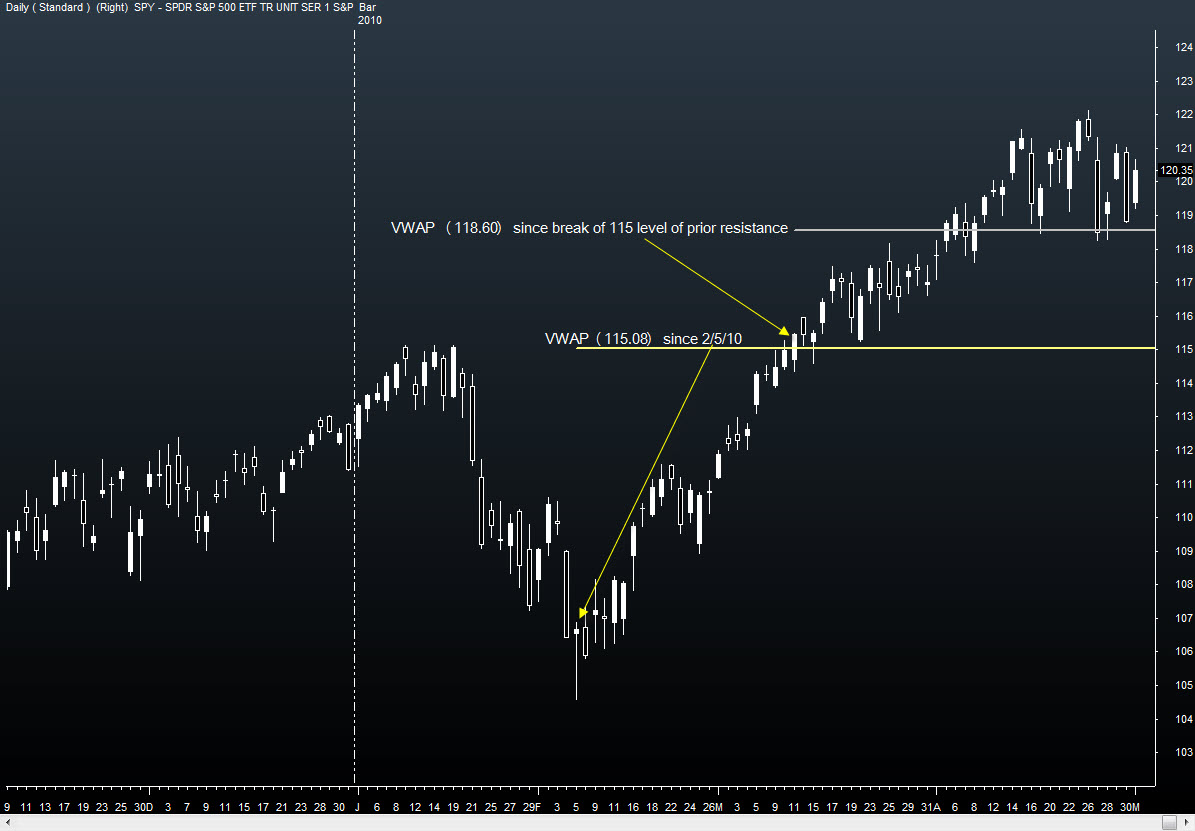 The second key level is 115.08 as that is the VWAP since the bounce off the initial rejection of the 115 resistance level. This, to me anyway, is a huge psychological level as the average long is above the 115 level now. I believe that many once bearish (as well as those who were tired of sitting on the sidelines) got long at this level and have made minimal gains when comparing the move off the March lows. Not only do you have the support of prior resistance at this level, but you also have the average long still profitable above 115. My guess is that there are many stops just under that 115 level and may be the target of some quants when the 118.60 level is broken.