Kerkorian Loads Up On DPTR

Kirk Kerkorian and his Tracinda Corp stepped up to the plate lately with a few purchases in Delta Petroleum ($DPTR). The stock is coming off of 5 year lows around $4 a share. Kerkorian bought 600,000 shares on the 12th and then another 500,000 on the 13th for a total of 1.1 million shares. The total market value of the transactions is over $6.1 million and brings his total holdings to over 37 million shares. You can see the form4 here.

The stock hasn’t done much but drop, like the rest of the energy sector, but this action signifies some bullish fundamentals. The short ratio on DPTR is over 25% of the float which translates into a massive 8.6 days to cover at the average volume of 1.5 million. A few technical level stand out that could be used as short squeeze points; the 50 SMA and the $12.60 price level. 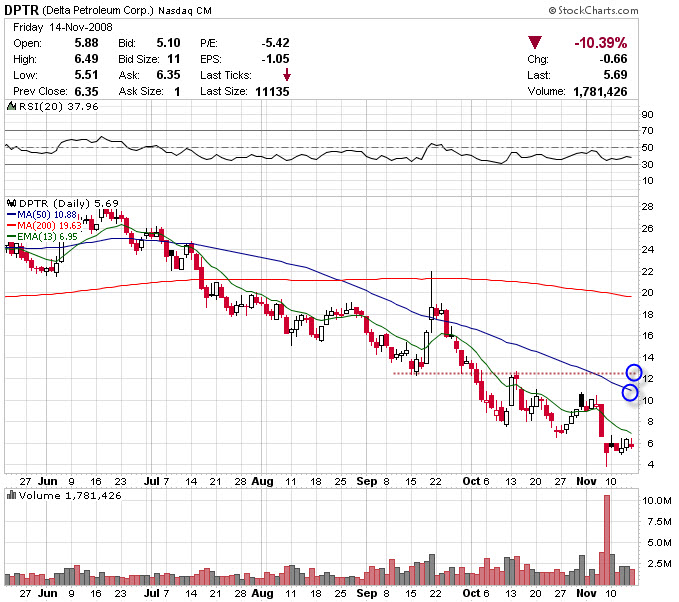 Don’t forget though that this is the same guy who took a bath (several hundred million) on Ford ($F) and so he may have lost his “touch” so to speak. Some would argue that he sold his stake in Ford to invest elsewhere, maybe even Delta Petroleum. Tracinda also has a 54% stake in $MGM Mirage, which hasn’t been producing anything but losses lately. However, always good to keep an eye on the “bigs” during the current bear market.