The market is showing its big ugly bifurcated head today as we saw a sustained sell-off yesterday greeted by a sustained buy-in today. Just what the confused investor needs, more ambivalence manifested in a wide trading range. For those of you that trade options, the credit spreads where Theta works as an employee, are where the smart money is. 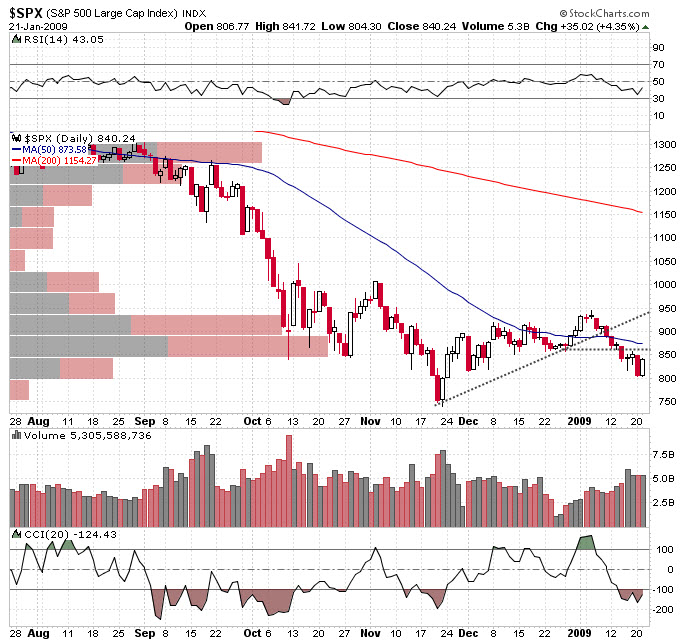 Looks like the tech sector has a few items to tout in front of the bears—an apple and big blue. Yep, $IBM had an almost unbelievable quarter and $APPL saw some amazing returns as well. All of this, despite the current economic situation, suggests that things are doing ok for both the consumer and big business (as far as Apple and IBM are concerned). Apple saw 22.7 million iPods and 4.4 million iPhones go out their door during the quarter. Looking ahead to the second fiscal quarter of 2009, the company expects revenue in the range of about $7.6 billion to $8 billion. For the fourth quarter, IBM said it earned $4.4 billion, or $3.28 a share, on revenue of $27 billion. Both companies also reported upbeat forward looking statements. 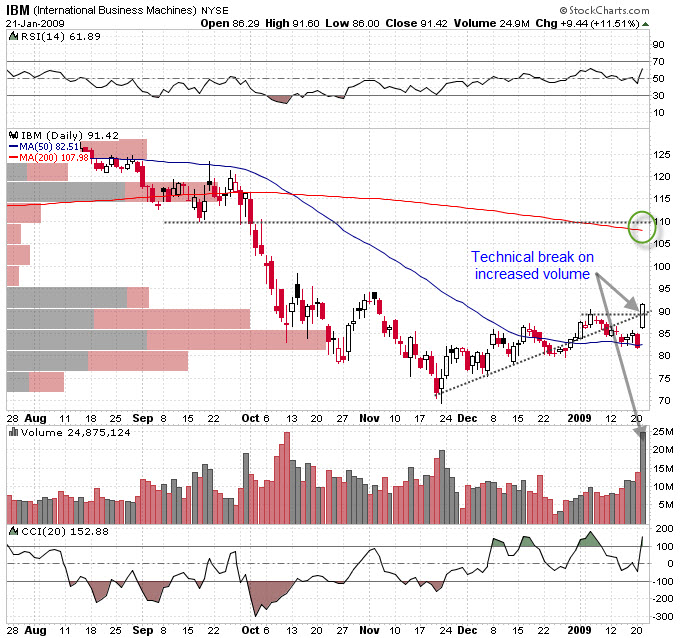 Tomorrow we’ll get the weekly jobless claims and the street is looking for a loss of 545K. The futures tonight are looking pretty bullish as a result of Apple so if the jobs data is at or better than expected, the move higher could continue. Microsoft ($MSFT) Google ($GOOG) and Advanced Micro Devices ($AMD) report tomorrow after the close so if any of them are bad, the effect won’t be felt in the market until Friday.