Holy Cow! Was this the day that could be considered the capitulation day that the media has been talking about? The trading ranges on Friday and Monday are some of the biggest swings I’ve seen in quite some time. The late day surge today is being attributed to the belief that the Fed will cut rates tomorrow, or soon, and take the rate all the way down to 1%.

Plain and simple, there is a lot riding on the belief that the Fed will cut so keep in mind that when the rescue package passed that the markets sold off (buy the rumor, sell the news). Today we saw Bill Gross of PIMCO come out and call upon the Fed to cut rates to 1%. This is the same Bill Gross that called on the President to get a bailout package in the works. Keep an eye on the US Dollar if the Fed does indeed cut rates (as well as oil).

Keep an eye on the rescue package passage high from last Friday as that would prove to be a significant support level if broken. It should provide some resistance if the S&P decide to climb higher from here. 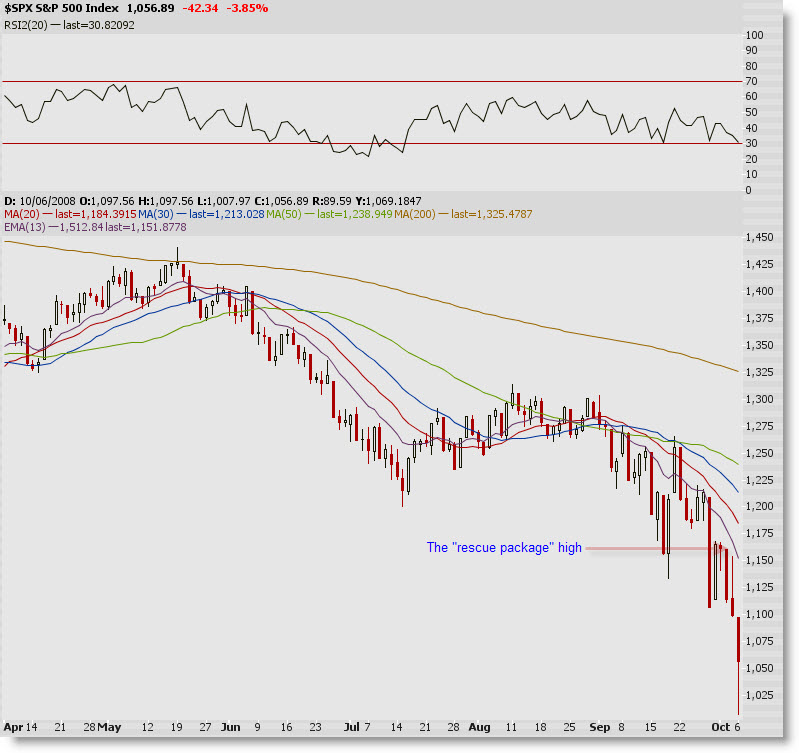