In case you were out last week and haven’t read a single thing or turned on your TV, the markets broke down last week. The $SPX and $INDU closed under their 200 SMA while the $NDX broke through on Thursday but managed to close back above the 200 SMA on Friday while the $RUT found support at its 200 SMA. Obviously the 200 SMA is a significant moving average as it holds meaning for so many market participants. The key thing to remember is just because the 200 SMA was broken and, in some cases, a closed below it for the week, the market does not have to free-fall.

The small caps ($RUT) continue to show strength here and that suggests to me that risk is still alive and well in the equities. Granted there are 2000 components for the Russell versus 30 for the Dow, but that’s why I use percentages to track this data. Should be an interesting week ahead with lots of economic catalysts and lots of buy/writes occurring with a new option cycle upon us. 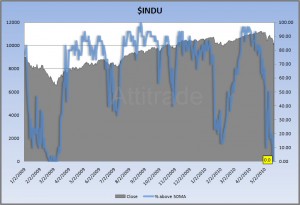 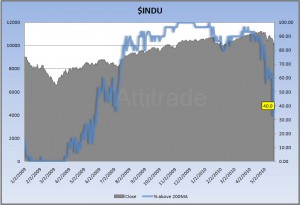 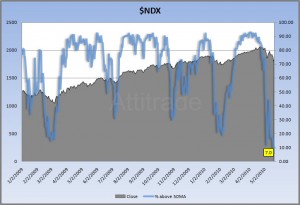 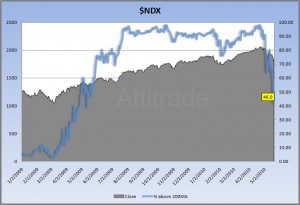 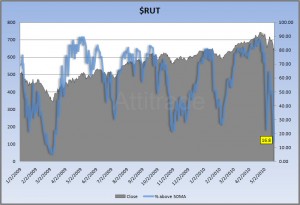 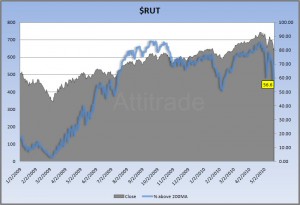 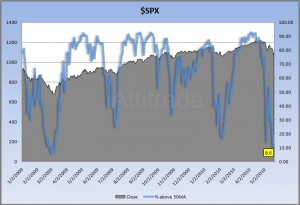 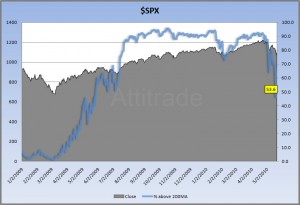 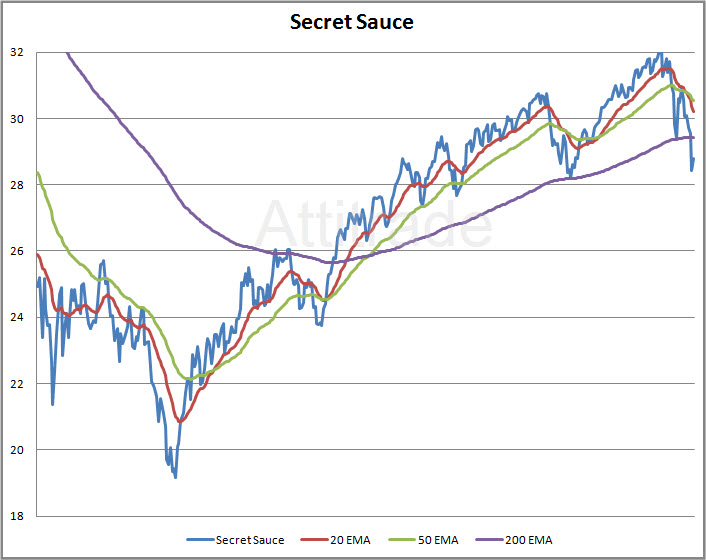