Today we saw the market react to a plan that the government will help unfreeze the lending process in America and elsewhere. Basically, the government would open shop as a “bad bank” that takes over all the toxic assets of banks. Such action would allow the banks to go on about their normal business, which would include lending. Of course there’s always the risk that banks will go back to their old ways and get involved in other toxic assets so the government would, in a sense, be acting as an enabler.

A good question for the so called bad banks would be what would they do with the assets and how do they make money. The government is already believed to be passing a new stimulus package that’s been a positive for the markets so the new bank idea adds to their “savior” moniker. I guess it has to be something right? I mean the Fed has basically exhausted all it has as far as the interest rates go. However, the Fed does have other “tools” that they can use, but it looks like the line between Wall Street and the government is getting rather hard to see.

Obviously with the news du jour the financials ($XLF) had a gangbuster day, especially Wells Fargo ($WFC) which gained over 30% today (earnings). Zion’s Bank ($ZION), another financial of a smaller, regional flavor, gained nearly 28%. In looking at the XLF, the 50 MA should be a huge technical level and probably some significant stops beyond that would be hit. That, in turn, would cause a nice short cover rally so that’s two things to watch for with all that’s going on. Keep an eye on that 50 MA and, if it’s broken, what happens after a close above it. 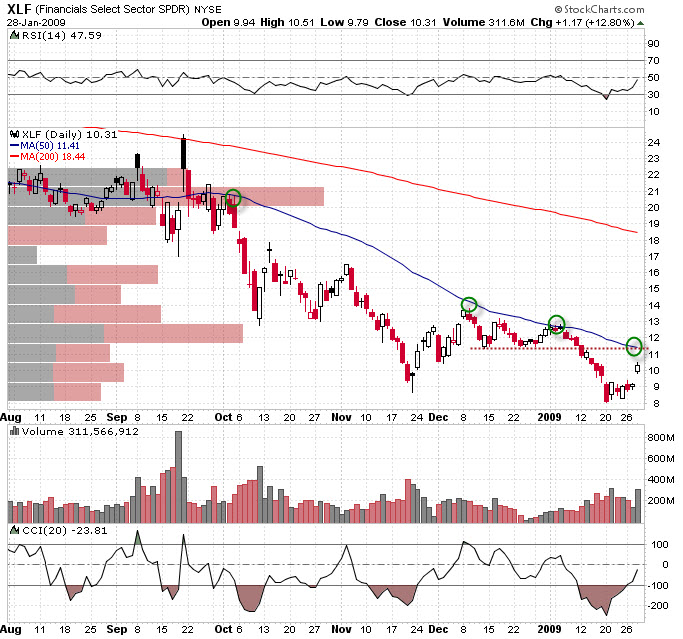 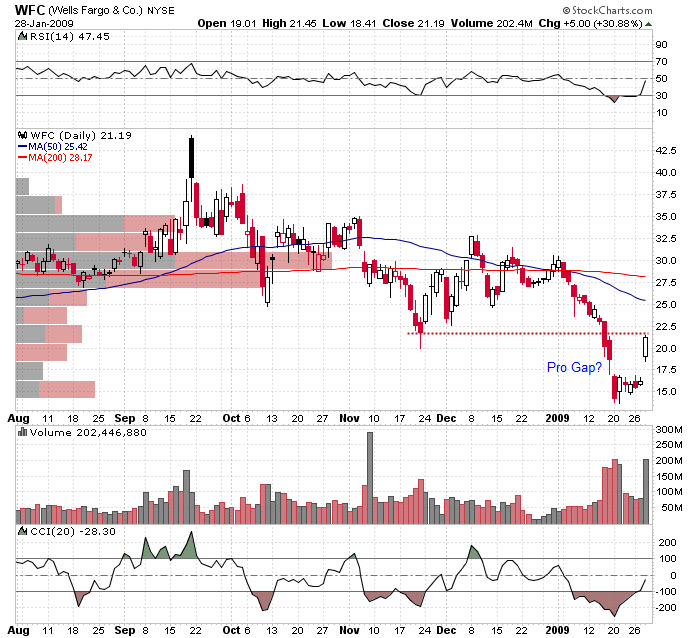 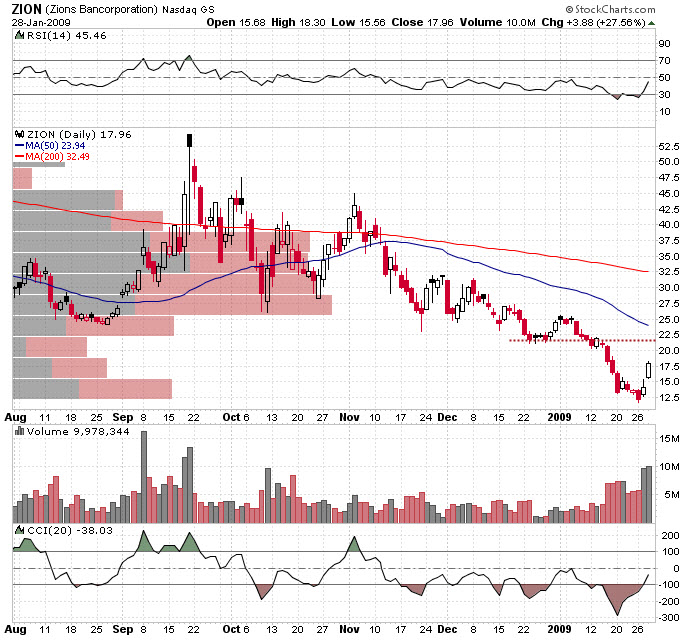