Obama In, Bush Out

So much for the Obama bounce! It appears as if it was a buy on the rumor; sell on the news with President Obama’s inauguration. Statistics have shown that the inauguration is a loser for the major markets most of the time. Add to that the fact that earnings season is off to a rough start and you get a sustained drop of over 5% in the major indices. 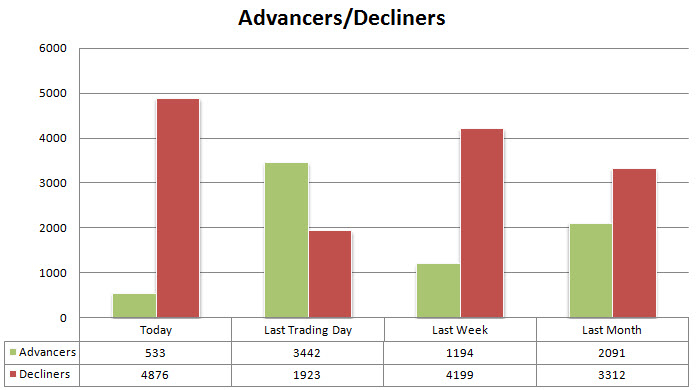 The financials are at the root of the sell-off today and one of the major ETFs that tracks that sector is the $XLF. Today, the XLF was the recipient of a 16.5% haircut as the whole sector is down substantially. Today saw a technical break to an all-time low as the ETF closed just above $8 a share. The volume was huge as well so the conviction appears pretty bearish, just wonder how low it can go. For those of you with high risk tolerance can trade the ultra-short ETF for the financials ($SKF) that correspond to twice (200%) the inverse (opposite) of the daily performance of the Dow Jones U.S. Financials Index. It was up nearly 29% today. 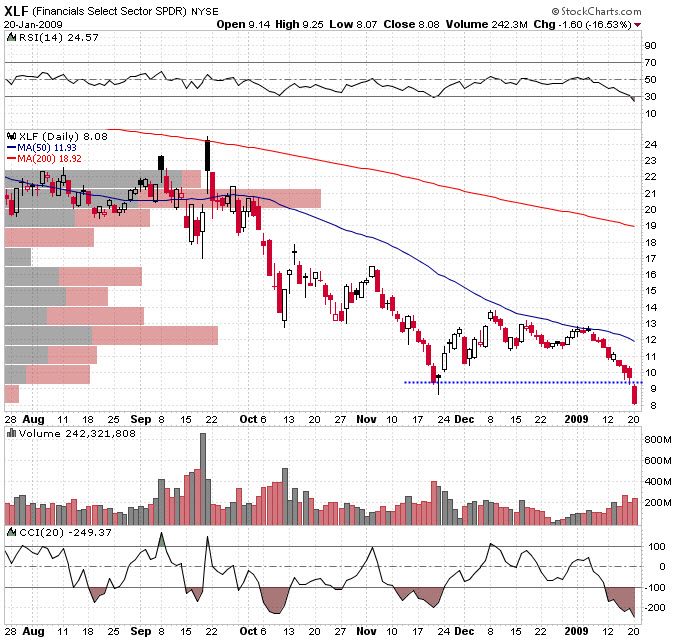 One of the indices we don’t talk a lot about is the Russell 2000, which is made up of small cap stocks. That index took a substantial hit today of over 7% when the closing bell rang. When you think about the stocks that comprise the small cap index, you can understand why it is so volatile. Think about how many companies out there are dependent upon the large cap stocks to contribute to their bottom-line. If the bigs aren’t spending, the little guys suffer. 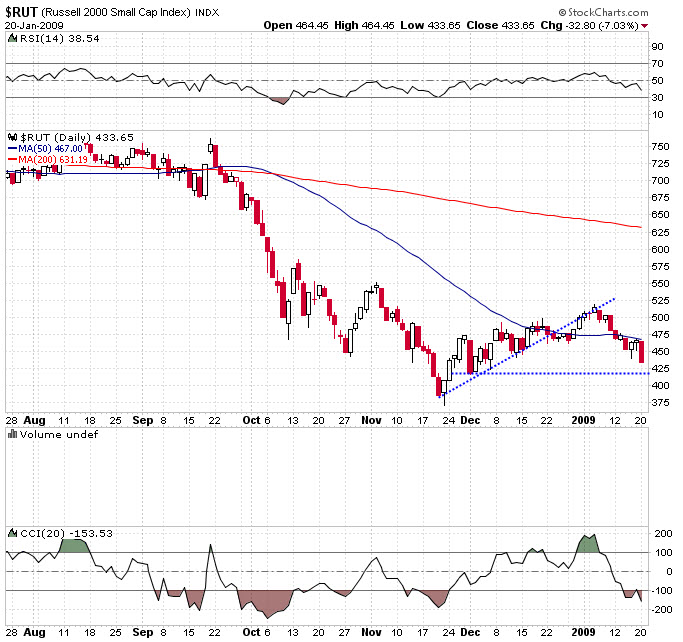