Large Moves Today, Can They Hold?

Whoa Nelly! Out of the last 4 weeks of trading there have only been two days that the Dow hasn’t had a triple digit move up or down. I expected a bit of a move higher today as stocks typically don’t move too far in either direction pre FOMC statements, but not a near 11% move higher. We probably saw a combination of some bargain hunting and a bit of short covering today, especially in the last hour of trading. If you look at the $SPY, $DIA, and $QQQQ you can see that only the broader market didn’t close above its 13 EMA today.

The “bargain hunting” is done pre FOMC statement and built upon the belief that the Fed will cut interest rates. However, what’s not known is how the market will react, both to a cut and to no cut. Put on top of that the fact that if the Fed does cut whether or not it will be 25 basis points or 50 basis points and you’ve got a catalyst. Just be carefull with ANY position at this point as we could get that capitulation day or the 1,000 point rally at any time. 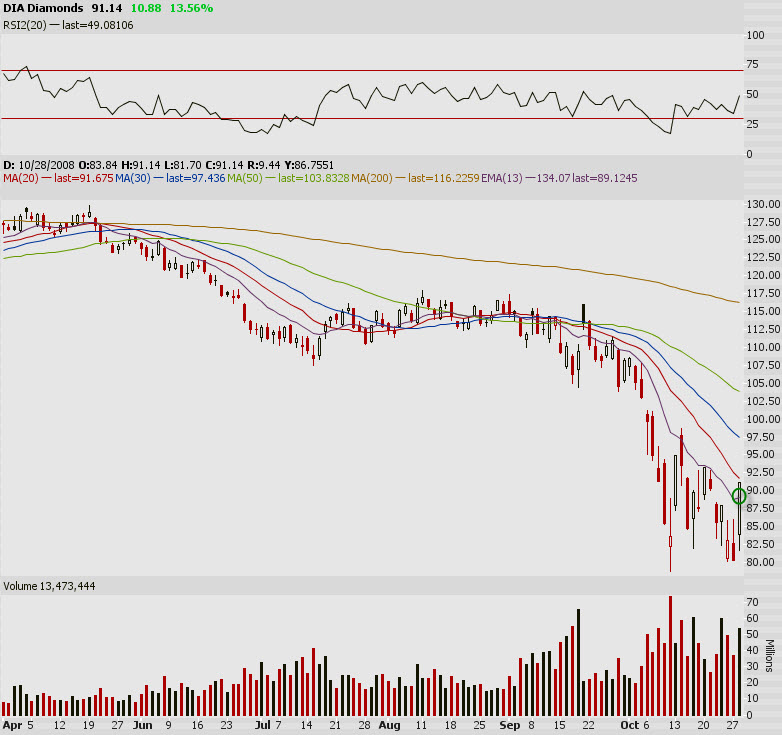 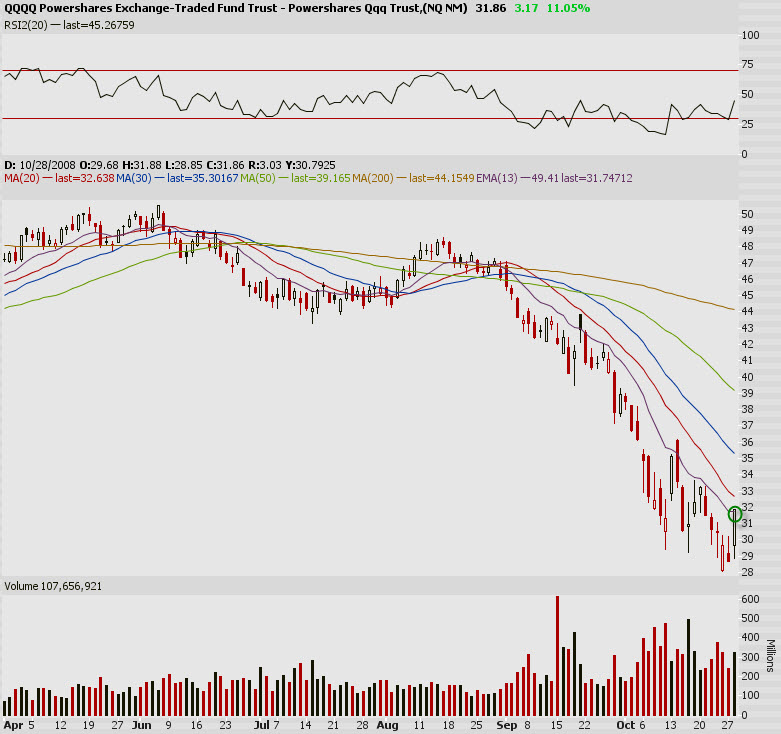 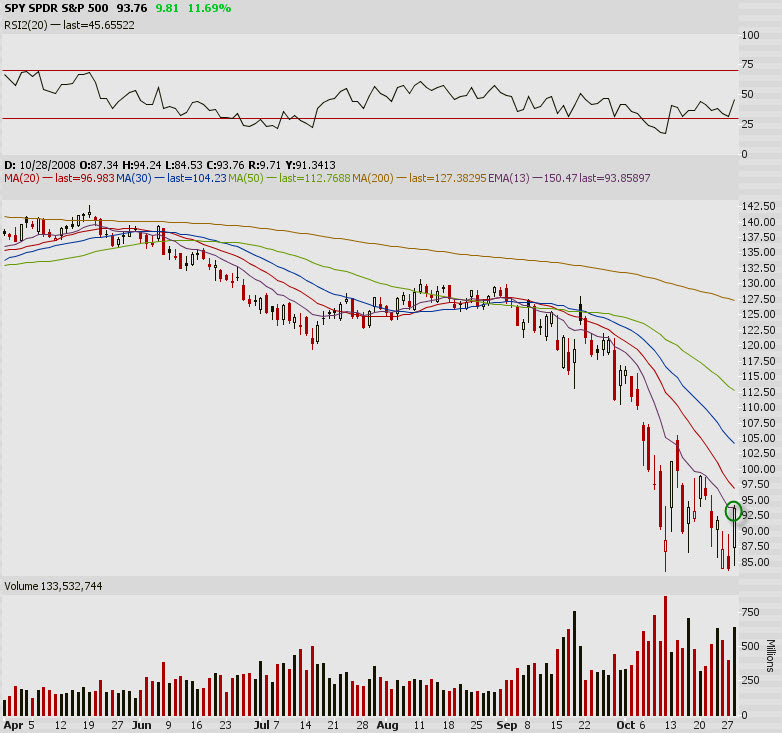