No capitulation today, like some were hoping for, but rather a wide range of trading for the most part. All three of the major indices ended at their lows for the day as the last half-hour provided most of the selling. If you look at the S&P ($SPY) intraday chart you can see the technical break of the morning lows. This break is a common trigger; either to the upside or downside, but the volume wasn’t there. In other words, no real conviction on the selling as was the case earlier in the day for the buyers. 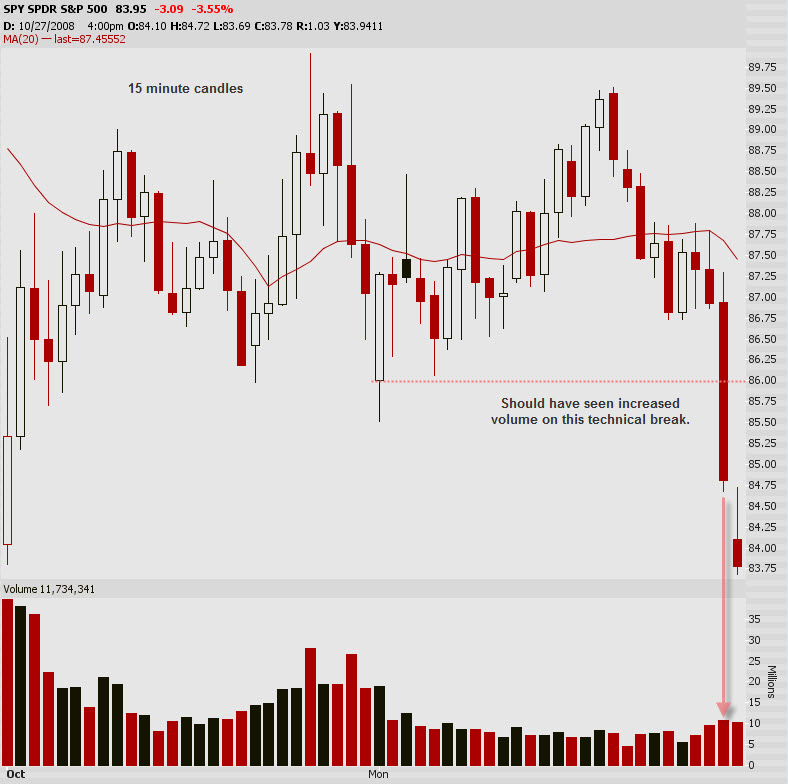 The Fed begins its two-day meeting tomorrow and will release its statement late Wednesday afternoon. Looking at the recent activity from the Fed, the market has pretty much shrugged it off and has since traded in a range. However, over the last three months, the euro has lost about 21 % against the dollar, while sterling is down about 22 %. Some argue that a Fed cut won’t hurt the dollar’s recent gains, while others say it will take back the recent gains and then some.