The markets took another one on the chin today as all the major indices closed down again–for the fifth straight day. I’m not calling for it, but I would not be surprised to see a bounce tomorrow due to the fact that we have been down 5 days straight. At any rate, it’s been in and out for me in most of my trades and that’s been working well plus I sleep better at night. Take a look at the market breadth in the NYSE today and that is proof in and of itself to be in and out, at least on days like today. 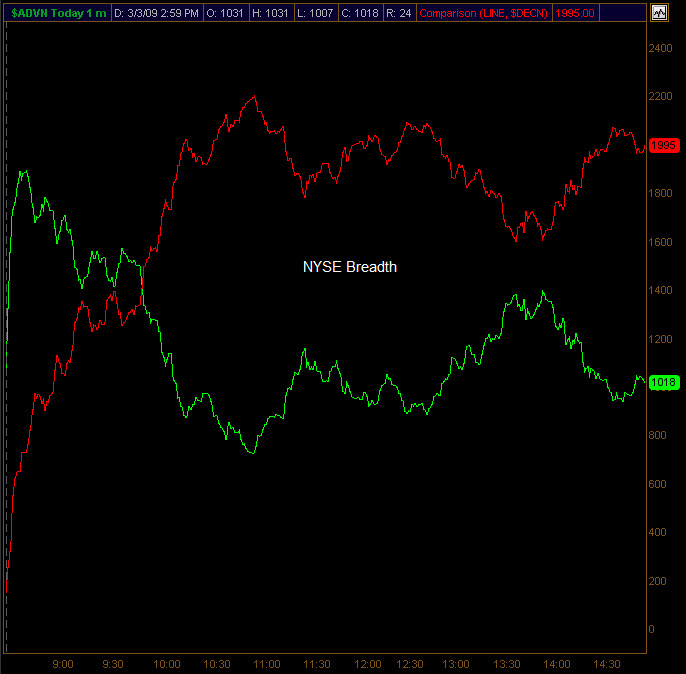 The SPYders are showing some oversold signals as well, but if you look to the left of the chart you can see that $SPY has no problem moving lower here. Although I wouldn’t be surprised to see a bounce for a day or two and then some sideways movement or vice-versa. Whichever comes first isn’t really important but what is important is to look for levels of resistance and then short those pullbacks. 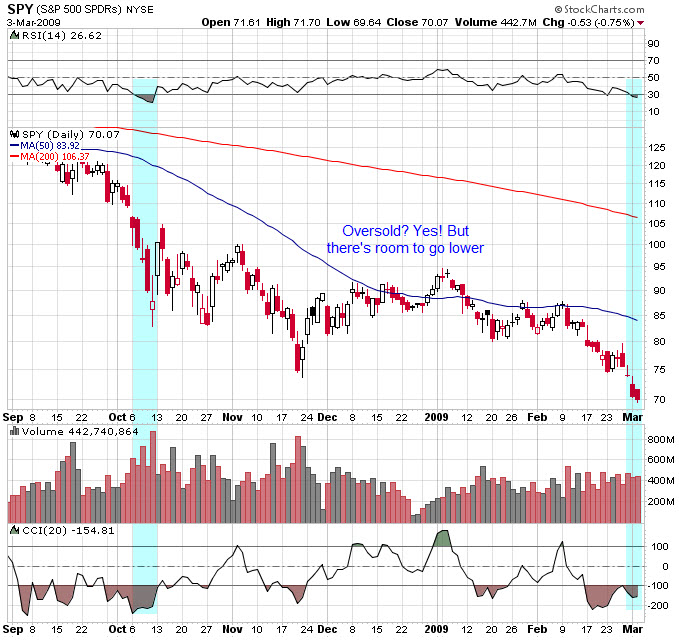 I remember back in graduate school (1999) I was using this hand-held device known as a handspring visor. Turns out that it was created from some of the folks that worked on the Palm handheld. Later, handspring was purchased by Palm and I graduated with my doctorate. About a decade later and Palm is feeling the pain of not getting the public what it wants. We truly do live in an entitled society or at least we think we do. Take a look at the chart of $PALM and then where it is trading in after hours. Lower expected earnings for the quarter and no Centro leaves a bad taste in investor’s mouths. I would not be surprised to see a break under $5 and a gap fill for PALM. 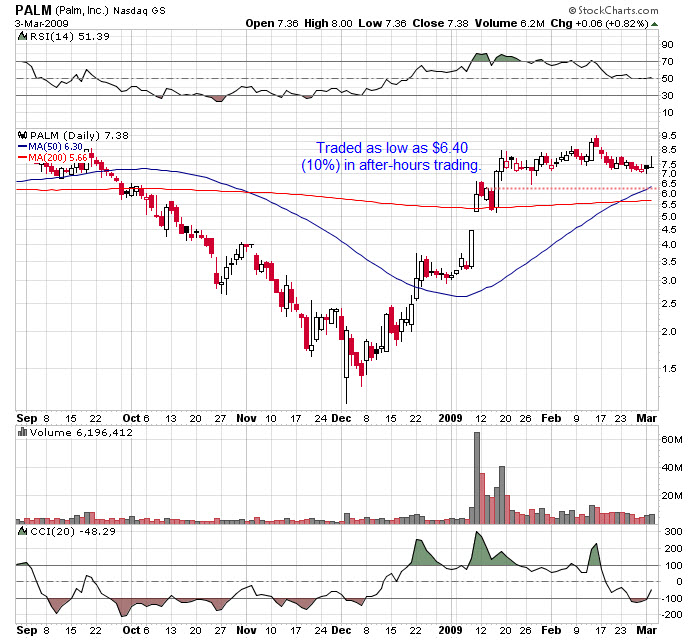