Warning: Trying to access array offset on value of type bool in /home/335080.cloudwaysapps.com/kjttymqdec/public_html/wp-content/themes/Centumr/inc/template-tags.php on line 1109
 October’s historic volatility proves itself yet again – PsychTrader

Earnings continue to come in better than expected, but the market refuses to move higher so it may be safe to assume, at this point, that the proverbial bar was set too low again. October has a history of being one of the most volatile months throughout market history and this year that belief held true. Out of the four major indices only the Dow finished with a positive gain. November is now upon us as we begin the month under the monthly pivots in all the major indices. That’s something that hasn’t happened since March.

In reflecting back on the rally of the March lows I remember the rally sometimes being called a “junk rally” in that lots of small cap stocks without any logical reason were making new highs. Kind of reminded me of the dot com days when anything internet related would rocket higher even though they had no revenue or proven track record. It is highly unlikely that we will have the same outcome as back then, but it does strike a chord. Take a look at the chart of the Russell 2000 ETF (IWM) below and you can see that there is definitely some cause for concern. 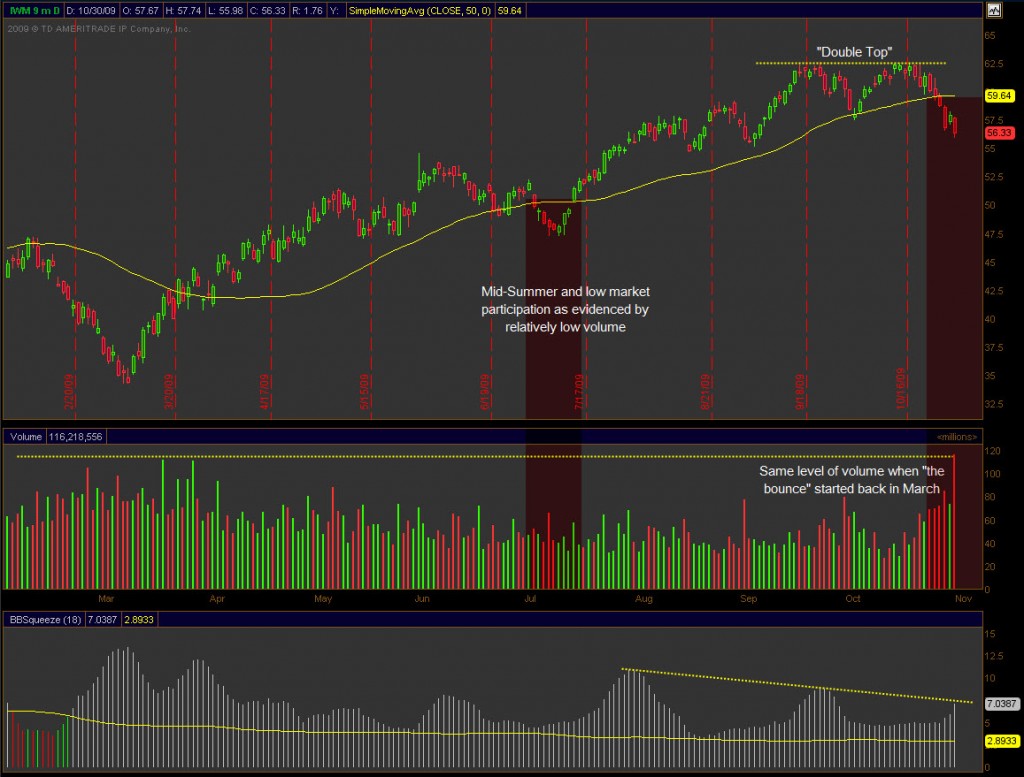 One way to monitor the health of any trend is to check the internals of the market. Below I’ve added a graph of the NYSE advancers (daily) with a 10-day moving average (in blue). Since March there have been four successful bounces off the breadth not making lower lows–until this week. I like to keep a running tally of stocks making new 20-day highs and new 20-day lows and when combined with the breadth I feel as though I have a better understanding of what’s “under the hood.” 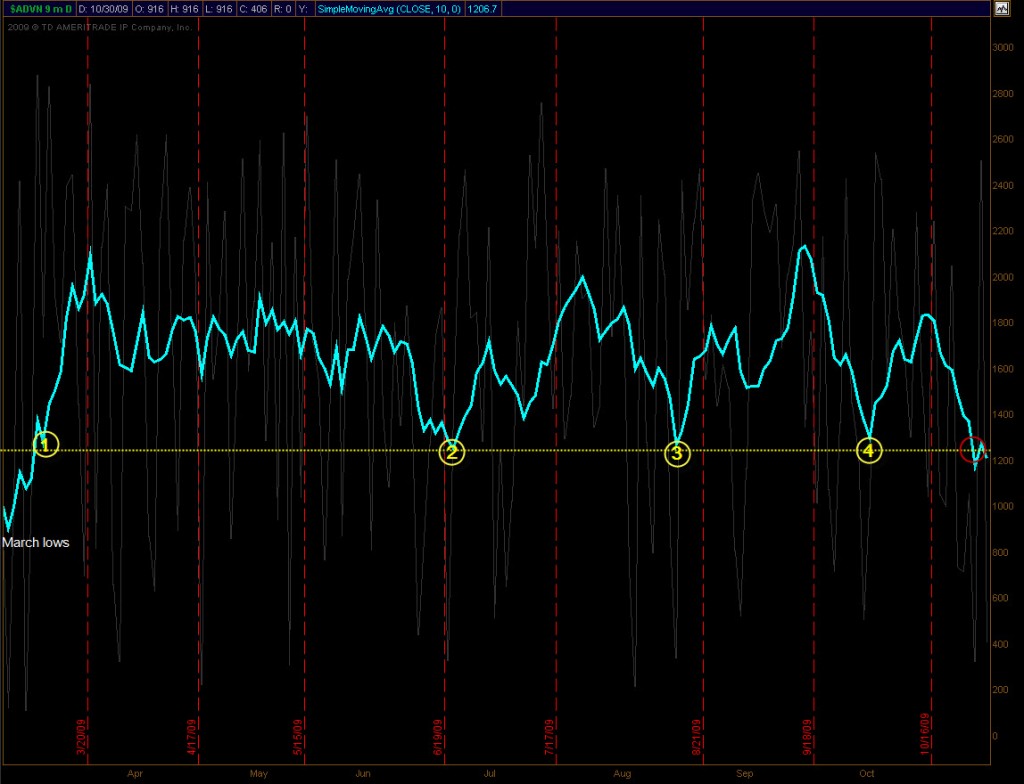 Let’s not forget the much talked about US Dollar/Equity correlation and the impact that has had on the current environment. The most recent rally in the dollar hit its peak in early March and that is the same time the the broader index “bottomed.” If you look at the numbers, you’d see that since then the dollar has taken a 15% dive while equities have soared nearly 56%. I will continue to watch the current relationship but historically equities do better when the dollar rallies and I’ll be looking for that trend to return. 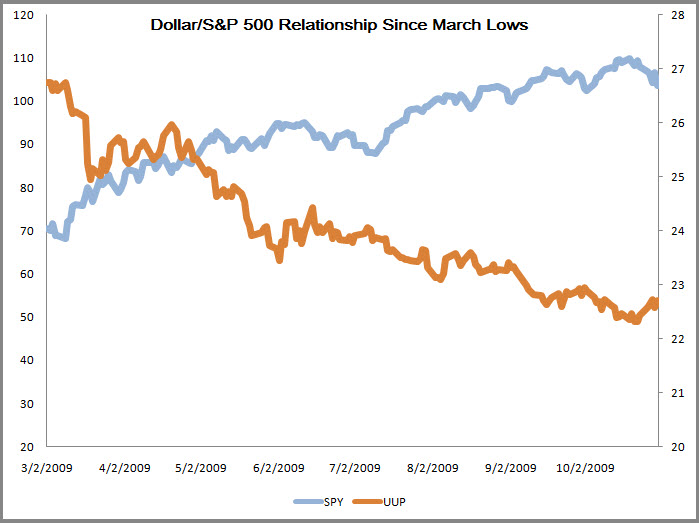 Bottom line is that price action in the major indices has shown some weakness here and the markets have gone from being overbought to being oversold rather quickly. It is my belief that the “rally” that has been in place since March was based on a bar that was set too low in both economic indicators and earnings. It’s easy to move higher when performing above expectations and we’ve seen that over the past two quarters. It’s as if reality if finally kicking in and everyone is noticing that perhaps the economy isn’t in that great of shape. It’s going to be a great month!