One, Two Punch For The Bulls

Looks as though the bears won out on the argument of the recent market action as the major indices suffered their worst loss since the crash of 1987. Seems to make sense to have such a day as last week we had the biggest gains since 1933. The only silver lining is that volume was a bit lighter, but that’s a really faint lining.

The street was expecting a drop in retail spending but not the 1.2% drop that was reported this morning. The expected drop was a mere .7% so to get a number twice as expected shows just how fragile the economy is. Taking into consideration that the consumer accounts for two-thirds of US economic activity, the number really hits home.

Once again, tomorrow brings a ton of data for the markets to chew on. The most important of the reports tomorrow will be the Consumer Price Index (CPI). It’s painfully obvious that the consumer isn’t spending so don’t be surprised to see a larger decline than the 0.1% gain the market is looking for. If, and that’s a big if, we get a better reading than 0.1% then that could bode well for the indices. 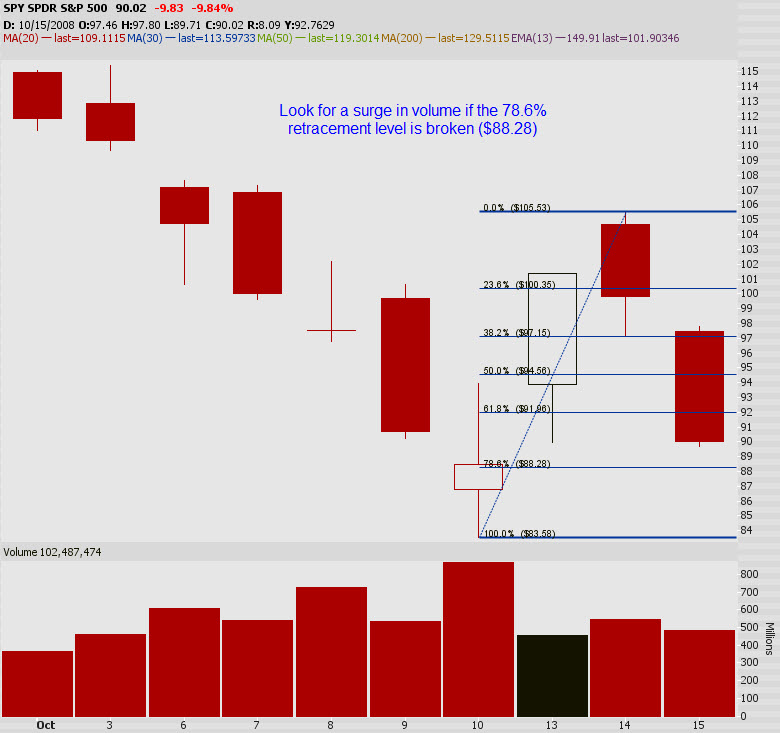