There are a few good catalysts this week in the form of the Producer Price Index (PPI) on Tuesday and the Consumer Price Index (CPI) on Wednesday. Both of these numbers can move the market and if they both agree in sentiment, it could propel the market outside of the recent trading range. With nothing really coming later in the week for economic reports, these two heavy-weights will do a majority of the lifting. The PPI is expected to come in at a loss of -1.5% (core 0.2%) and the CPI is expected to show a loss of -0.8% (core 0.2%).

I also wanted to point out a few technical items with the S&P as we approach this pivotal week. If you look at the weekly chart below you can see that the 50 SMA is about to cross under the 200 SMA. In addition, look at the Bollinger Bands and notice how far away the broader market is from the mid-point. If the economic reports are received well, we’ve got a few technical indicators that could give the bulls a leg to stand on. 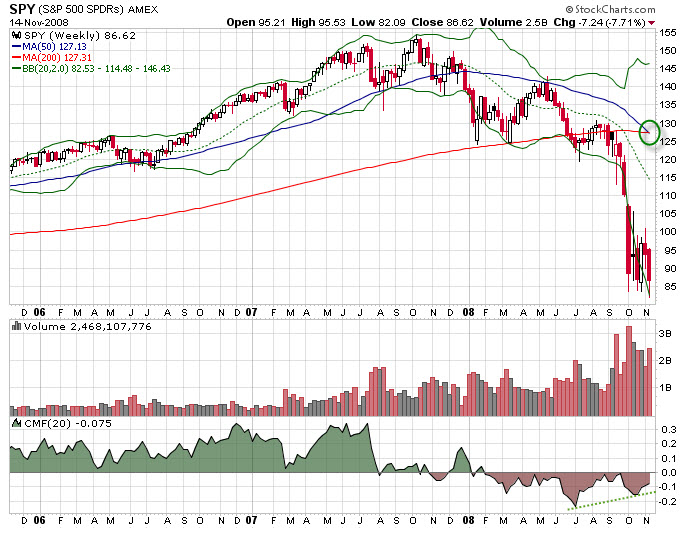