After taking a week off I’m truly able to see the market with a fresh perspective. Even though I attempt on a daily basis not to get too set in my approach, it happens. It’s only after an extended break that I’m able to see that I may have been too comfortable in my analysis. What I noticed was that there is a confluence now of the 200 day simple moving average and the year-to-date vwap. Should be an interesting level to watch for August and perhaps for the rest of the year.

With nearly 75% of the S&P 500 having reported earnings and the broader market sitting where it does, it looks like the rest of Summer may be a non-event. As a premium seller that’s fine with me, but there are still plenty of economic events to move the market. I’m waiting for the non-farm payrolls this coming Friday and the FOMC statement on the 10th. 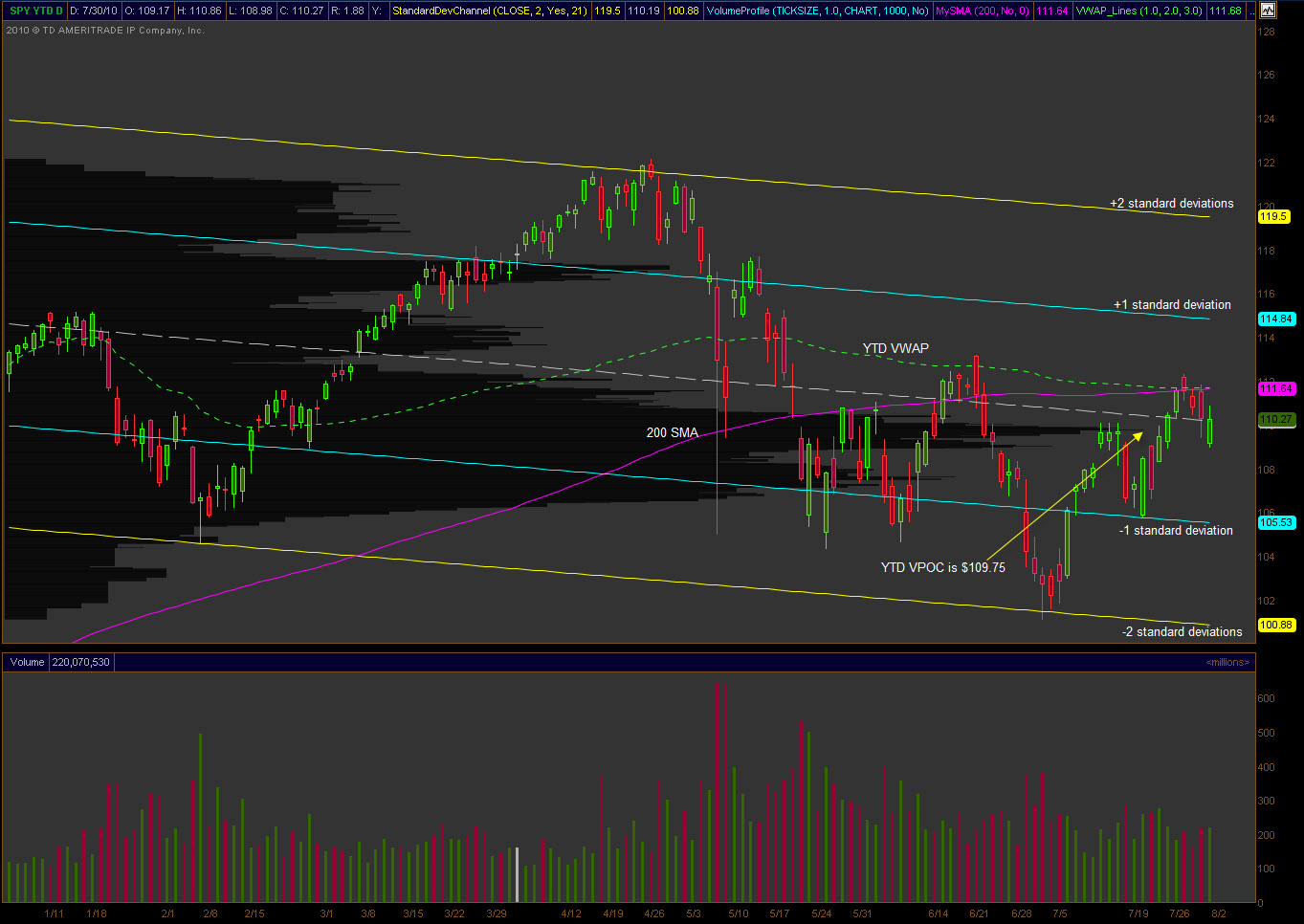 The standard deviation channel (midpoint is white-dashed line) is clearly down even though the broader market is nearly flat for the year. Given the “flash crash” being calculated into the channel I’d be surprised to see a breach of either extreme before the end of the summer and, perhaps, the year. Obviously I’m no fool and will continue to monitor the market as the channel is a dynamic indicator and change as time passes.

Bottom line for me is that I found it interesting that the average market participant that got long at the beginning of the year is slightly under water. In addition, the 200 SMA is there as well and the $SPY closed at the mid-point of the standard deviation channel on Friday.