Today’s price action saw the small caps ($IWM) and the large caps ($SPY) diverge, especially as the day wore on. I’ve always associated the small caps as the riskier play in equities (as most do) so it stuck out for me and many others today. I thought I’d take a look at the shortest moving average I track, the 4 sma, and see what the divergence looked like under the hood. 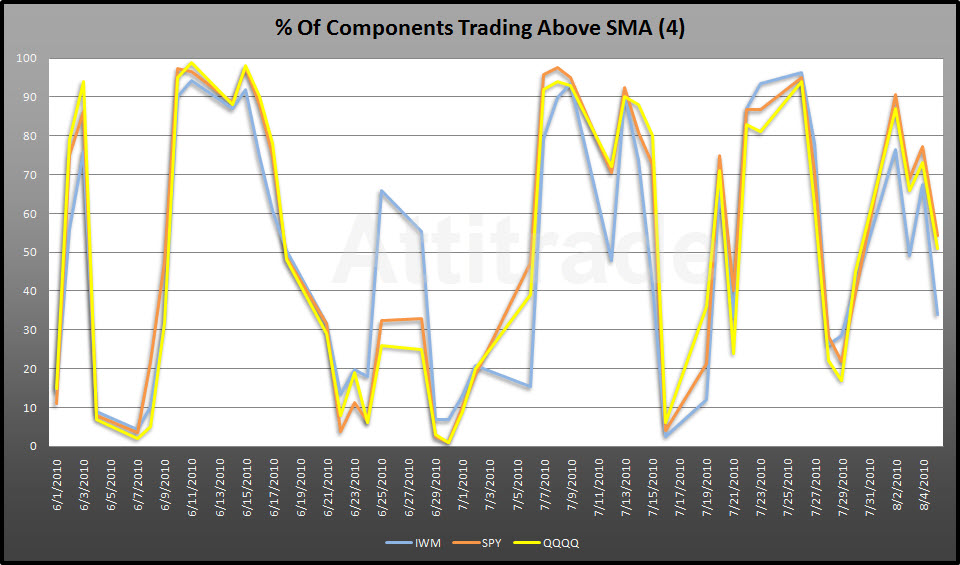 The small caps (blue) have been leading the way lower since the end of July. Similar action was seen back in early (7/9) July and by mid July the rest of the major indices were right in line with under 10% of their components trading above the 4 sma.

What does this mean? Could be nothing (but I doubt it) as bad news from Chiner and  jobs is shrugged off. My overall Delta is negative as I was unable to sell an acceptable put spread in $SPX this month (I only have a 10% position) which leaves me leaning heavy on the call side (30%). I’m consider today’s divergence as a shot across the bow for the short-term. One key item I was looking for today was whether or not today’s gap filled as it has every day this week…it didn’t.