What we saw today in the last hour or so of trading is an example of a short cover rally. As soon as the S&P broke the morning highs, the buying to cover ensued. That is a logical place to put both orders to buy to get out of a short and buy to get long. This short cover rally was only for today’s price action. The question that remains is where the “big” short cover rally is going to occur. Look at the 13 EMA and the resistance at that level and that would appear to be a logical level. 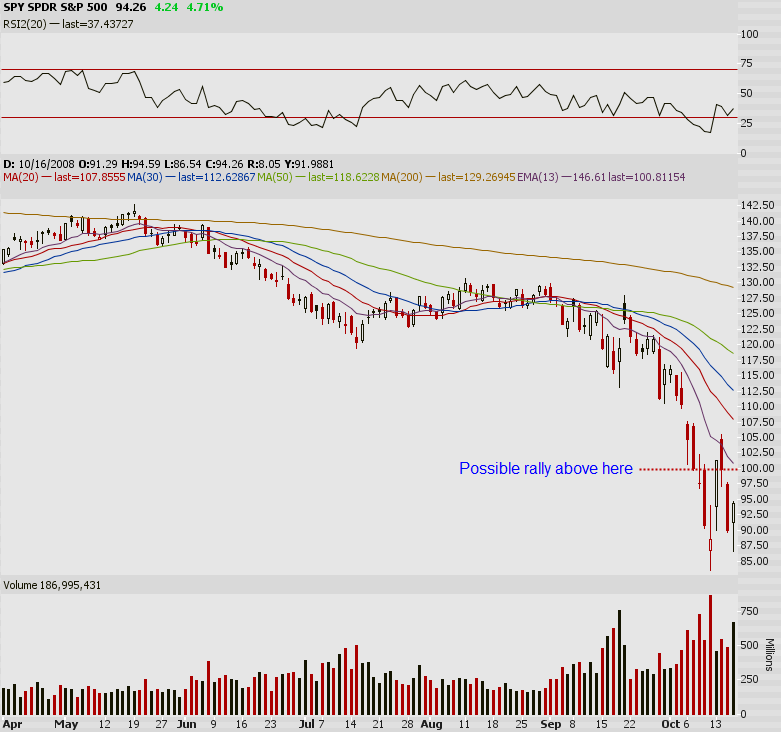 Tomorrow is options expiration so be mindful of any option trades that you might have out for the front-month contracts. Some would argue that today’s late day rally was due to the fact that options on the indexes close today and settle at tomorrow morning’s open. In other words, there was a lot of money lost today on put options on the indexes.

Google had earnings after the close and I want to point out the implied volatility in the front-month options. Look at the chain below and you can see that some contracts were well over 300%! The ad revenue king made $1.35 billion, or $4.24 per share in a down economy. That’s an amazing 26 % increase from last year’s $1.07 billion ($3.38 a share).