It appears as though the bad news for our economy is falling on deaf ears as the reports this morning were less than favorable. New home sales are down 40% from last year and down 69% from the all-time high reached in July 2005. October durable goods orders plunged by a larger-than-expected amount, Chicago manufacturing in November contracted the most since 1982 and consumer confidence dropped to a 28 year low in November. Perhaps the fact that there was extremely light volume ahead of the holiday will play out on a correct reading of the data on Monday of next week. Be cautious of any gains achieved this week.

Nearly every company that has reported earnings has given a much lower estimate for Q1 of 2009. That should be expected and the stocks that have done so have been beaten down, some even unfairly. The environment is setting itself up for a “pop” in either direction based on the earnings from Q1. If the earnings start to appear better than expected, we should see a nice pop. However, if the earnings come in under the lowered expectations (which the stocks have already priced in) then expect a test of the lows from the last reaction to earnings and moves even lower beyond that. In other words, the next earnings season will be an excellent opportunity to gauge the current economy.

The volume was light today, as expected, but what wasn’t expected was the staying power of the bulls. This really does speak quite a bit for the fortitude of the bulls to hold not only overnight, but through the holiday. We also need to take a look at the VIX as it has come in quite a bit this week and we are approaching support there. If that support gets broken then we would expect that it would become resistance and we can see some tests into the $45 area or lower. Keep in mind though that we are in an unprecedented time in the markets so we may be “tricked” at times. However, this is proving to be an area of great interest after coming off of a test of support. 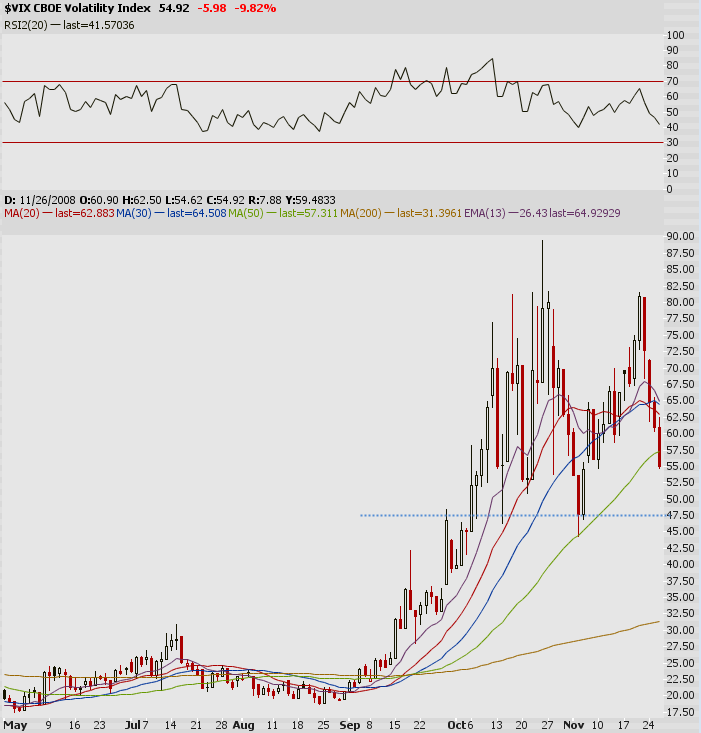