Super bowl XLV is in the books with Big Ben helping Aaron Rodgers get the Favre monkey off his back…thanks, Ben. If you’ve never been to a super bowl I suggest you put it on your bucket list. I remember my first, a quick trip to New Orleans to watch the Patriots. A young short-haired Tom Brady, along with the golden leg of Adam Vinatieri, sent the Rams back to St. Louis without the Lombardi trophy. Awesome game all courtesy of FOX and $YUM. A few years later, on ABC’s dime, my wife and I headed to Detroit Rock City in sub zero temperatures to watch “The Bus” get his ring. Truly great times and memories that will last a lifetime.

There isn’t a lot on the economic calendar and the seasonal impact is nil so I’ll be leaning heavily on technicals. Here’s a few charts I’m watching and it looks like a test of R2 (1328.19) for the February opex is very likely. 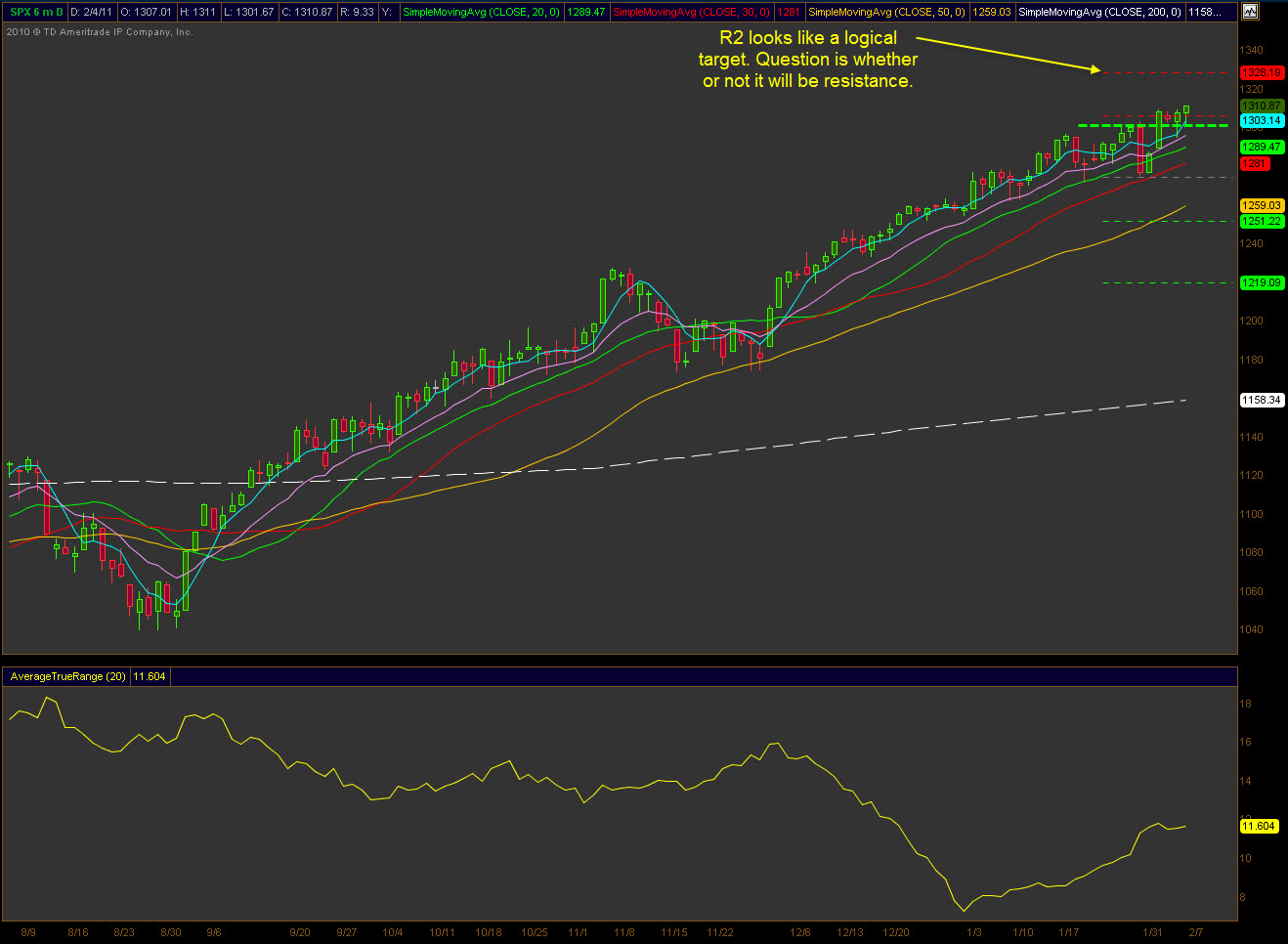 There is a new level of support on the shorter time frames so I’ll be watching to see if that holds this week. 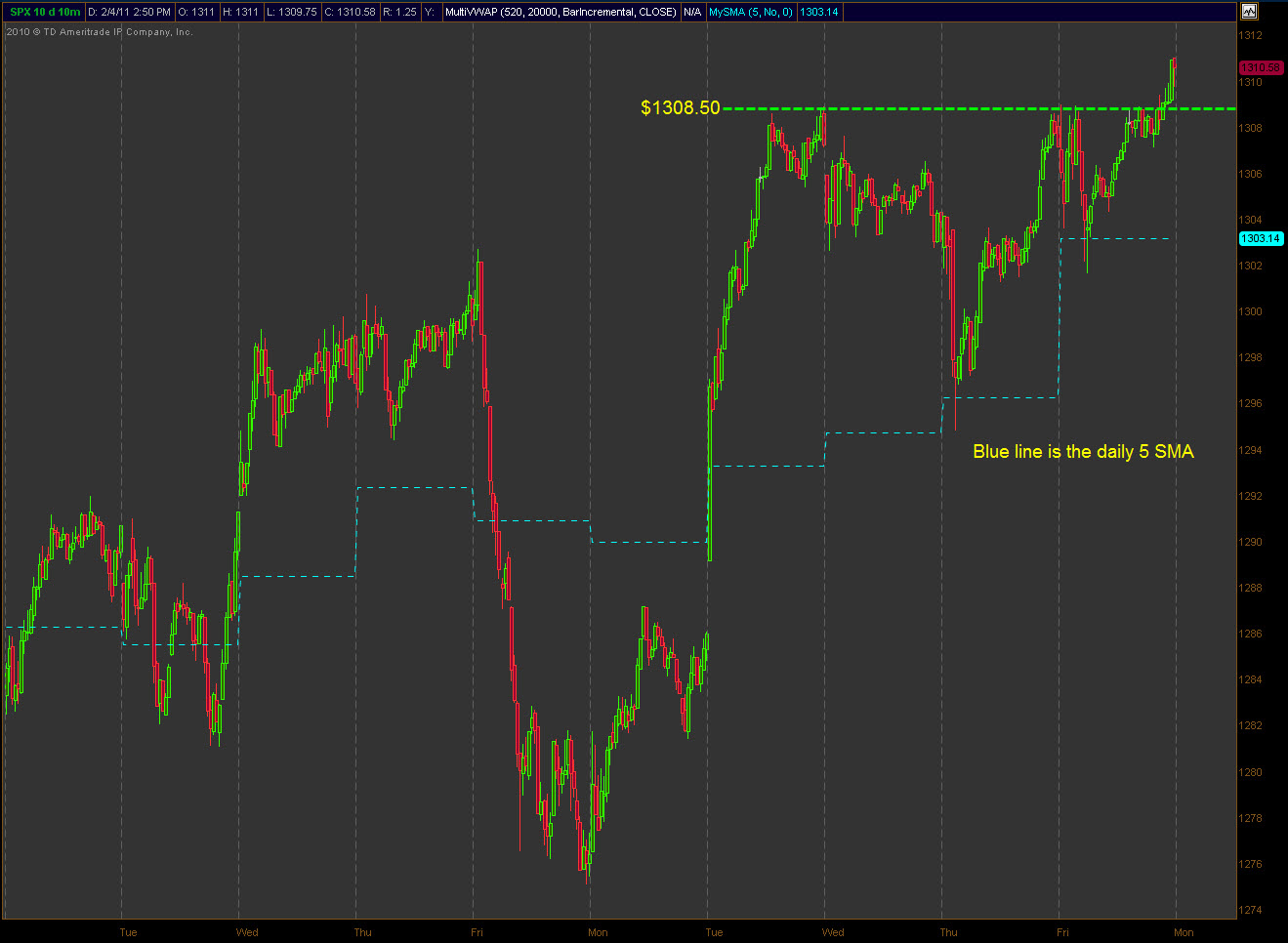 Interesting divergence here between price and money flow. I’ll also be watching the bollinger bands for clues as well. 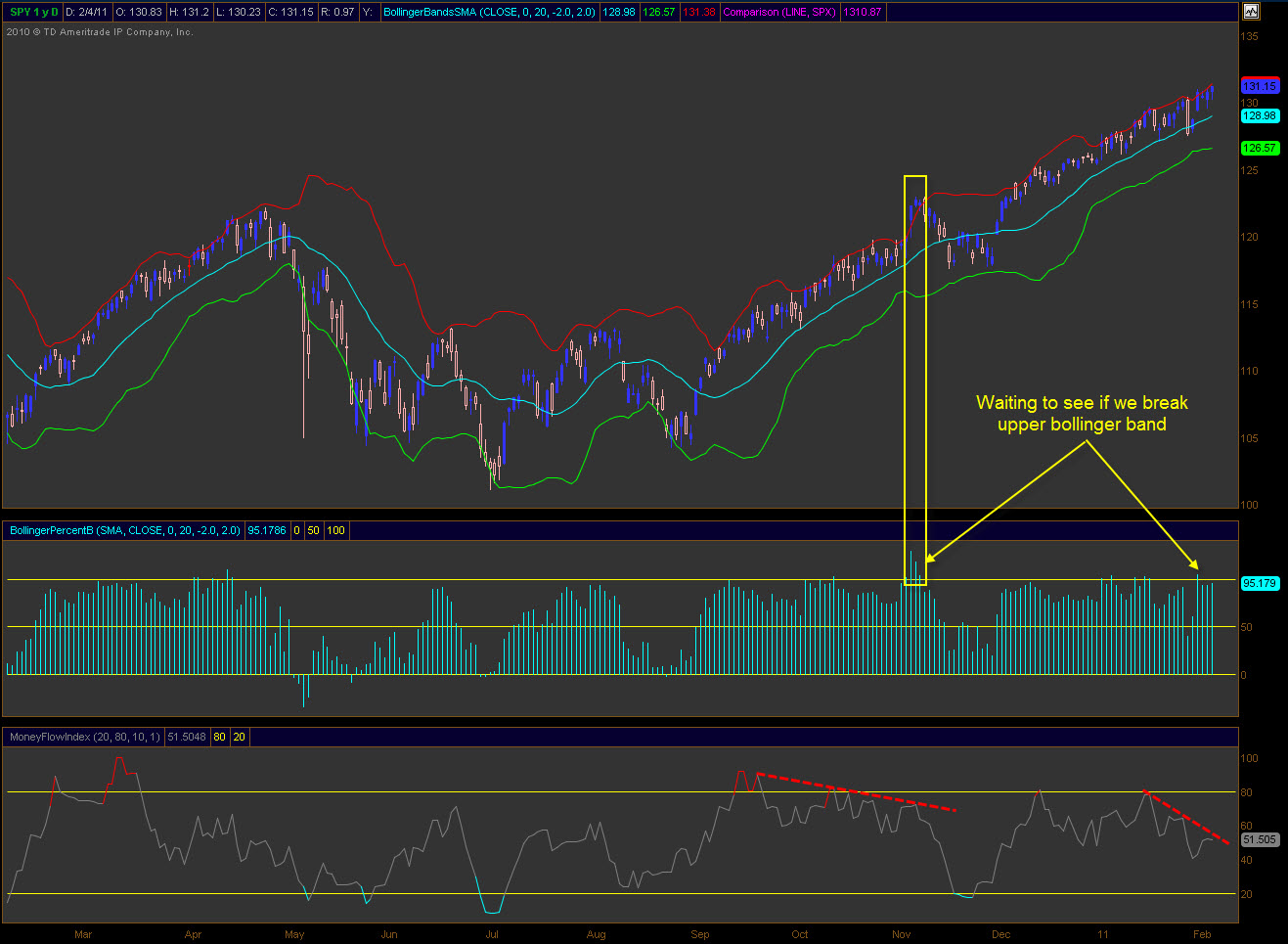 Lastly, here are the weekly price targets for the $SPY. Make it a good week and trade proactively.