Nothing gets my blood boiling like someone that would rather blame others for their issues rather than owning them. Not the best mindset for a therapist, I know, but I was aware of my bias and addressed it by choosing a system of therapy that agreed with me—a psychology of use. 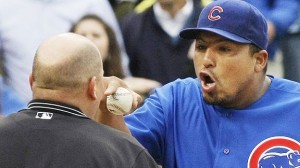 I couldn’t care less why something happened to a client and would spend the hour finding out where it was they wanted to be and what they were doing to get there.

Blame, excuses, justification, rationalization and other forms of fault-finding are all part of the process of running from ownership. “The devil made me do it”, “this is not like me to do this”, “I had a momentary lapse of reason,” on and on. It’s painfully obvious that our society would rather push off all accountability as it’s much easier to play the role of a victim. This crap will not fly in the markets and many have experienced it firsthand and walk away broke and bitter.

In the markets it’s just you and your money at the end of the day. Did you have more income trades than expenses, or was today one you’d rather forget? It’s so easy to let a losing day slide, just one time, and chalk it up to market manipulation or some other nefarious act. Simply move on to the next opportunity and forget about the loss. BS! You won’t last long with that mindset.

I’m guilty! And far from perfect in some aspects of my life when it comes to accountability. It’s called human nature and you can learn more about it by studying locus of control. In trading though, shoveling failure in someone else’s direction is pointless and why many participants find a mechanical system of trading much more effective than a discretionary system. Discretionary trading and a lack of accountability do not work well together.

One way to address a lack of accountability (discipline) is to design a system that gets you in and out of a position without much thought. If you enter a position via technical analysis then the same should take you out. Perhaps your system has built in scaling and you automatically take a percentage off at certain levels. Whatever the system, make it your own and don’t forget that the market is dynamic and thus your system will need adjustments over time. And when you take a loss, own it!