As a former therapist, one of the areas I would focus on with clients is the way in which they would perceive their situations. Using a technique called re-framing; I would help them see their “problems” from a different perspective.  Often times, clients would be able to overcome roadblocks simply by combating their negative perception of situations. This was quick and a huge relief for my clients and similar techniques are used elsewhere. 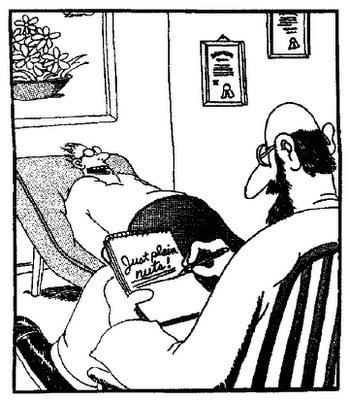 In marketing this is called value re-framing. In other words, marketers bring about new value to an existing product simply by finding a different market or context for a product. Drug companies use this same technique during clinical trials of drugs where the drug didn’t do A, but it sure did do B. Rather than scrap the research done on the drug; they simply market it as an aid to B.

How can this be used in trading? After a trade is completed go back in and diagnose the trade.  I suggest doing it several days after the trade is completed as this will help in bringing clarity as most emotions will be in check as time has passed. Here are a few questions you can ask yourself as you diagnose your trades.

Be honest with yourself and learn what you did wrong and, more importantly, what you did correctly. This process allows you to discover new strengths and weaknesses that you might have. The idea is to focus on the positive, then the negative. It’s easy to focus on the negative, so avoid doing that first. Here’s the key: Turn the items that you’ve deemed as a negative into a positive. It may be difficult at first, but totally worth it.

You might find that, over time, you are just no good when it comes to trading a certain stock or sector and thus you can avoid that stock/sector. As an example, I found out that over a period of time that some of my biggest losing days were Fridays; regardless of the asset. As a result, I turned that into a positive by doing two things-not trading on Fridays and doing core research instead. Both of these activities increased my equity curve over time!