You Want Fries With That Chop?

Chop, chop, chop and not much else today as the markets moved up and down and ending flat for the most part. Take a look at the breadth of the NYSE and you can see that there really was no clear direction today. However, the volume did pick up; it just didn’t move anything really. We have a few catalysts tomorrow (retail sales and import prices) so perhaps there’s a chance we’ll see some direction then. 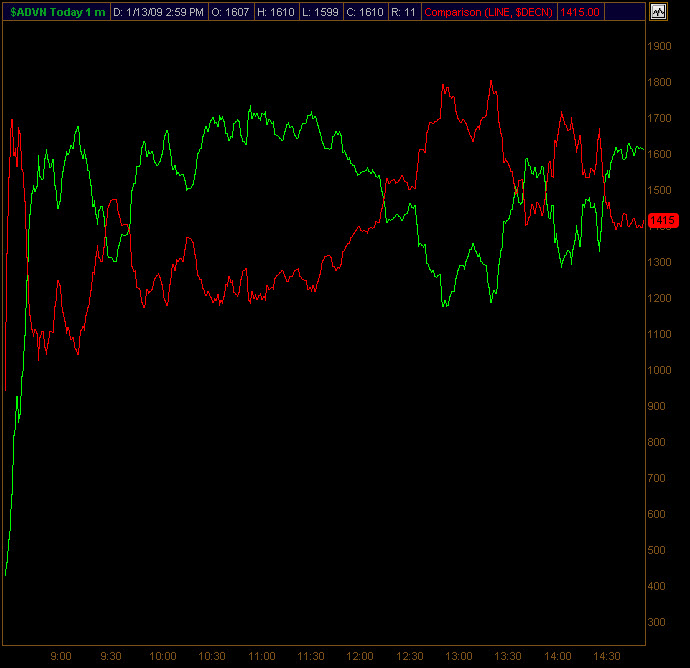 Pfizer ($PFE) dropped a bomb today that it was planning to cut 800 research positions this year, mainly in the area of heart research. Since 2004, Pfizer has cut about a ¼ of it global workforce and with the latest numbers that puts the total somewhere around 26,000 jobs. It’s long been speculated that Pfizer would buy one of the larger biotech companies out there like Amgen ($AMGN) or Gilead Sciences ($GILD) and perhaps this restructuring includes a bit more than speculation. Amgen just launched a $2 billion debt into the market today though so that kind of throws a bit of cold water on them. 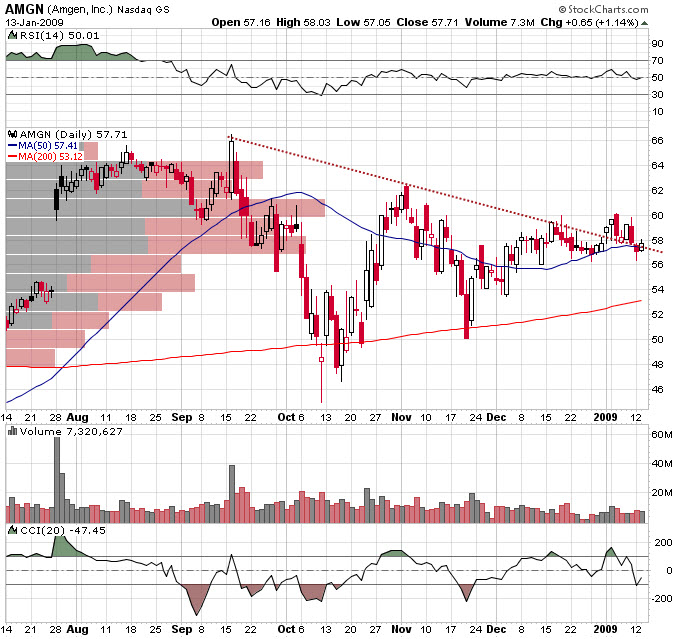 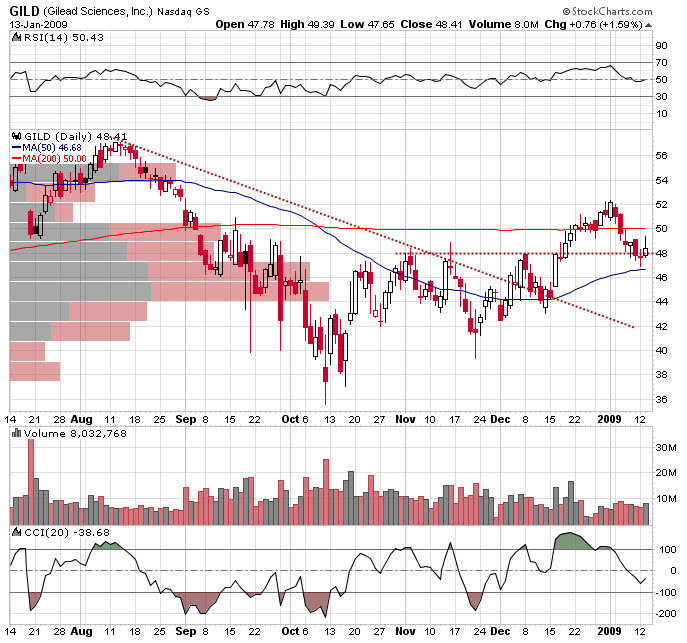 Canada’s trade balance with the world fell to $1.3 billion in November from a revised $2.3 billion in October as both exports and imports declined. Overall, energy exports dropped 19.4 % to $8.4 billion, the fifth consecutive monthly decrease in this sector. The decrease mostly reflected a 15 % decline in prices, while volumes were also down 5.1 %. Oil did gain a bit today on Bernanke’s comments regarding President-elect Obama’s stimulus package.

Tomorrow we get the retail sales, import prices, business inventories, crude oil inventories, and the beige book. On the earnings front, XLNX is the only S&P 500 company reporting tomorrow.