What’s the deal with Mondays?

Not much good in the stock market today as the selling pretty much began as the bell rang. Take a look at the breadth and you can see the decline as the day wore on. The volume today was anemic and that is becoming the norm now for Mondays. Not sure if that will remain the case, but there was little conviction in the move down and not much buying action either. If the volume doesn’t start to pick up on Mondays I may need to add another round of golf for the week. 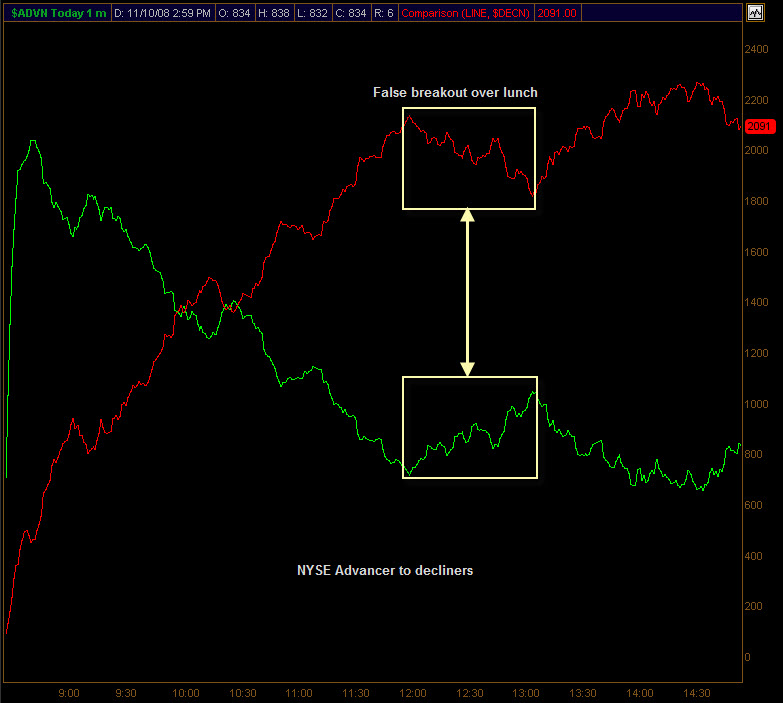 USG Corp ($USG) saw some increased interest in near-term options today as the stock broke support. The November $15 put saw over 3,100 contracts go out and the December $12.50 put saw nearly 6,200 contracts go out today. There are about 8.3 million shares short this stock right now which translates into 10% of the float. In addition, the stock is a whopping 817% from its 52-week high of $115.70. Perhaps this is a bull selling those puts or someone writing naked puts to buy the stock at that price. At the current daily volume rate, it would take over 5 days to cover the short interest which could make for a nice short rally. They did announce recently that they are laying off 900 workers and the stock is in the building materials so it could be common sense buying puts as well. 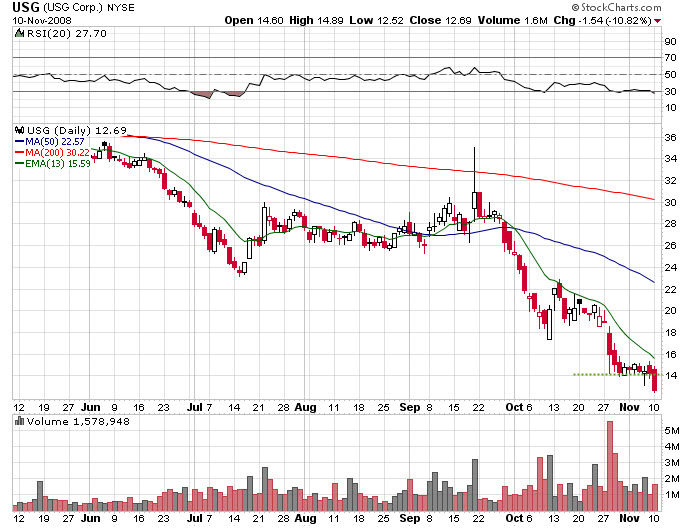 One stock that has been rising on unusual volume today is New Oriental Education ($EDU) as the stock closed up 4.33% today. The volume is rather light for the past 90-day average, but there are plenty of options and interest in the stock. With the current stimulus package released from China, this company could see an influx of student enrollment. Some of its US counterparts are Devry ($DV), ($ITT), ($ESI), and Strayer ($STRA). If the layoffs continue at their breakneck pace, we may see an influx with these names as well. 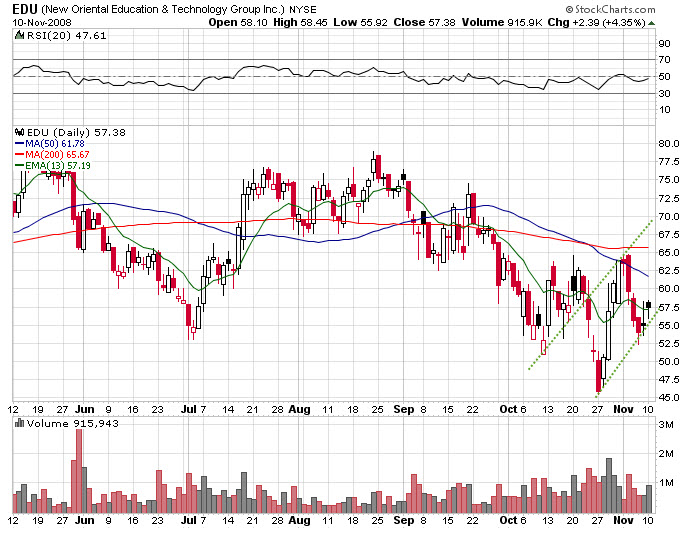