Here we are, the last week of 2010. Not expecting much but a low volume grind higher with Tuesday being the best chance for the bulls to make some new highs. For the $SPY the 19th trading day of December is Tuesday which has a good history of being positive. Whether or not that bullishness holds for 2010 remains to be seen but similar statistics are there for the $DIA and $QQQQ 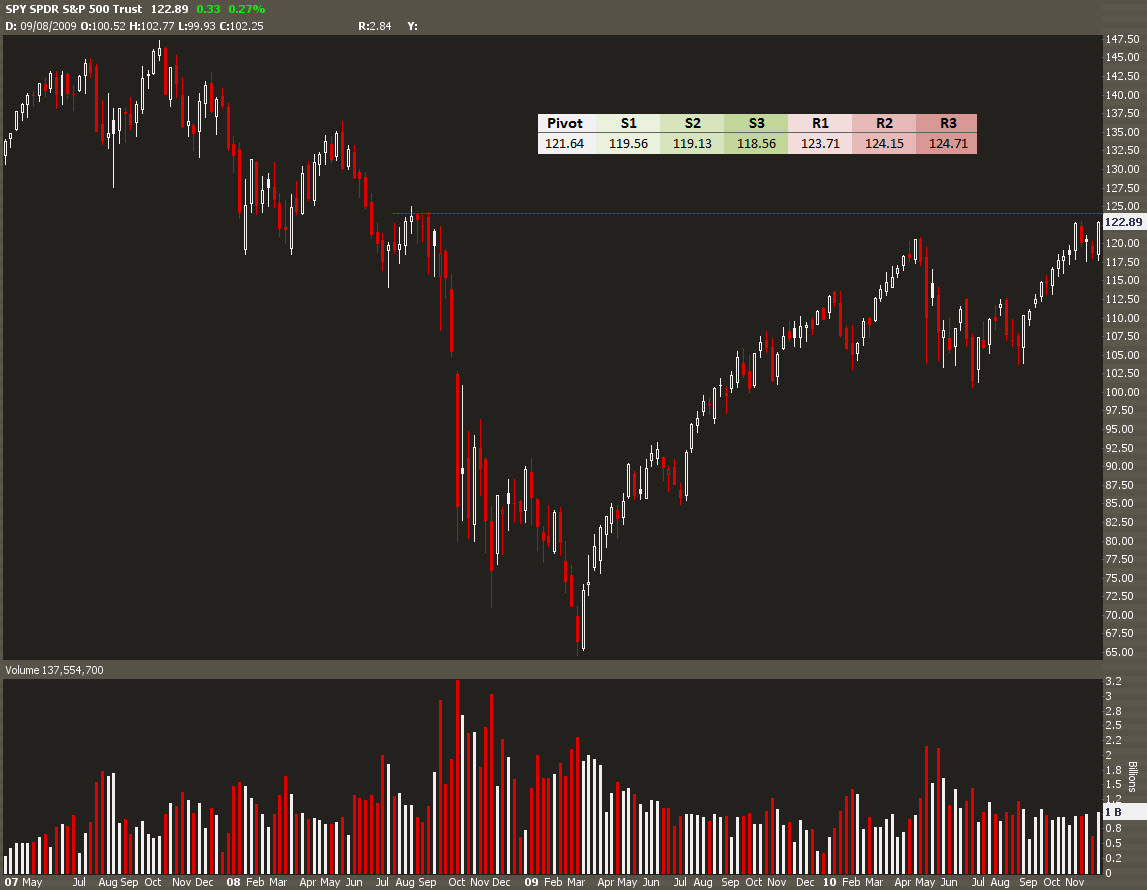 The 60-day standard deviation channel continues to be a great read on the SPY since breaking out of the downtrend early in December. The RSI has come in quite a bit and the market has traded sideways for the most part over the past few days. News out of China hasn’t really impacted the futures but looks as though we will open a bit lower today. I’d expect the mid-point, currently at 124.42, to hold as support on any weakness.

Should be a thin week and some individual names could be difficult to trade. I found a few names that had Donchian channel (55) breaks last week that have potential. I like $MEE to the upside and $UAL to the downside. Have a great week!