September has been a mixed bag but appears to be on track for some decent gains in 2010. As I pointed out last week, I thought the market would move higher and “prairie dog” above the 114 level. I will admit that I wasn’t expecting what happened on Friday, although I was looking for a bounce. The price action, at first,  seemed like short covering as the bears had been waiting for a chance to act. However, as the day wore on and the market closed near the highs it appears as though the bulls treated the pullback as a buying opportunity. Conviction is the name of the game here and I think this week will hold more importance than last.

There’s not much in the way of seasonality for the end of September but seasonality has had little impact lately. However, the end of the quarter is upon us as well as earnings season so if the bulls have the conviction then the gains should hold. If that conviction is waning and profit taking seems the prudent thing to do then we should see a pullback this week. For my money the weekly close will be an excellent gauge of sentiment.

Below is a two week chart of the $SPY which contains the price action since breaking above the 200 SMA (not adjusted for dividends). The last few attempts of moving above and beyond the 200 SMA have proven futile and this break appears to be different, so far. The 61.8% fib level and the two week midpoint are within pennies of each other and circled in yellow. Right under that is the volume weighted average price (VWAP) at 113.79 which served as support early on Friday. 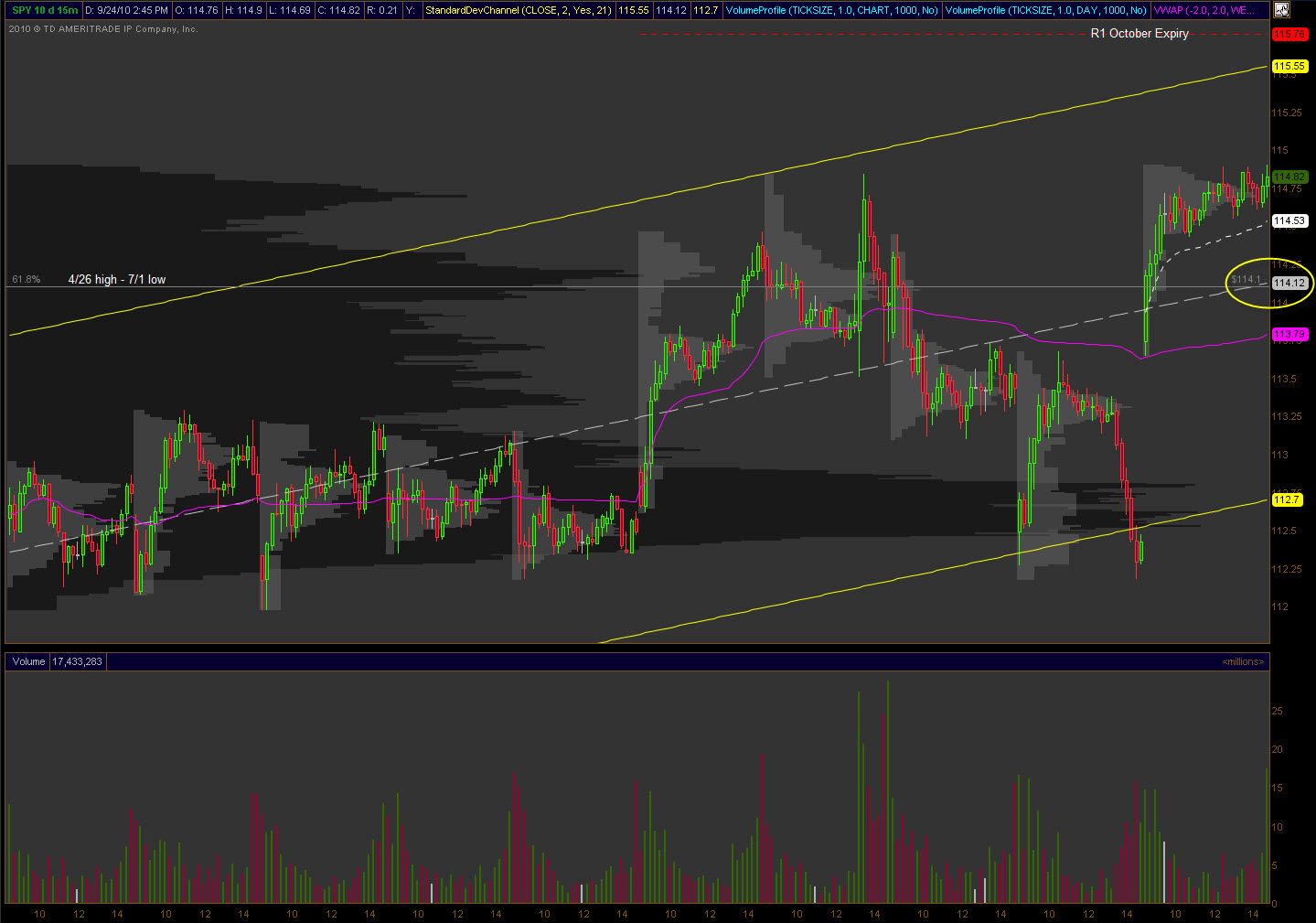 Two upside targets that I see are the upper channel of the +-2 standard deviations (115.55) and the R1 (115.56) of the October cycle. The channel is dynamic but it shows a nice uptrend of an otherwise mess in the price action. That dynamic trend could change at any point but for now it’s nearly three points wide. Below are the weekly targets for the SPY that could come into play with the pivot just above the two levels mentioned earlier (A is for above pivot and B is for below pivot).

Should be a good week to participate in the market as two option expirations occur this week sprinkled with lots of economic data to act as a catalyst. Don’t let your opinion get in the way of achieving profits. Trade proactively!