As earnings go, this week will be key for clues as to the overall season. So far earnings season hasn’t been that great for the bulls. Two events on the economic calendar this week that I’m watching are the FOMC statement on Wednesday and the advanced GDP on Friday. Both of these reports will give clues about any potential changes to and the impact of QE2.

The most interesting development from last week that I’ll be watching closely this week is the small caps slipping into negative territory for the year. This move lower occurred as the DJIA was making fresh 52-week highs, an occurrence that is rather rare. This outcome has had negative implications the few times that it has occurred so the $IWM bears watching closely here.

Here’s the 60-day trend (+/- 1 standard deviation) which shows the recent weakness. I’ll be watching to see if the broader market can regain the mid-point which is currently 128.90. 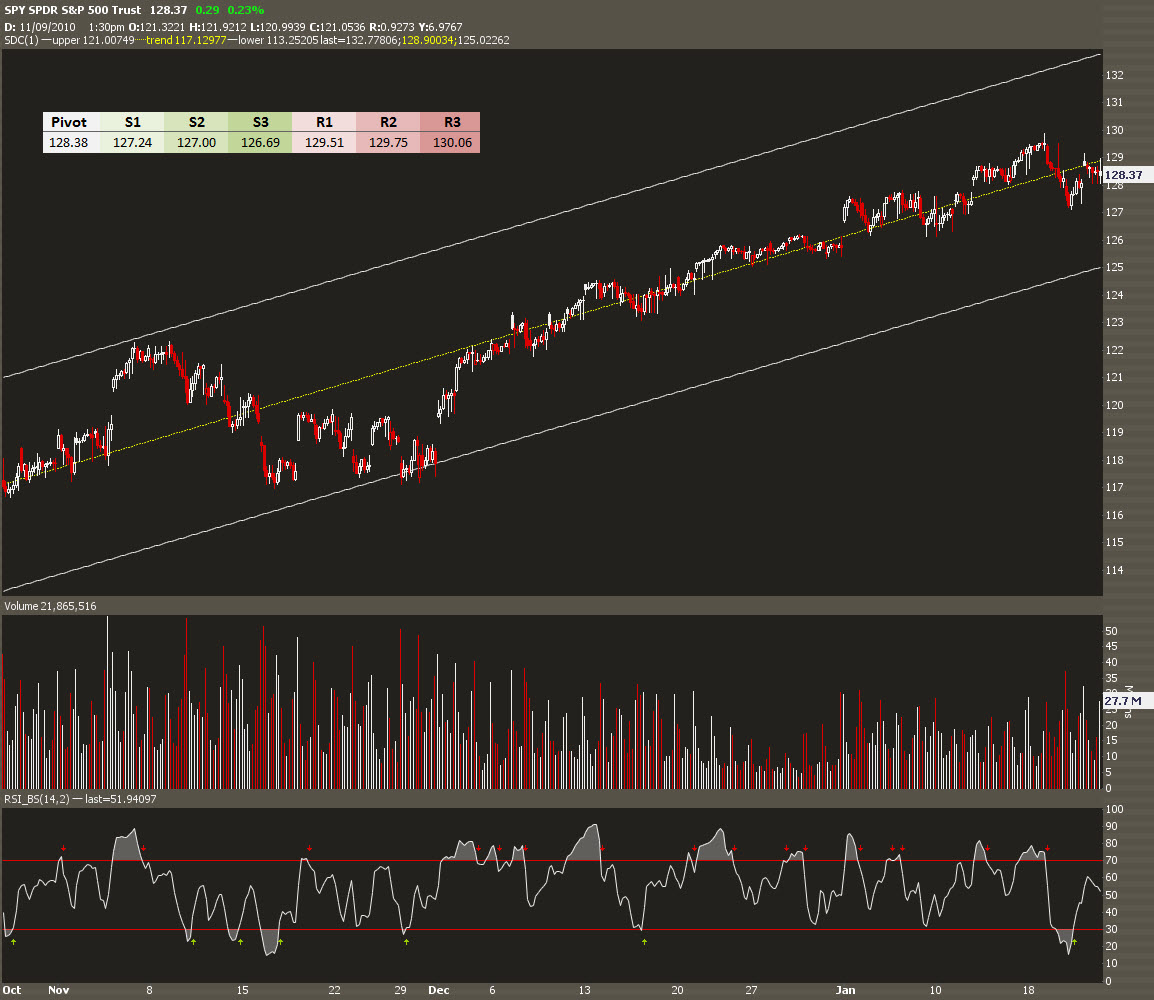