2011 is here and with the $ES_F up nearly a percent it looks to be a nice gap up to start the year. I think the most widely watched technical level of the end of 2010 was the break of the 61.8% fib level on the monthly chart for the $SPY. Nice break, no question, and that level should initially act as support when tested. I see the first level of resistance being just above 130 from the prior highs back in mid 2008. 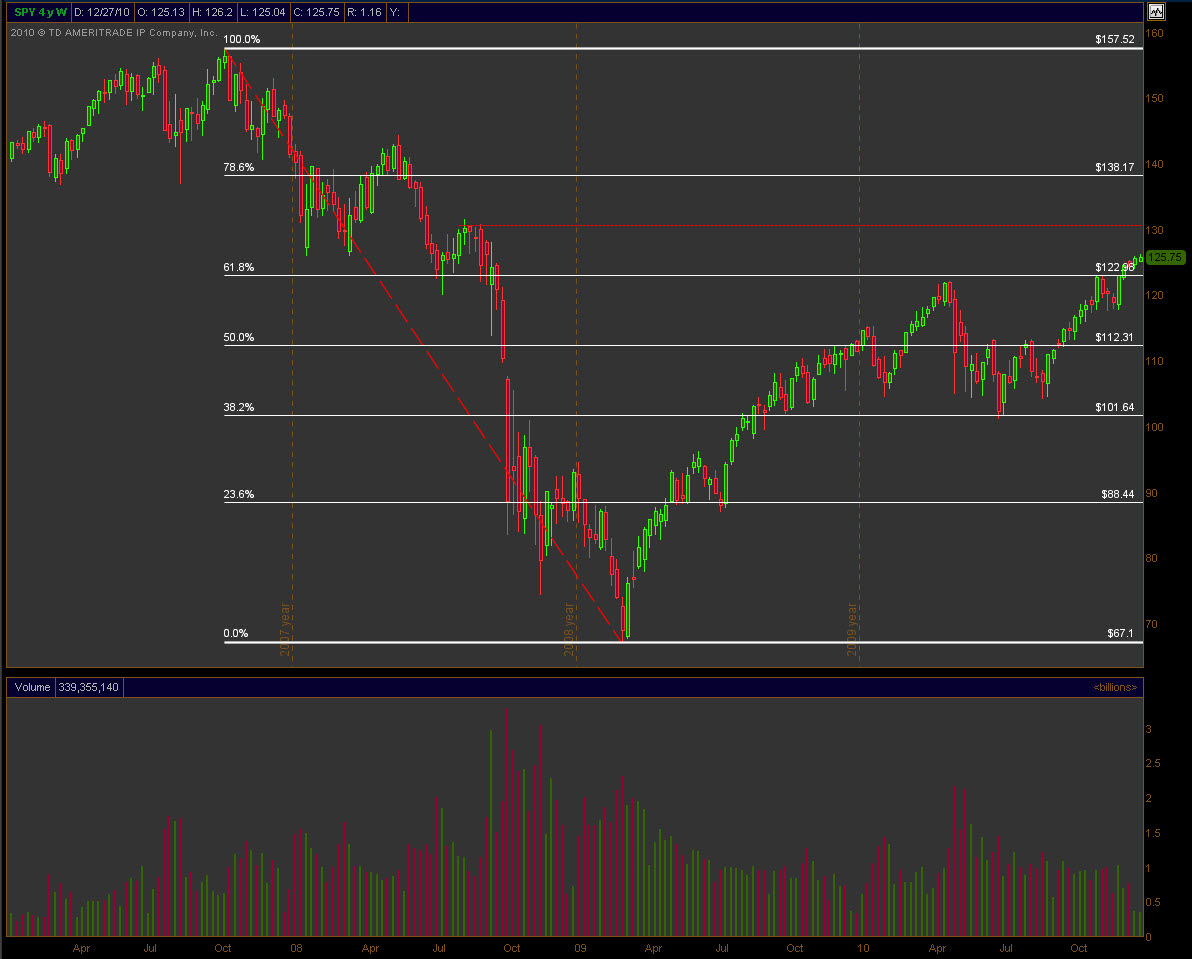 Here are the weekly price targets for the $SPY

There’s a ton of research out there telling you how to approach the market at the beginning of year. Clues to look for as to how the rest of the week, month, year will be and how to trade it. Do your best to ignore it and focus on YOUR strategy and trade accordingly.