Wal-Mart ($WMT) put a little fear in the futures pre-market this morning ahead of the weekly jobless claims. Same store sales for Wal-Mart rose 1.7% for December while analysts were expecting more at 2.8%. Add to that a drop in their earnings forecast by $0.12 and you get a 7.5% drop on the day. It looked as though we were headed for another move lower based on Wal-Mart, until the jobs data came out. The street was looking for an increase to 545K but was surprised with a loss of only 467K and an upward revision by 1K of last week’s number. 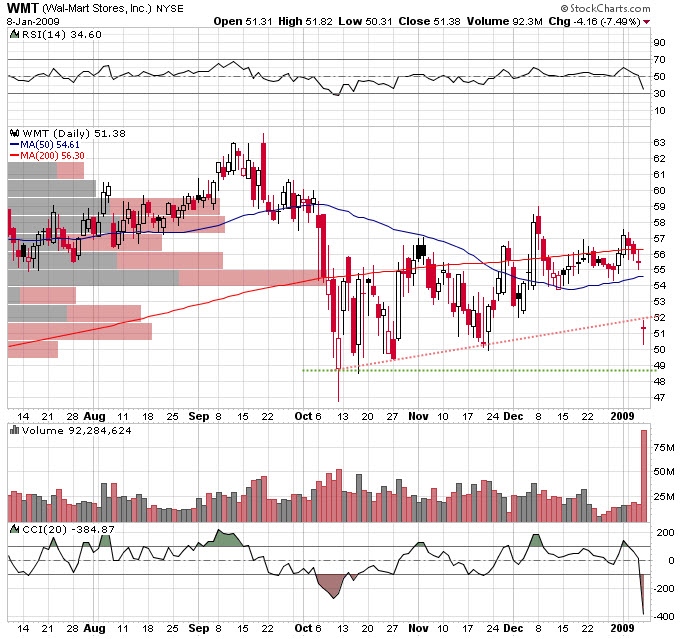 Other retailers seemed to fair pretty well over the holidays when compared to Wal-Mart. Target ($TGT) reported a 4.1% decline in same store sales but the street was expecting a 9.1% drop. J.C. Penny ($JCP) also had better than expected results with an 8.1% decline; better than the expected 10.3% drop. Perhaps the lower end Wal-Mart shopper is feeling the pinch a bit harder than those who would buy their goods at Target and/or J.C. Penny. 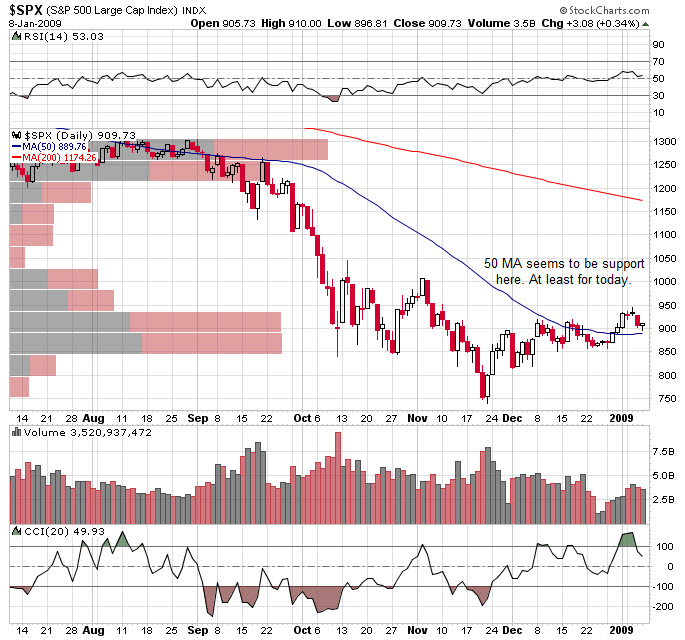 Tomorrow is a huge day for catalysts as we get the biggie—the non-farm payrolls and the unemployment rate. The street is looking for an increase in the unemployment rate to 7% (Canada is expecting 6.5%, a 0.2% increase) which would be a 0.3% increase over last month’s rate. The number of job losses is expected to be 500K (21K for Canada) for December. The ADP number on Wednesday showed a much steeper loss than expected so if we get around 550K or more, we could see a move lower in equities. 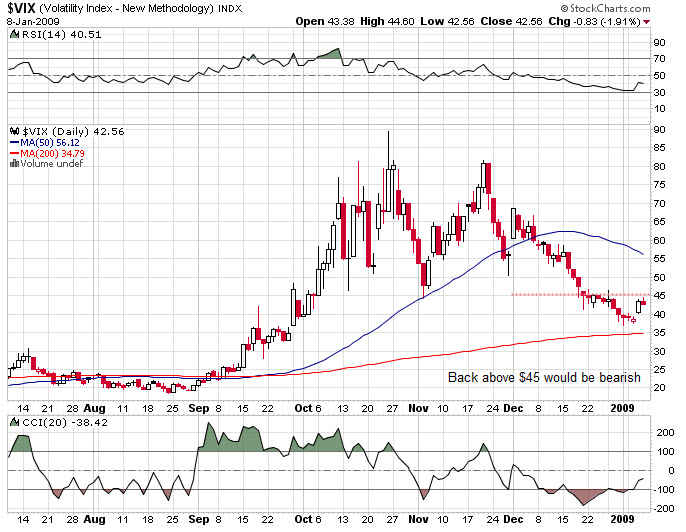 Tomorrow we get the non-farm payrolls, unemployment rate, average hourly earnings, wholesale inventories and some Fed speak from Lacker. On the earnings front, CVX, and APOL are reporting tomorrow.