Warning: Trying to access array offset on value of type bool in /home/335080.cloudwaysapps.com/kjttymqdec/public_html/wp-content/themes/Centumr/inc/template-tags.php on line 1109
 Triple Witching at 1250 – PsychTrader

This coming week is a triple witching and the last 17 occurrences 71% of the time the SPX closed positively for the week. The average gain was a mere 0.73% and that would bring some relief to put sellers. However, June expiration weeks haven’t fared as well with three of the last four ending in the red including -2.64% in 2009 and -3.10% in 2008. Take a look at what the overall June expiration cycle has done over the last 10 years and it’s skewed in favor of the bears (yes, they still exist).

Given where we are in relation to 1250 and how the markets finished the week, odds lie with a test of that level early next week. There is a lot of presupposed support in that area and one could argue that perhaps it’s too much and everyone is expecting a bounce and therefore it will not occur. Perhaps, but the most significant support there is the 200 day simple moving average followed closely by S2 of the June expiry. The TICK did something interesting on Friday as well but that 1250 level seems like low hanging fruit.

I’m starting to see more and more mention of a capitulation day needed before a true bounce and recovery can occur. In all honesty, I can’t think of a more appropriate time than one where it seems everyone is expecting a technical bounce. If that 1250ish level fails and we take into account June’s performance during triple witching week and the overall June expiry performance over the last decade and we very well could see that capitulation day next week.

One caveat is that anything can happen over the weekend that could impact the US Dollar and, as we saw late Friday, the Fed’s POMO activity. There is a whole slew of new traders that have taken the reigns post financial crash and have been spoiled by a bull market where every dip gets bought and the Bernanke put helps them sleep at night. Perhaps they are about to experience that the market doesn’t just go up and every dip gets bought. Hard to imagine that scenario playing out though as we enter the Summer months of trading, but I trade proactively and keep my options open.

I’m going into the week expecting a test of 1250 early and as the week moves closer to option expiry the market moving higher with elevated levels of volatility. I’ll be looking to sell July spreads this coming week and closing out or adjust my June positions. As we enter deeper into Summer I lighten up on my participation in the market. I’ve had a great year so far and I’m not looking to press that going into times of uncertainty, low volume and chop. 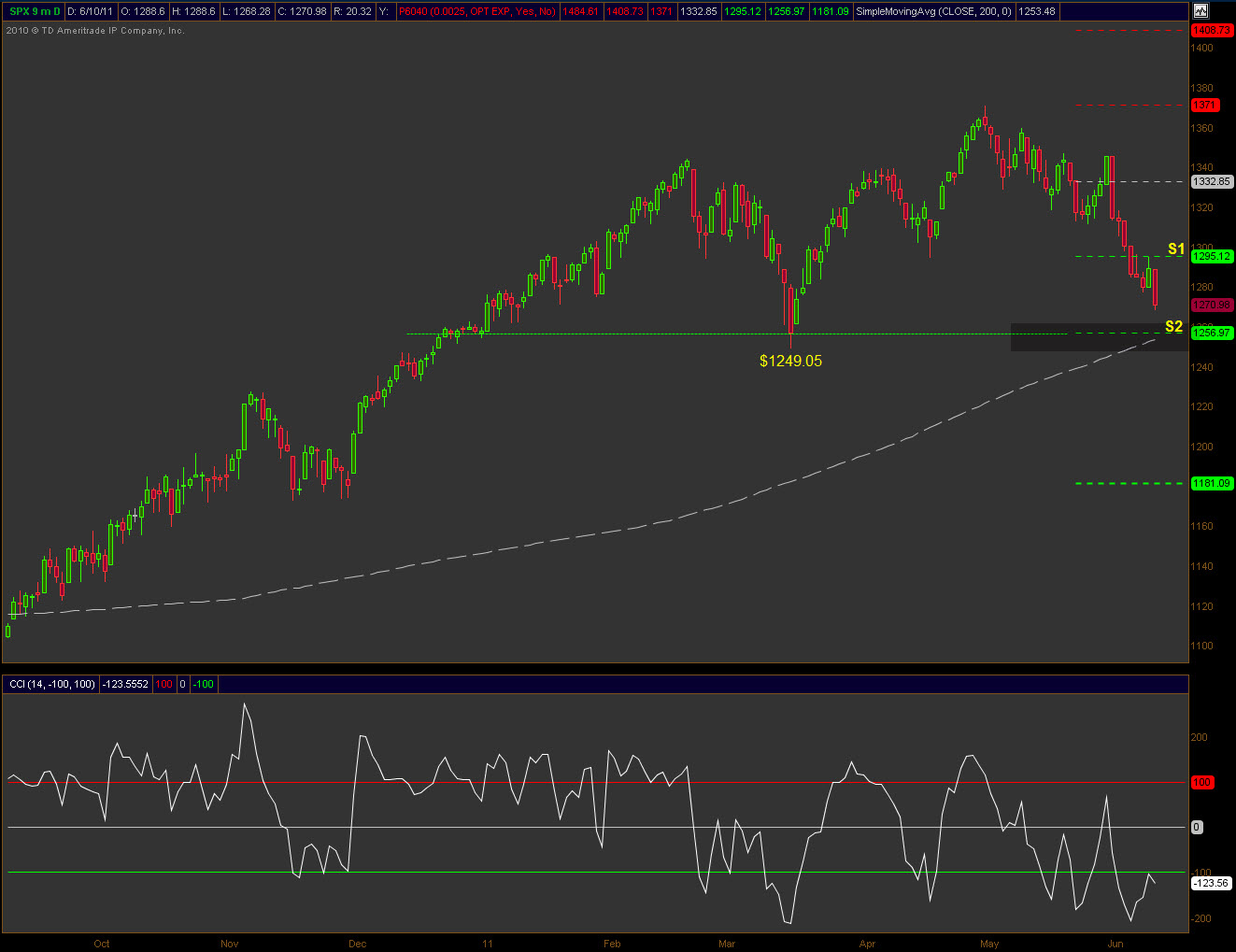 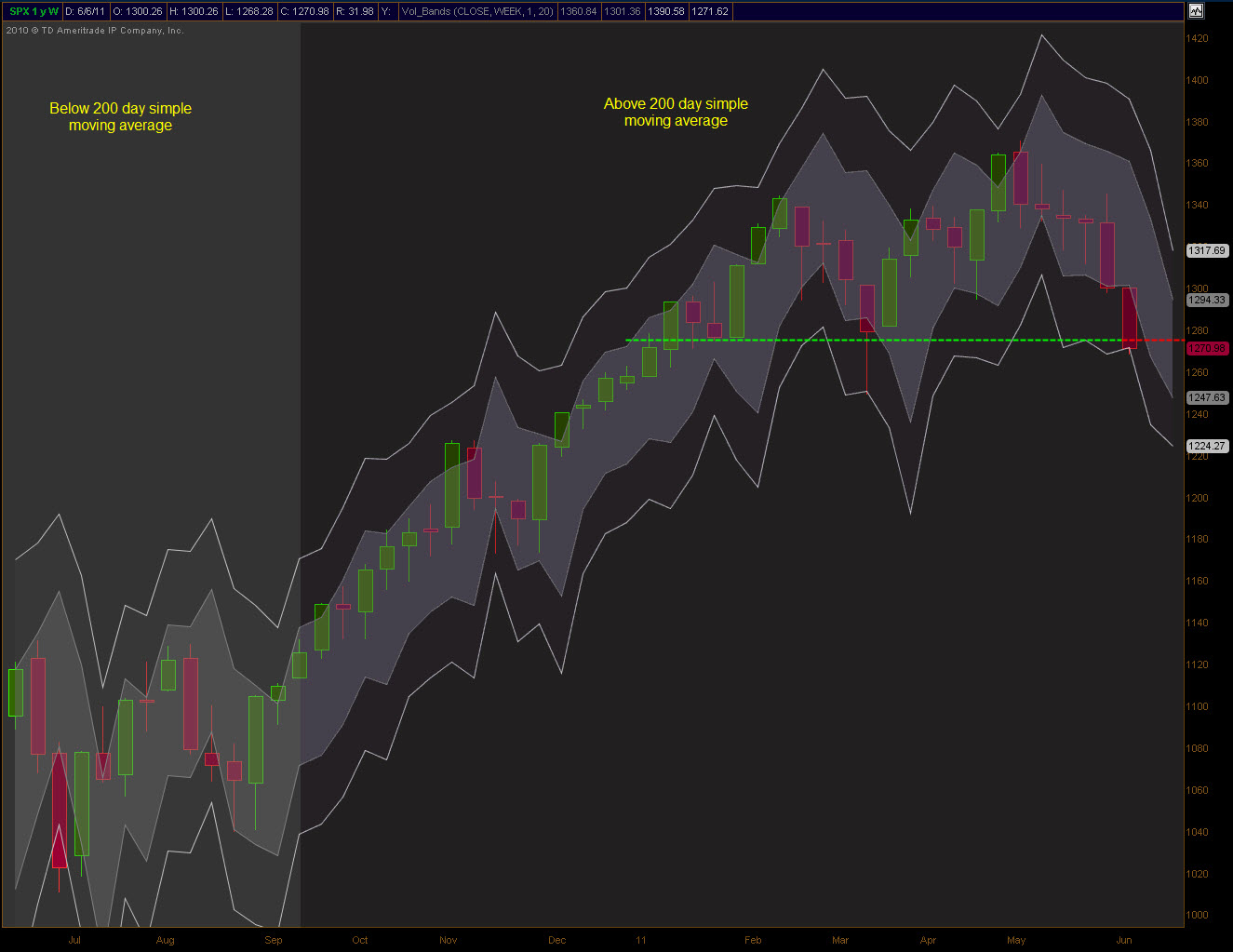