I love to trade options expiration week and thought I would share one of my strategies that involves credit spreads. I choose the $SPX because it’s what the IRS calls a “broad-based index” and thus is taxed at a 60/40 rate where 60% of my gains are treated as long-term capital gains. I like to either sell calls or puts just beyond a significant psychological level and this month I’ve focused on the 1200 level. Starting Monday I sold the 1210 calls and bought them back earlier in the day today. Did I know the market would move lower today? No. But I did know that the extrinsic value in those 1210 calls would start to dwindle as the week progresses. The fact that the market did move lower made it that much easier to buy them back for less money.

I’m not selling them naked though and will typically write a 20 point spread knowing that I’ll loose whatever premium is built into the further OTM option I’m buying for protection. 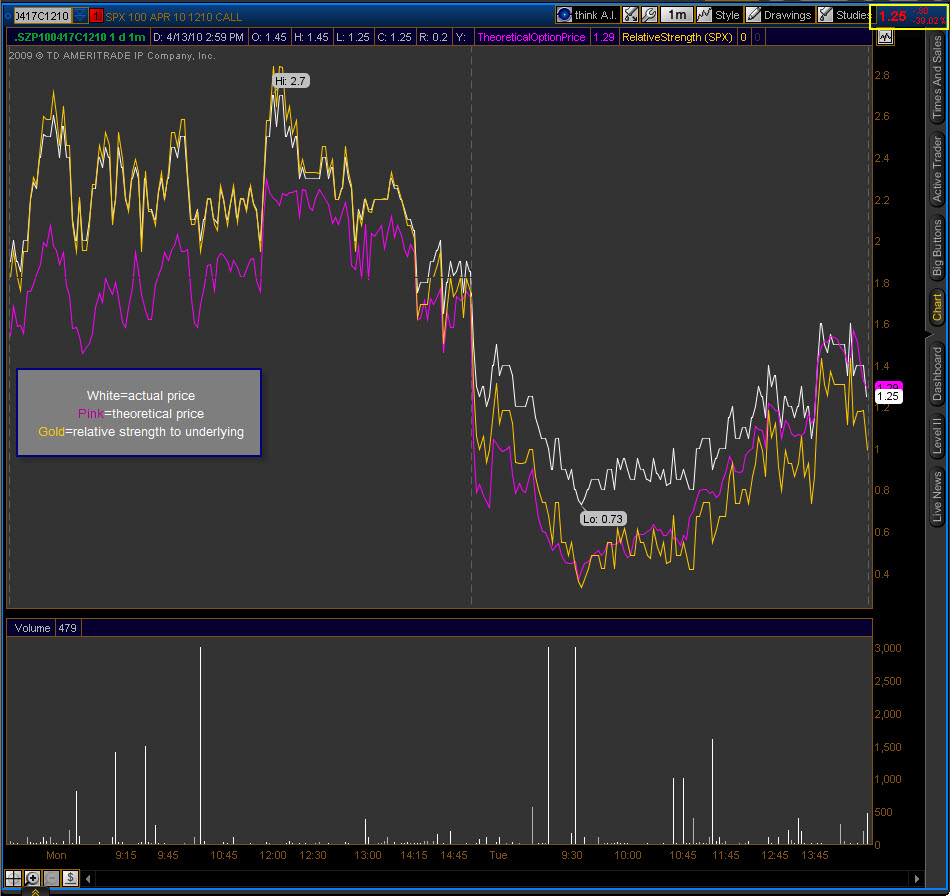 However, opex week that premium pales in comparison to the option I’m selling and this month was no exception. Take a look at the chart below of the April 1210 call in the SPX. It lost 39% of its value today even though the SPX itself closed higher by 0.07%.

The chart below is of the spread that I used and you can see that it has lost 40.5%  in two dayseven though the SPX moved higher. One caveat for those of you thinking to replicate this. The SPX is a cash settled index so the last time you can trade it is Thursday but where it settles is Friday’s open (actually it’s the opening price of all 500 components). Therefore, I never hold them overnight past Wednesday. You never know what could happen overnight or pre-market that Friday and it only takes one “whack” to make you realize how stupid it is to hold into the settle. It’s not for everyone, but if I can make 40% on it in two days it’s worth it to me. 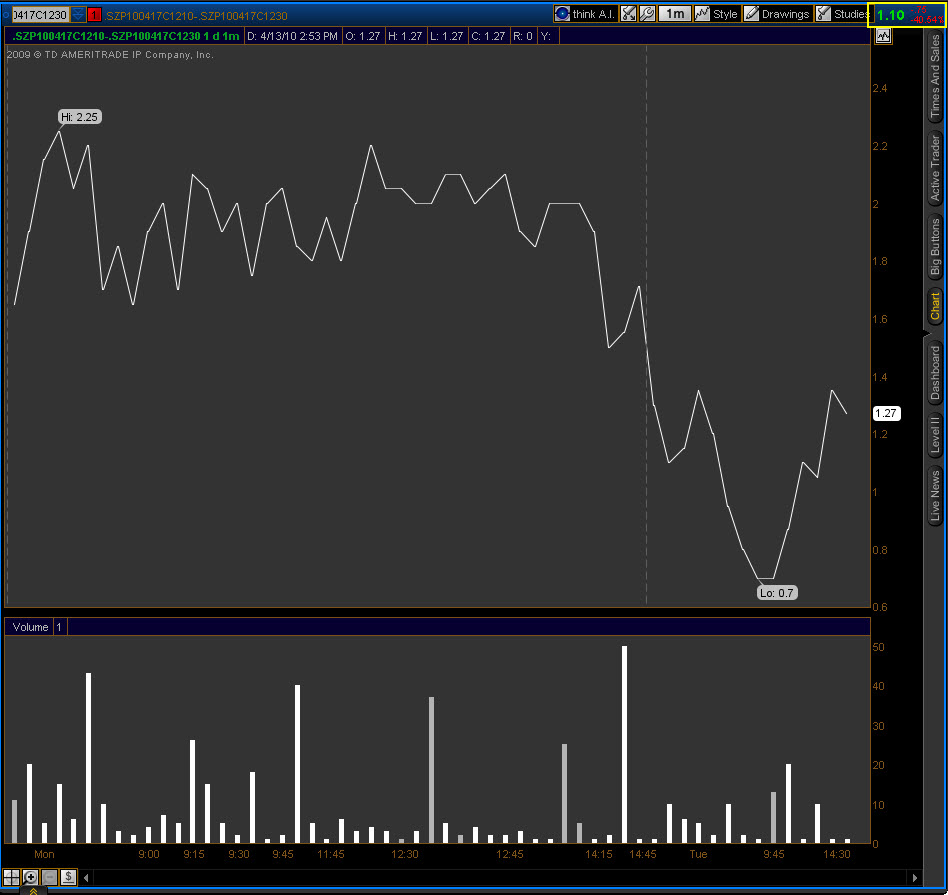