So much for that new level of support in the broader market ($SPX)! No news to shock the markets and we fall right back down after making a higher high. In technical terms we did make a higher high after making a higher low, so we need to watch and see if the higher low holds at this point. No real data coming out tomorrow either but there is some buzz going around about the big 3 bailout package being passed tomorrow. 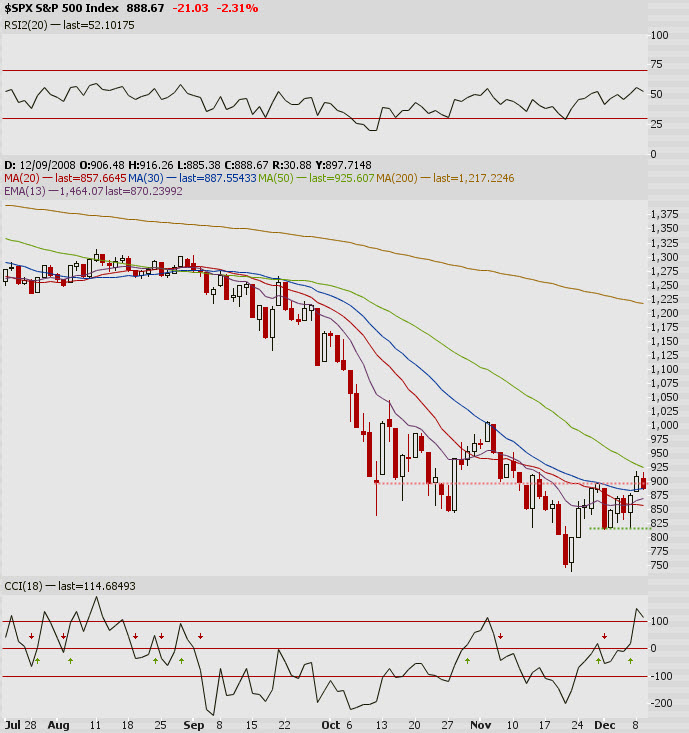 Unlike yesterday we had a bit of a tug-o-war up until lunch and then after that the breadth shows a solid bearish tone to the market. The bullish side to today’s price action is that the volume was extremely light. The bulls were also able to keep the broader market above the 30 SMA as well. 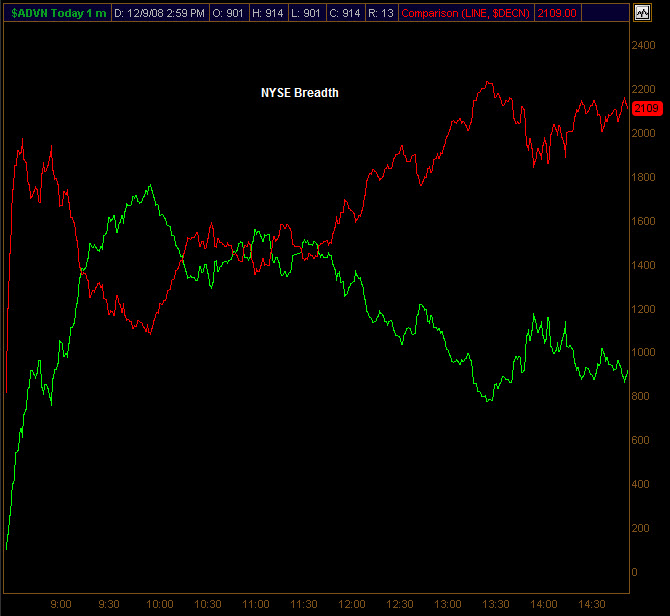 It was a bit of a different story for the tech heavy Nasdaq ($COMPQ) today though as it printed a gravestone doji after running up strong in the morning. However, it was able to stay above the newly formed support, but with today’s candle it looks a bit vulnerable. 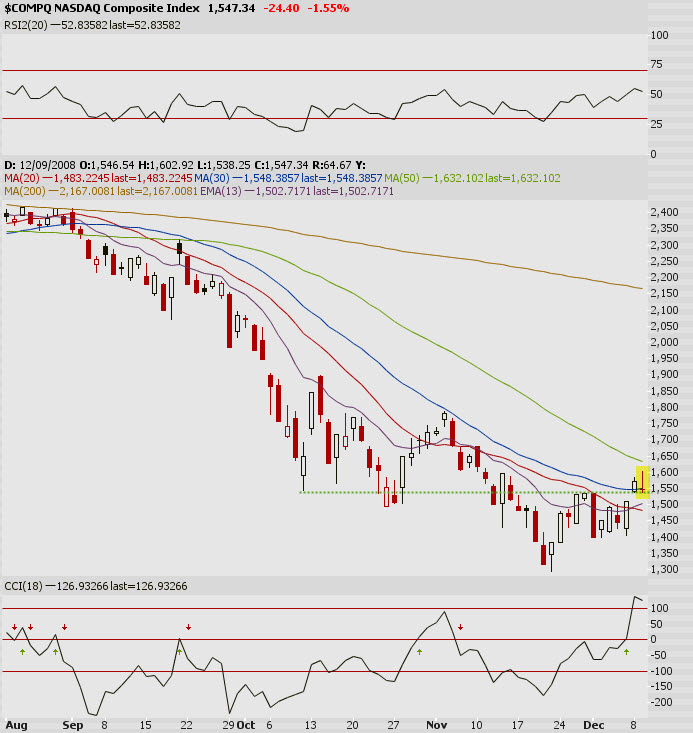 FedEx ($FDX) was taken out back behind the woodshed today as it warned of a miserable 2009 and as a result, the stock fell 14.5%. From a technical perspective there are some decent targets to the downside. However, with today’s surge in volume, and a bit of a pullback late in the day, it may bounce before moving lower again. 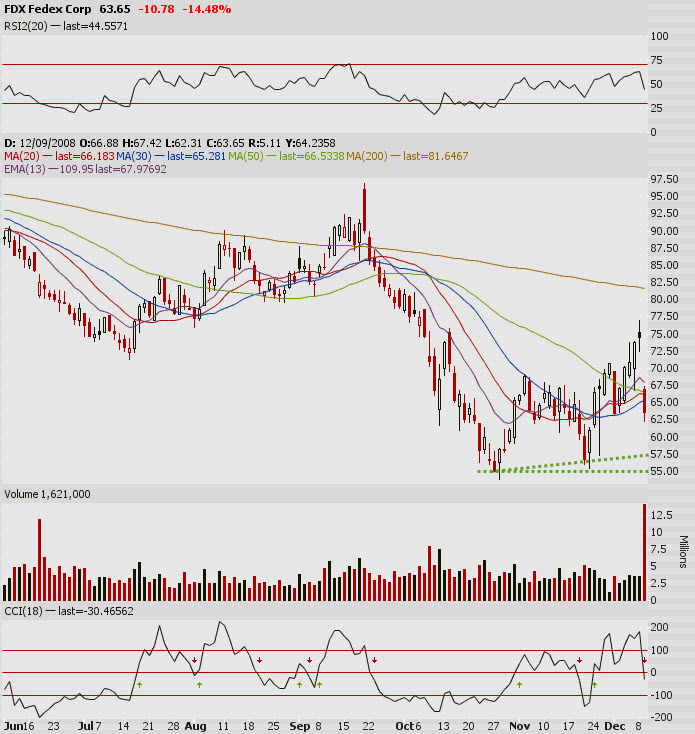 Tomorrow we get wholesale inventories, crude oil inventories and the Federal budget balance. There are no S&P 500 companies that are reporting earnings tomorrow.