The bull’s buying of every single dip seems to be unbelievable to many as they continue to try and pick a top here. This sideways action, like we had yesterday, is dangerous for those attempting to gauge the “epic fall” that is “so overdue.” I see the same indicators and hear the same rhetoric, but prefer to watch with a technical eye. If the market does break down I’m sure I’ll have plenty of time to get short. Here’s a few levels I’m watching right now to guide me in my trading.

2. Post QE2 we now have a new level of support at 121.80 (Prior resistance from April earlier this year). 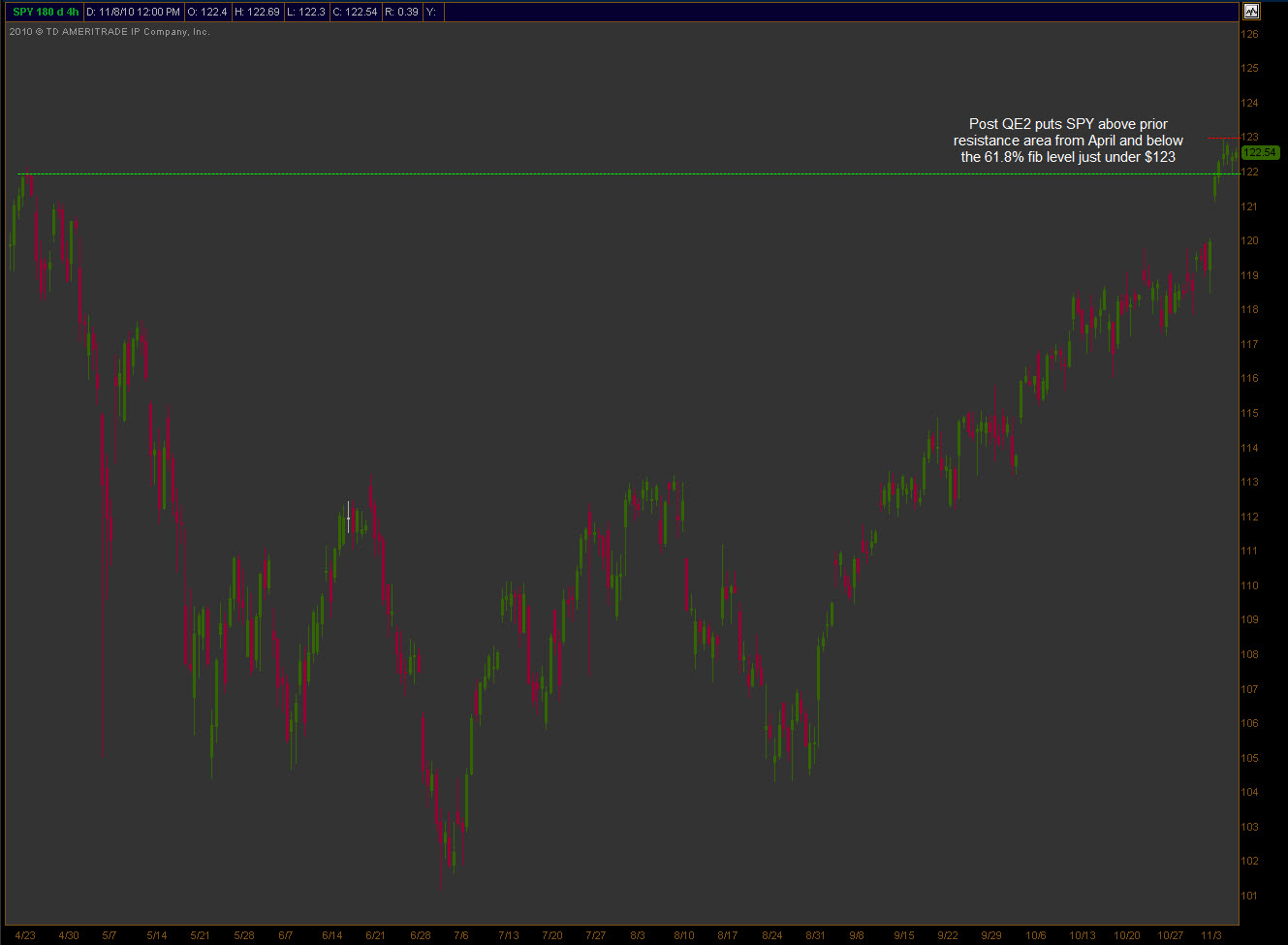 Pre-market today has the $USDX on the ropes and the $SPY trading just under that resistance mentioned earlier. If we break through that fib level we could see some stops hit and new longs entering (“dumb money”?). Such action puts the 130 level out there as an upside target that served as resistance back in August of 2008. 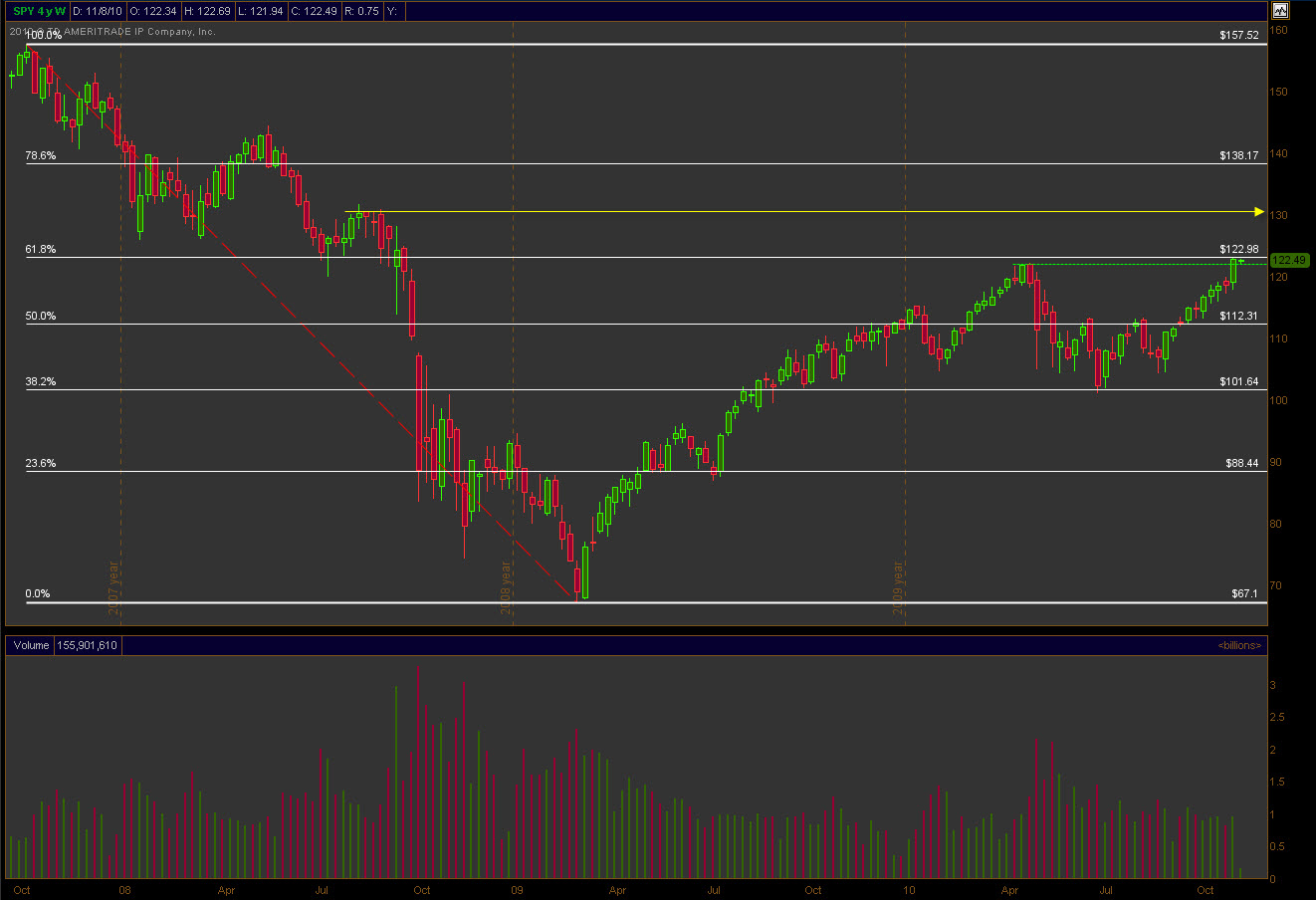