This market is juiced and as a premium seller I’m loving it! This indecision leads to higher premiums being paid for out-of-the-money options which allows me to collect more on the various spreads I sell. I thought I’d share a few charts I look at starting with the 60-day chart of the $SPY. First off, there are lots of gaps to fill on both the upside and downside. Secondly, notice how the bottom of the linear regression channel (-1 standard deviation) has been tested. It took a while for that level to be tested and as such, it also provided a great opportunity to sell some weekly put spreads in $SPX. 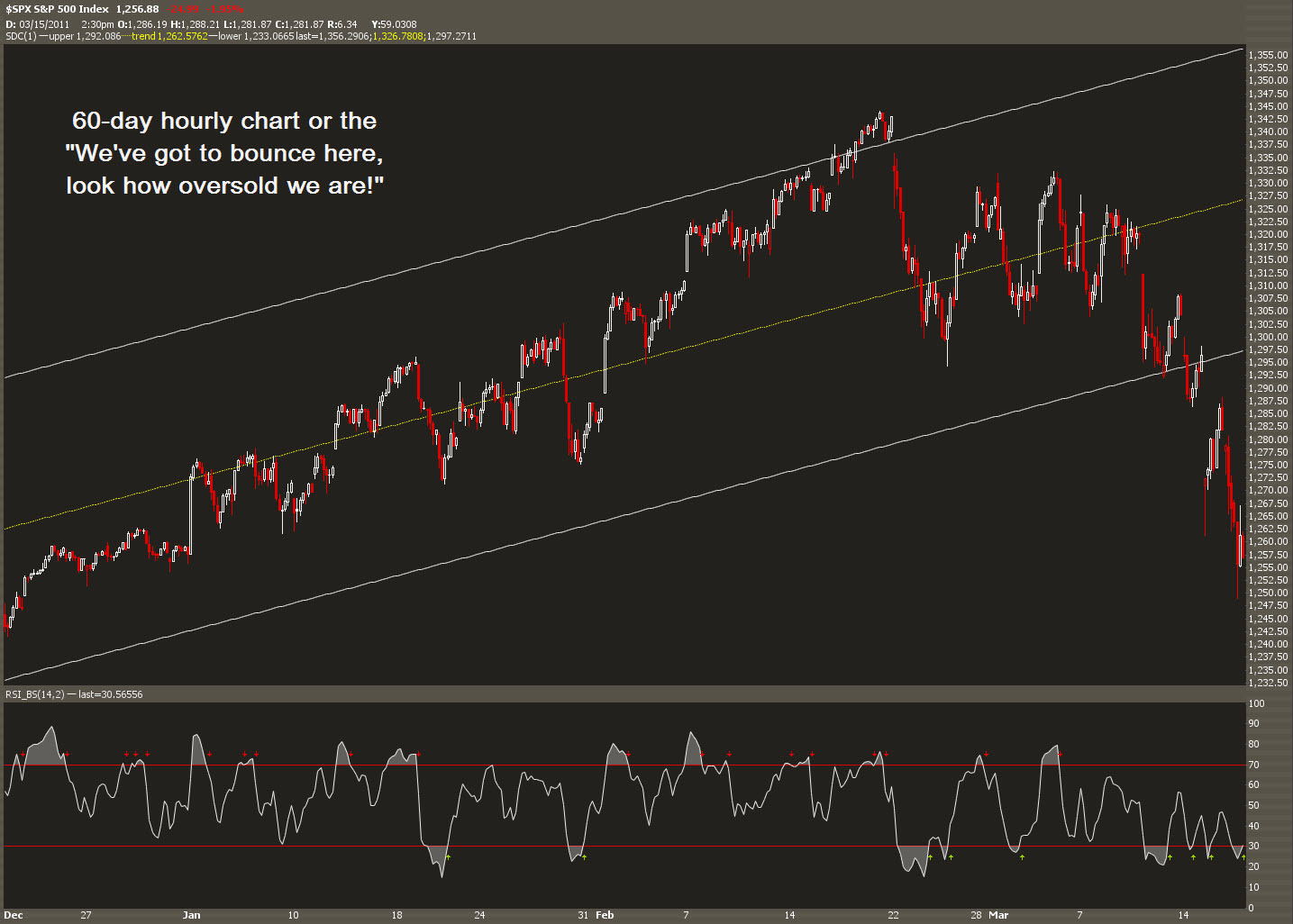 For the week, the SPY finished above the volume point of control (VPOC) but under the value weighted average price (VWAP). I keep note of the weekly VWAPs and VPOCs for reference points in the future as they can become key technical levels. 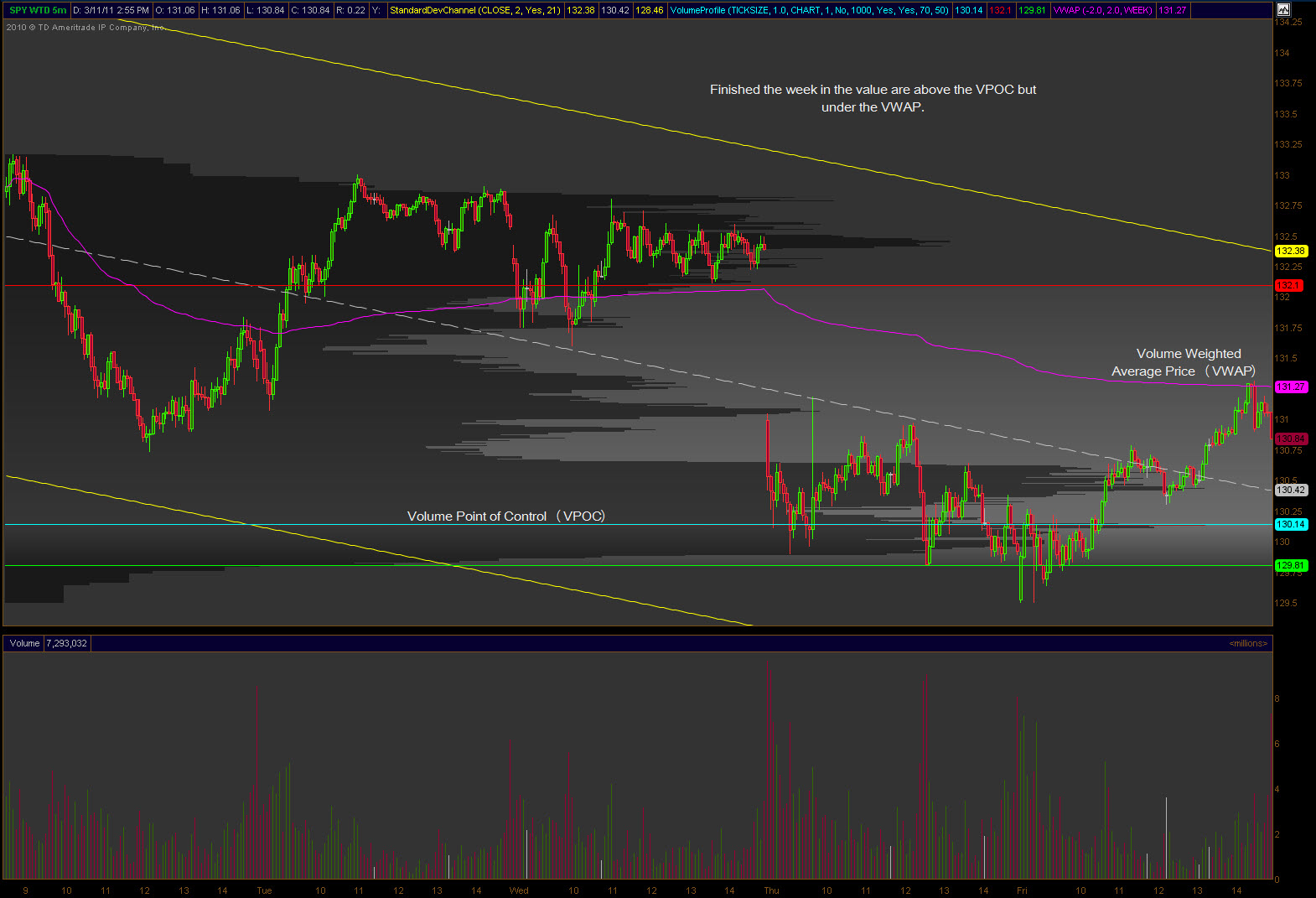 Moving to a weekly chart of the $SPX, there are some clear levels that I continue to watch. The 1293 level was key again this week as it was tested again and held as support. If that level breaks then I’d look for a quick trip to 1276 before I’d expect to see significant support for the broader market. 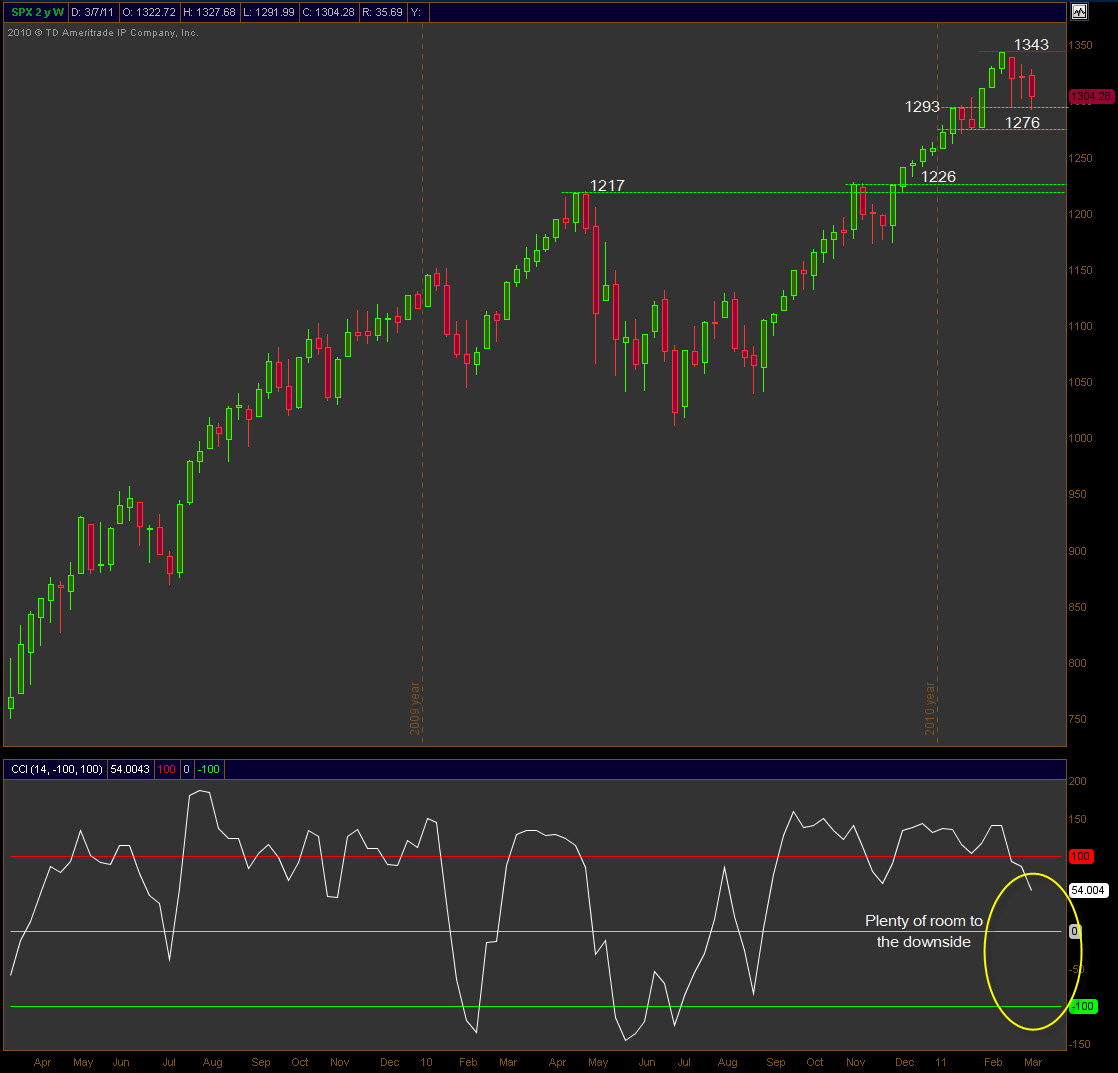 Lastly, I wanted to point out that despite the “sell-off” so many are pronouncing, the broader market is still above S1 on the option expiration pivots. Friday also allowed the SPX to close back above its 50-day simple moving average. What’s key for me in the chart below is how the April opex pivots have come in. For me, this inward movement provides greater risk for a test of S2 or R2 so I’m looking further out than usual simply because I don’t want to deal with adjusting a position because I got greedy. Adjusting opex cycle spreads sucks, plain and simple. 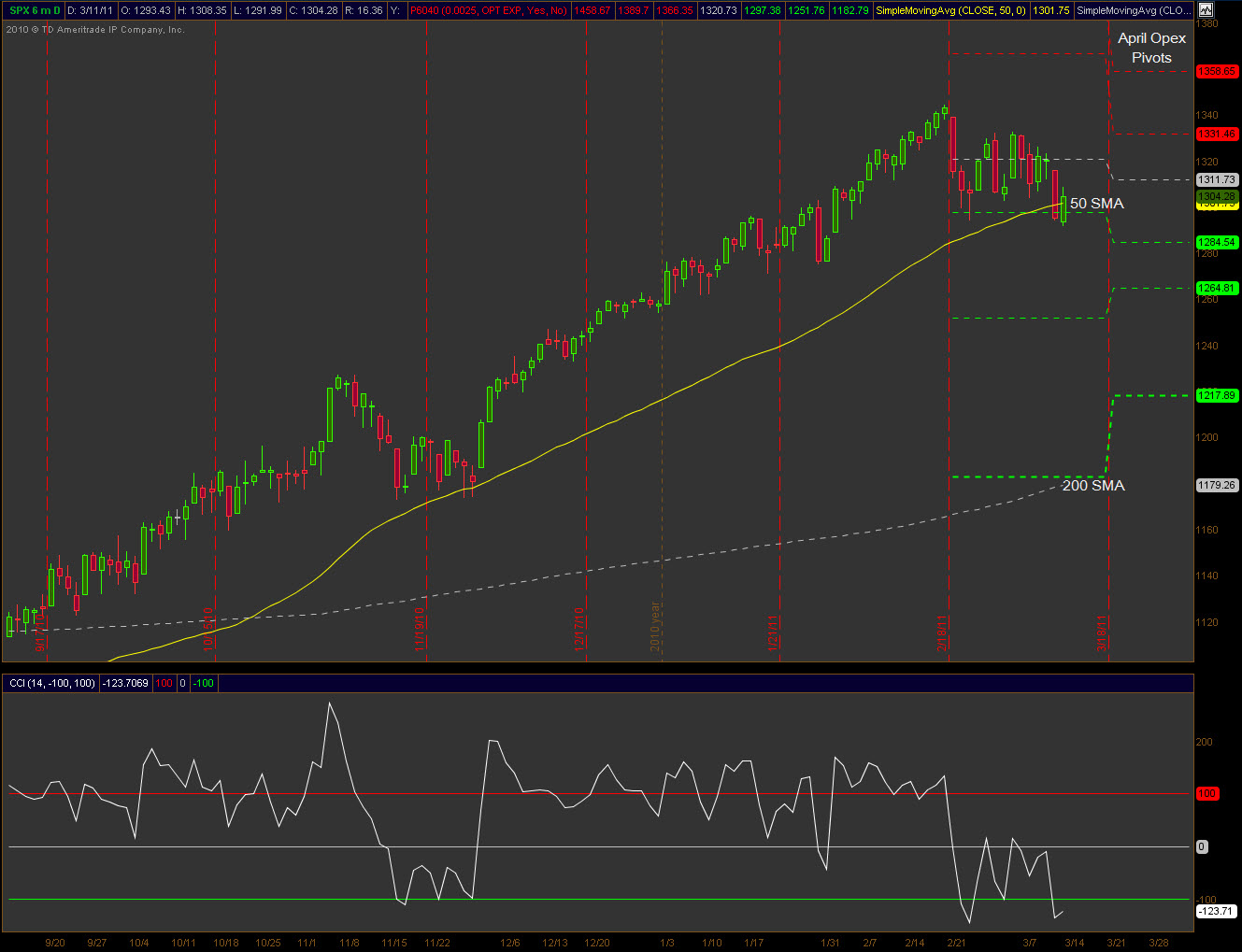 Other than the technical levels I’m curious as to whether or not the bullish run into the FOMC on Tuesday holds up as it has in the past. I’m not holding my breath. Also curious as to the response we’ll get as the last two have been non-events. Should be a great week as I’ll be looking to enter my April spreads for SPX fully expecting my March position to expire worthless. Three months into 2011 and it’s been a great year, almost too good and that has me concerned.