Today’s volume looked like pre-market trading as there just wasn’t much participation. It’s only going to get worse as we approach the half-day on Wednesday as investors are looking elsewhere to dull the losses until the new year begins. Although, on Wednesday we do get three rather large reports from the government so we could see some nice price action briefly that morning. We get the GDP, durable goods, and the weekly jobless claims, all three of which are decent catalysts. 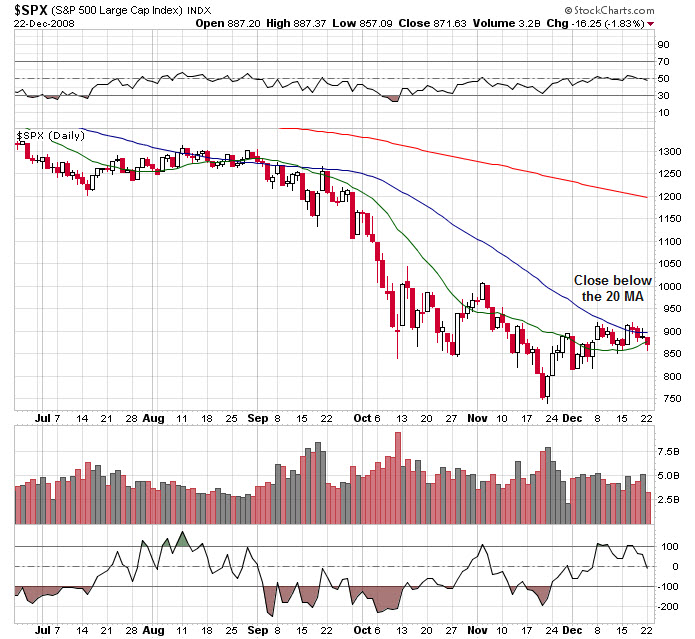 The TED spread, which gauges the banks’ willingness to lend, slipped below 150 basis points for the first time since September. This level was just before the collapse of Lehman Brothers. The spread remains historically high, having averaged 38 basis points in the year before the credit crisis began in August 2007. Nonetheless, it is good to see that spread break the 150 level with the Fed cutting to near zero and promising to keep liquidity at the fore of any decisions. 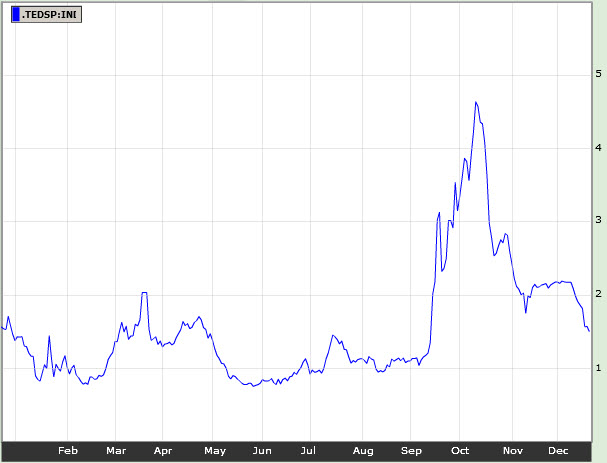 We may be seeing the end of an American institution as we know it. General Motors (GM) fell 17 % to $3.73; trimming its 23 % gain on Dec. 19 after the government approved emergency loans for GM. Credit Suisse came out today and said that GM’s equity could be decimated or at the very best not quite gone. The big strain on GM is that they have until March 31, 2009 to outline their restructuring plans and the word on the street is that it won’t happen. In other words, the inevitable bankruptcy has been given a leave until April of next year. 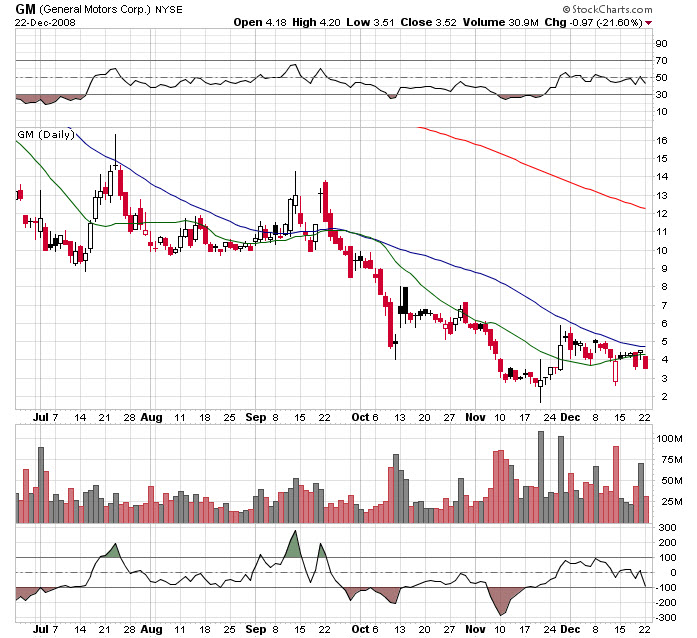 Tomorrow we get the final GDP, existing home sales, new home sales, Richmond manufacturing index, and a few numbers from the University of Michigan for consumer sentiment and inflation expectations. MU is the only S&P 500 company reporting earnings tomorrow.