On the eve of the FOMC statement the market is usually ambivalent as there is concern that the Fed won’t do what the market wants. With only 100 basis points to “play with” the market is pricing in at least a 50 basis point cut and some would argue 75! That would take the rate to an all-time low and nowhere else to go but up really. The announcement doesn’t come until later in the afternoon tomorrow so expect more of the same until then especially with the CPI coming out before the open. 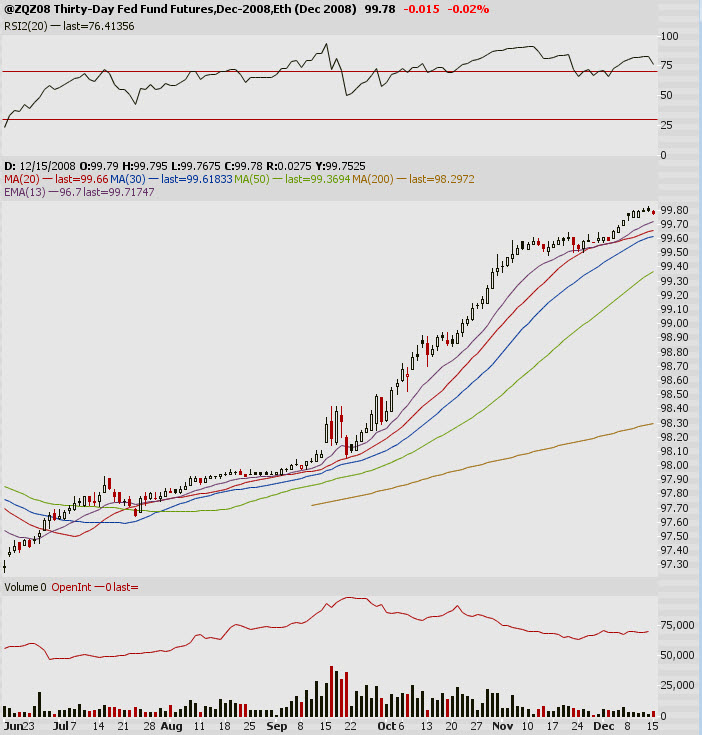 Another key area to watch regarding the Fed’s decision is the USD ($UUP). The dollar sold off hard today because the belief is that the dollar will either be the lowest or second lowest yielding G10 currency after tomorrow’s decision. That is if the Fed does give the 50 basis points the market wants or 75 basis points as some suggest. With the dollar weakness oil typically rallies, but that was not the case today as oil posted another loss today, nearly 2.5%. 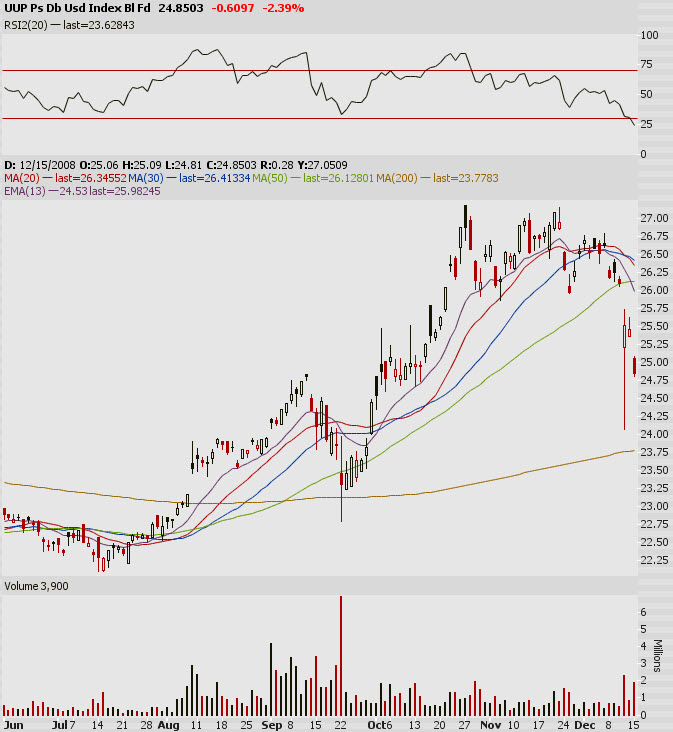 With the Fed statement tomorrow we can’t forget the skeletons that keep falling out of closets all over the world. You know, the ones that everyone was talking about today—Madoff. Yes, probably the biggest Ponzi scheme to ever hit the face of the earth and odds are pretty good that the arms on the skeleton reach far and wide. With most investor’s retirement accounts in shambles, this news only adds to the uneasiness about the equities market as a whole.

Tomorrow we get the building permits, CPI, housing starts, and the FOMC statement. BBY, GS, and ADBE are reporting earnings tomorrow.