Today’s price action shouldn’t be too surprising given the history that will be made tomorrow. Yes, that’s right, everyone that’s a citizen of the US should be voting tomorrow as we will either have the first African-American President or the first female Vice-President. It’s a crap shoot as far as how the market will react as Republicans will claim that Wall St. likes a Republican White House, while the Democrats argue the opposite. The real catalysts will be if one party controls both the White House and Congress as that has proven detrimental to the stock market.

The volatility ($VIX) continued to come out of the market today with a 9.15% drop. However, the current reading of $54.41 is still at an extreme level, but far enough away from it all-time high of $89.53. The thawing of the credit markets is probably a big catalyst for the move lower, along with drops in crude and gas. Not only were the swings in the major indices minimal, but so was the volume and both of these actions can lead to less volatility. 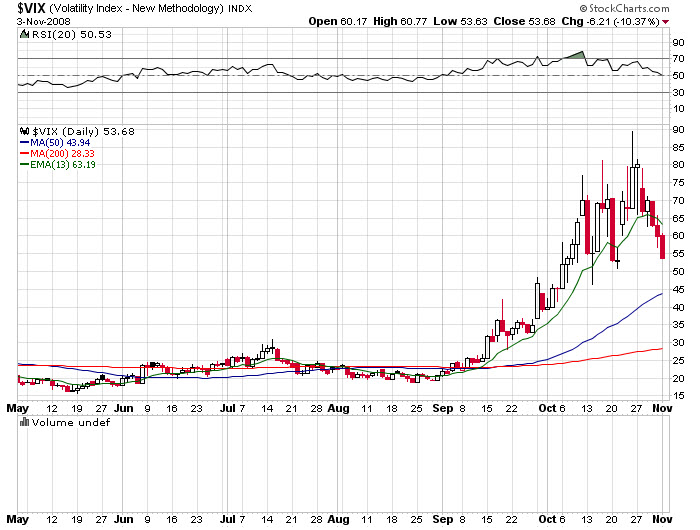