The current debate going on is whether today’s rally was due to the presidential election or the belief in a year-end rally. I’ll add to the debate by throwing out the possibility that we are in a bear market rally and that as soon as the numbers are tallied tonight, the market will sell-off. Now, I’m not saying that’s what’s going to happen, just giving another scenario as some tend to forget that we have been in a sustained downtrend for all of 2008.

As the US Dollar fell today, both gold and oil climbed higher. Not unusual to see such price action, but gold really took off today with a 5% gain. Oil shot higher as well by nearly 10% and settled at $70.53 a barrel. Take a look at the charts below for all three and you can see that there were some technical levels broken as well. 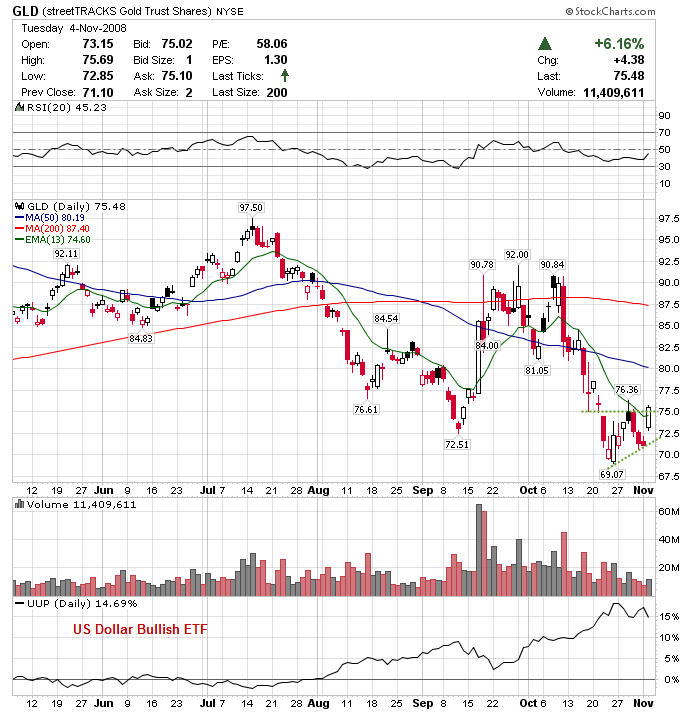 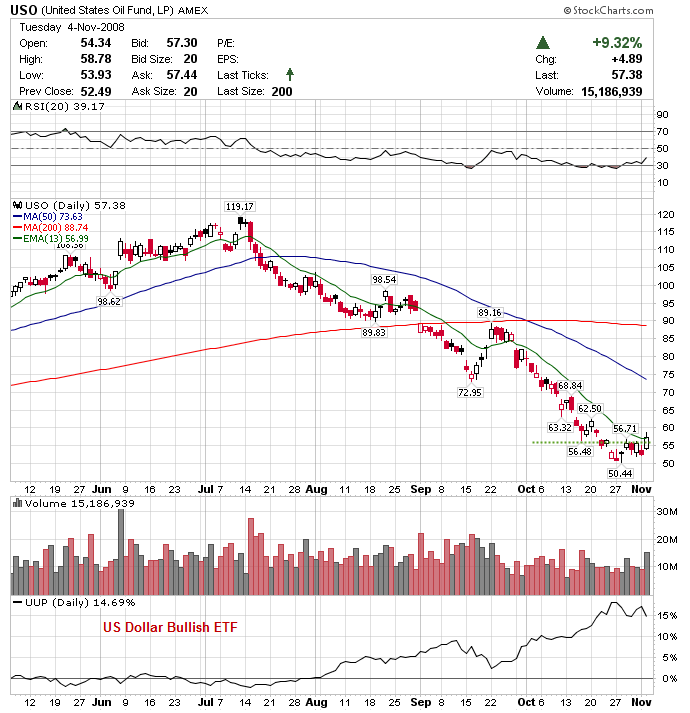 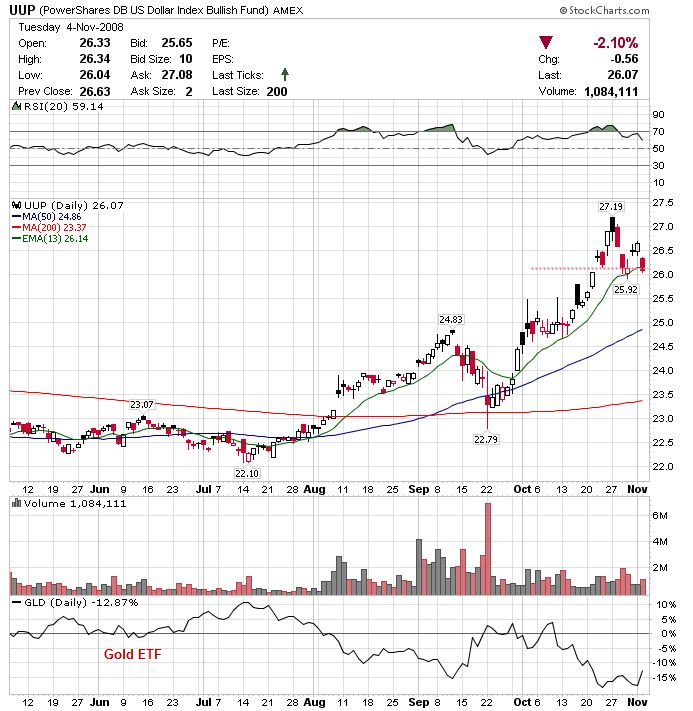