Oxygen Mask Have Fallen From The Ceiling

Unless you were fishing in the remote mountains of Montana you were witness to a market squeeze that seems to only happens when most aren’t expecting it. I had pointed out last week that despite the technical picture my gut was telling me we move higher. Turns out my gut was right but I was not thinking we would have nearly the week we did. If anybody tells you that they were 1. prepared for last week’s price action and 2. executed effectively I’d be sure to have boots on because the BS is freely flowing.

No doubt last week is burned in the retina of many whether they approach the market from a technical, fundamental or quantitative lens. The $SPX is in the extremely overbought territory but I can’t help to think that we touch the 1345 area on Tuesday before a pullback. Having a holiday shortened week may impact that though as the futures will trade sans cash Monday and that tends to impact the open Tuesday.

Some of the extremes I’ve seen are:

The technical picture suggests a pullback is due but that doesn’t mean it will happen.  Hell, even bulls want a pullback here so they can reload and increase size. The grossly overbought signals can correct over time or price and as such I see the 50-day SMA as a short-term level of support going forward. If we move right back down through it due to the jobs data or some other catalyst this week then my belief is that the 200-day SMA will not hold another test and the March lows are the target. A failed attempt to test the 50 as support would be the second such attempt in a month and as such would not bode well for the bulls.

Here’s a few charts of the SPX that I found interesting and ones that I look at every week. The one that stands out the most is the last one which is weekly candles and the volatility bands. I had mentioned last week that the bands widened anticipating a move and we came within 10 points of the top. Incredible to say the least. 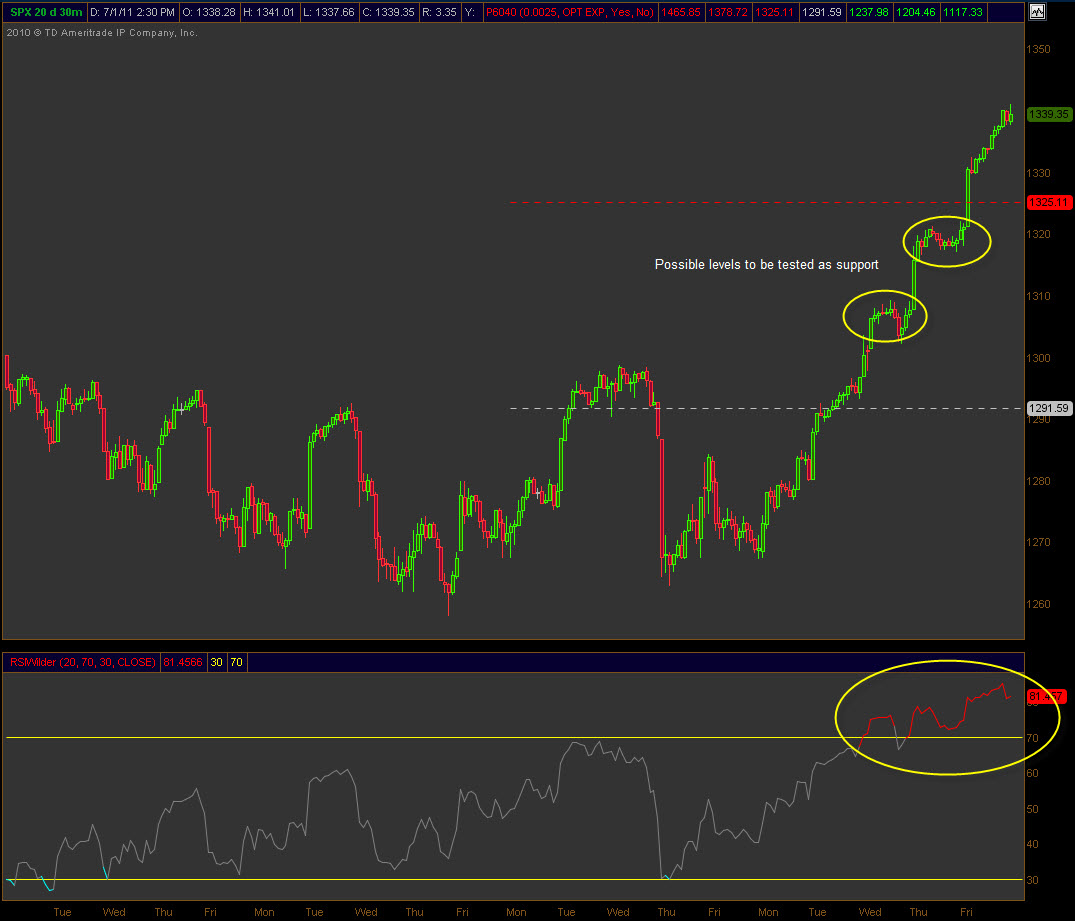 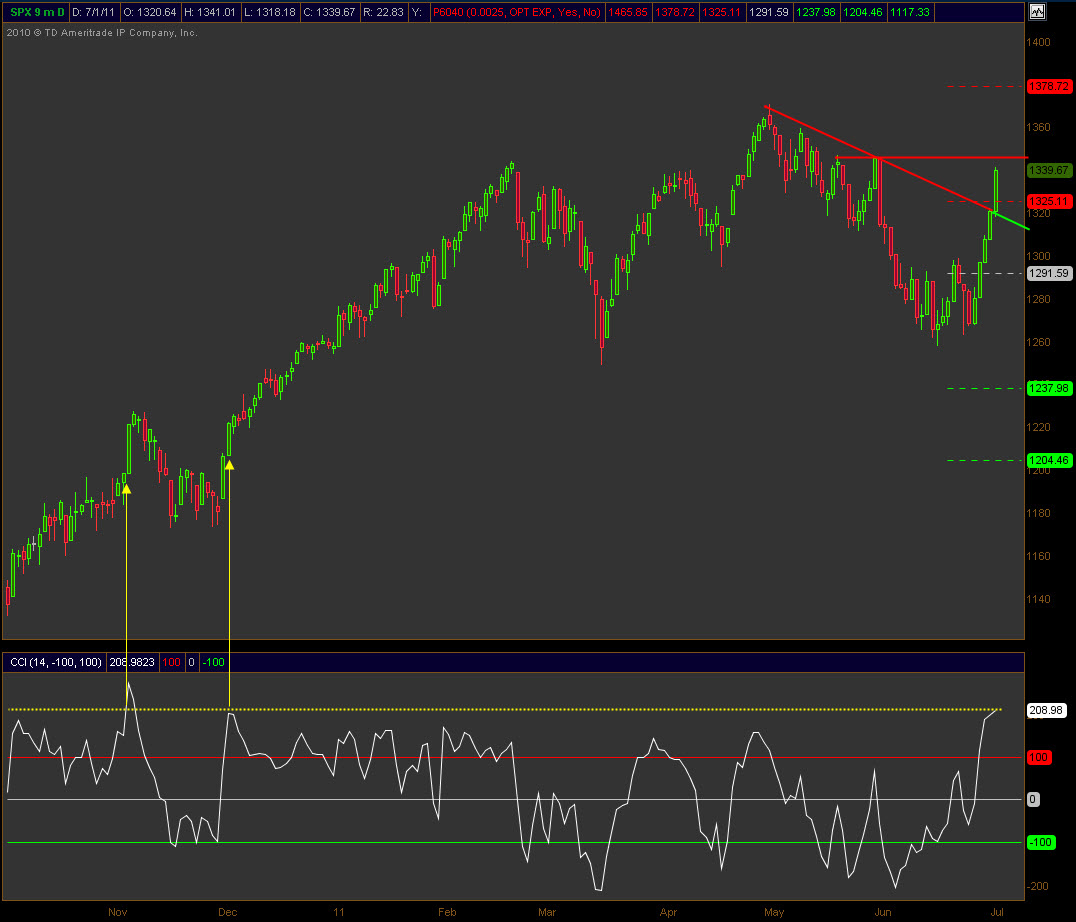 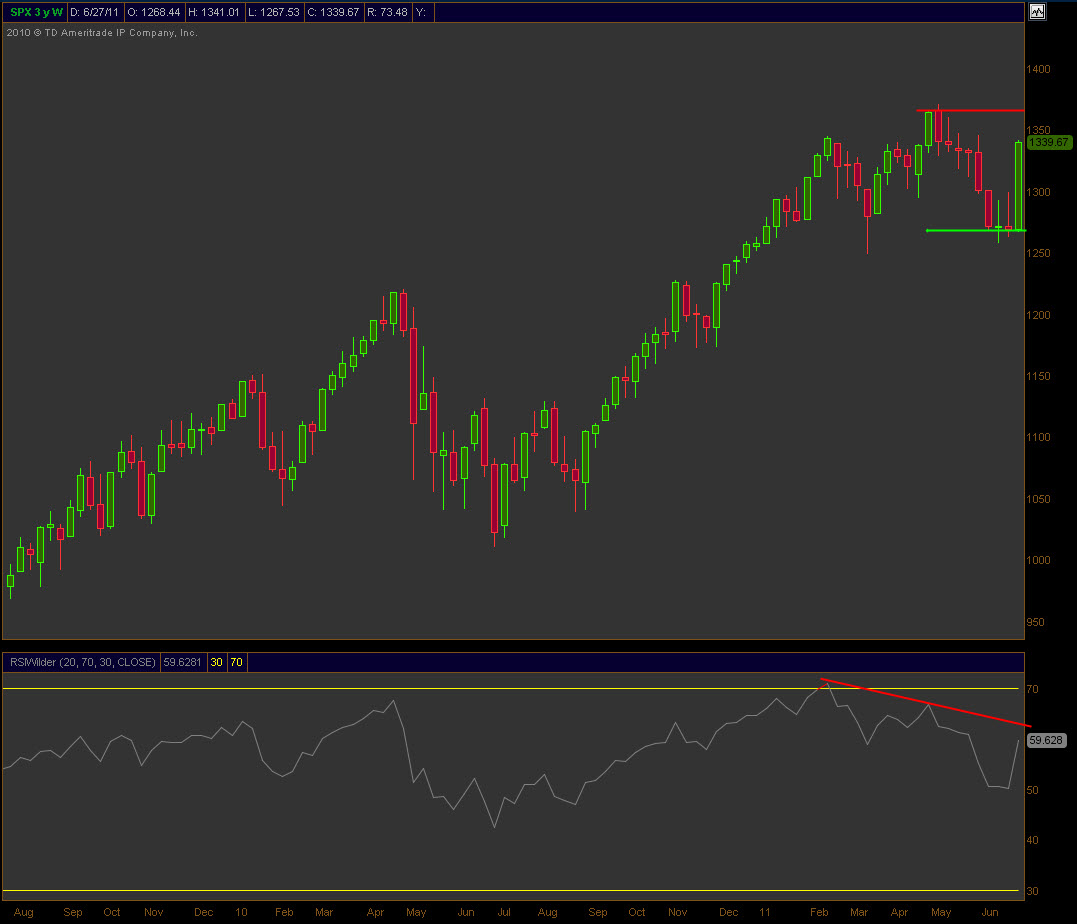 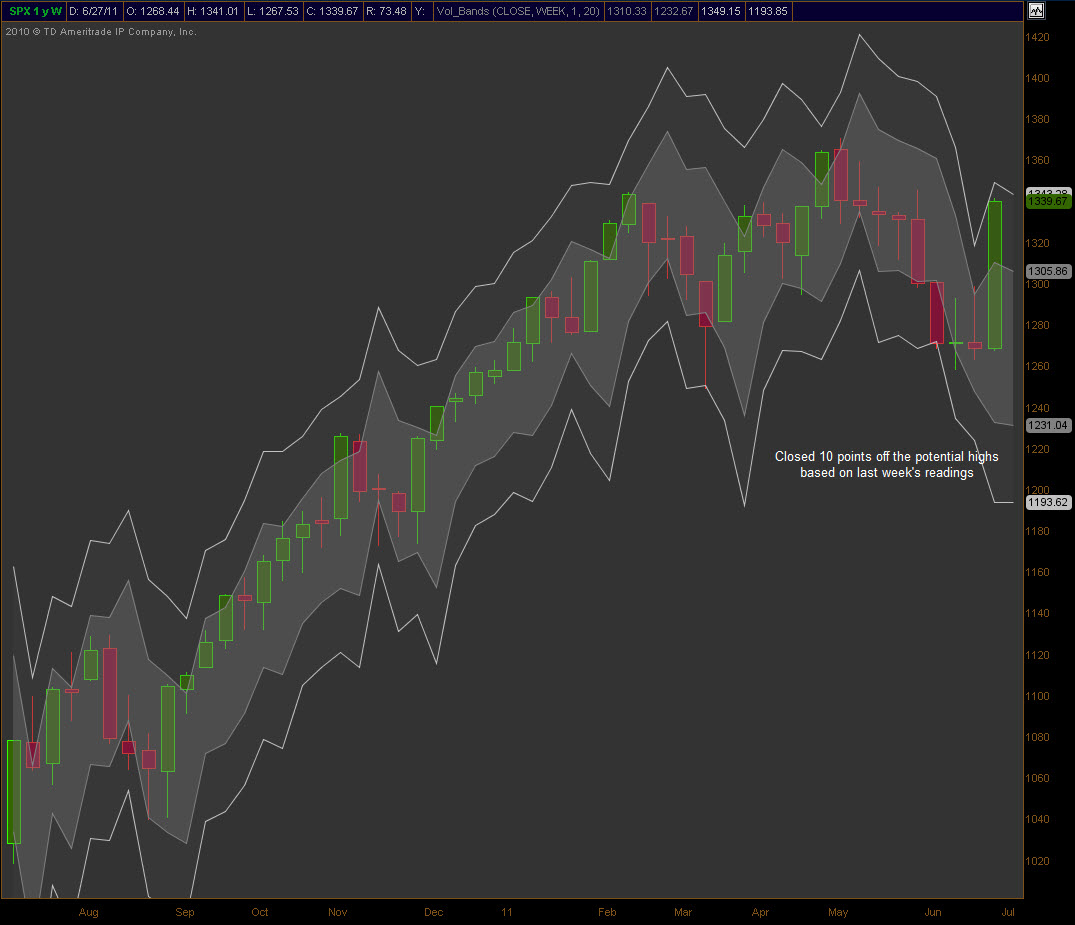