One Way I Use The Relative Strength Index (RSI)

I was asked more than once on twitter this week how I use the RSI information that I tweet on occasion so I thought I’d write a quick post to answer the question. I trade the $SPX and so I keep a running tally on the components and what they are doing. 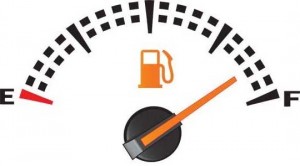 Seems daunting at times but I find the information I collect from the task very valuable. One of the metrics I follow is the two-day relative strength index (RSI). Using the traditional thresholds of 70, signaling overbought and 30, signaling oversold, I keep track of the percentage of components trading at those extremes.

How I use that information is confirmatory in nature as I would never take a trade based of off this data or any single piece of data for that matter. As an example, the SPX is approaching the 200 day simple moving average from above for the third time in a week. I’m looking to see what the percentage of components are giving a short-term oversold signal to see if there is a greater chance of a bounce or breach. As of Friday’s close the SPX has roughly 63% of its components trading with an RSI(2) under 30  and we are 5 points away from the 200 SMA. There’s gas in the tank to breach that level and, as I mentioned, this level has been tested twice before in a short period of time so I start to form an educated guess and delve into the chains.

What I look for specifically:

As a premium seller I love sideways action and I appreciate the occasional bounce and pullback off of key levels. If it looks like a breach of a level is likely I will wait for it to occur and watch for plenty of stop orders to be triggered to both get in and out of a trade. This drives the SPX beyond that technical level but also pushes the RSI(2) to an extreme (beyond the 10/90 levels). If implied volatility has increased and perhaps fear, then I sell some premium in the direction of the breach. It’s never easy, but I wouldn’t want to trade any other way. And weekly options have truly enhanced my returns this year.