It’s no secret that one of the most volatile economic reports out there is the BLS’ nonfarm payrolls report. Probably one of the most studied and gamed report but I don’t have the data to prove it. I thought I’d share how I use the report to manage risk.

It’s good to know the history of market reactions leading up to the NFP data. 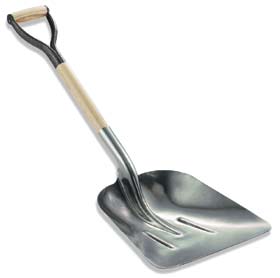 Earlier this week Dynamic Hedge posted an excellent article on some historical tendencies of the fourth quarter. Those that read/knew what to expect and were prepared as such have been rewarded. It’s also good to know what the consensus is to gauge market reaction after the data is released.

It’s always good to understand the underpinnings of the report itself. I’m talking about data points like average hourly earnings, revisions, seasonal adjustments, etc. You don’t need to be an economist to understand the report but know it’s important to form your own opinion of what could/should happen then compare that with the actual reaction. You should already have a plan in place to manage risk ahead of the report, that’s what a proactive trader does.

In my opinion it’s what happens after the release that’s most important. The futures market will let you know what it thinks of the data almost instantly and the first move is usually knee-jerk and wrong. As an options trader I can’t trade (my choice) until the cash market opens so I have about an hour to watch in anticipation. Over the past few years the market has reacted positively to good reports and negatively to bad reports. However, those gains are marginal at best. What needs to happen for real movement to occur is a large discrepancy from the expected number and the real number.

This may not come as a surprise but on days where the NFP report is very strong relative to expectations the market has sold off. On the stronger days the tendency is to have a gap higher then fade after the first hour or so. On weaker days the reverse is true where we gap lower then bounce off the lows. Here’s the edge though. If a strong report is faded it’s average loss is minimal (less than -.2%). If the report is weak, then gains are much larger with an average gain of 1.25%.

The market is poised such that a weaker than expected report could lead to a gap lower so I’d be watching for history to repeat itself and trading accordingly. The ADP data on Wednesday has led many to increase their expectations so trade accordingly. I guess the biggest caveat to all this is the macro events that tend to trump any and all economic reports these days.